Pinball Evangelism: Nudging Us in the Right Direction 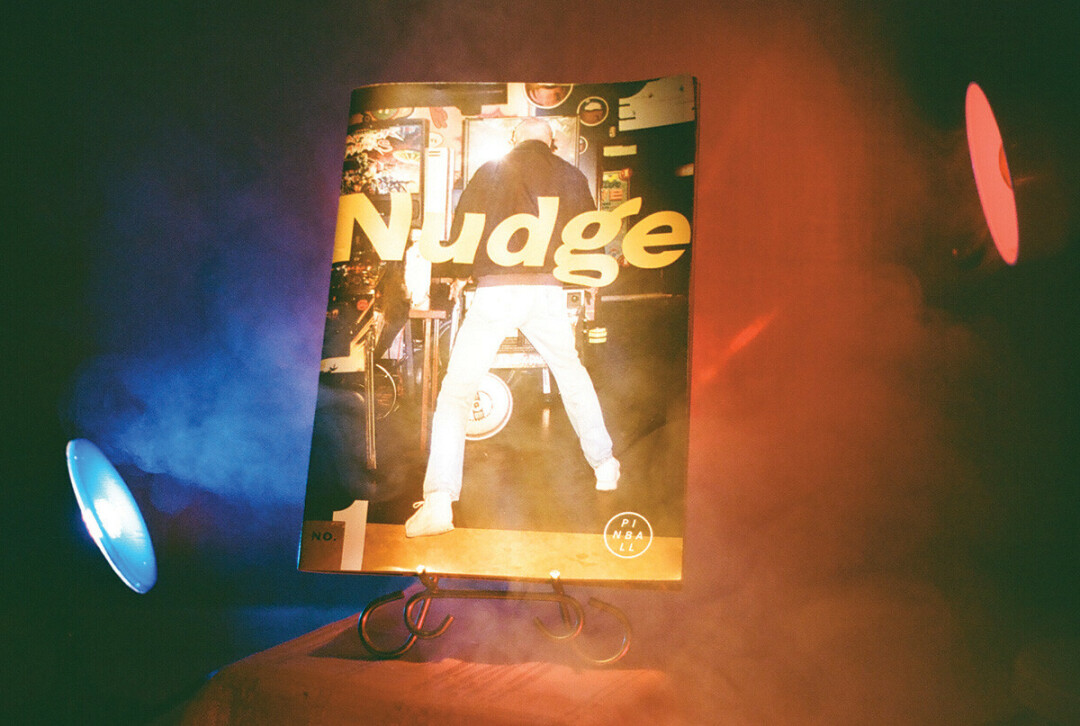 Stroll into a Chippewa Valley hang-out spot equipped with a pinball machine, and you might just run into Ian Jacoby racking up high scores with gusto.

Jacoby, an Eau Claire native writer, musician, and all-around creative, bursts with unbridled enthusiasm for all things pinball. He’s a certified Pinball Wizard, but with the amount of pinball knowledge Jacoby holds, he might as well be called the Pinball High Priest. Or the Pinball Jedi. He would humbly deny these titles, but you get the idea.

Among Jacoby’s many passions is talking to people about pinball (he’s really good at it). In fact, his dad gave him the best title of all: Pinball Evangelist. Taking evangelization to heart, Jacoby is celebrating the launch of the first print issue of Nudge, his magazine dedicated to pinball. After operating Nudge as an online magazine for about a year, the first print issue is jam-packed with articles, art, and pinball content galore.

Most of the pinball content out there, Jacoby said, didn’t have the right vibe. It wasn’t what Jacoby wanted to be reading. His solution? Make his own magazine.

Nudge, though about pinball, aims to be appealing to many audiences, not just pinball pros. It’s for people who appreciate writing, for artists, photographers, and creatives of all kinds. His goal was for it to feel like an art piece, something you’d want on the coffee table as a conversation starter.

PINBALL, FOR ME, HAS THE VIBE OF SKATERS. A LITTLE BIT DIRTIER, A LITTLE MORE SUBVERSIVE.

Like, these people are kinda freaks, right? There's just something wrong and obsessive with how society views skaters and pinballers. 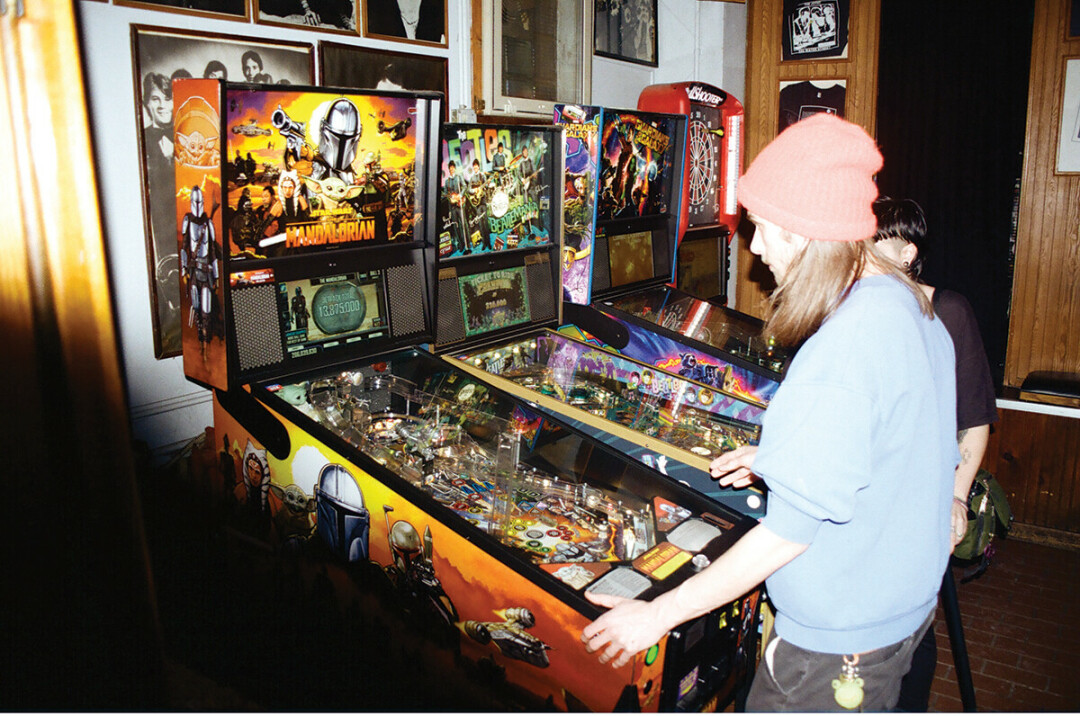 THIS IS THE WAY. Master the Mandalorian machine at The Joynt. (Photo by Ian Jacoby)

“Who cares?” Jacoby said. “What is the thing that says what is important and what isn’t important?  Who’s to say what’s high art and what’s low art? It’s all art. And that’s the stuff that went into Nudge.”

Pinball Evangelist that he is, when I confessed my recent pinball attempt (it was pitiful) on The Mandalorian machine at The Joynt, Jacoby immediately offered solace.

“Oh man, that’s a rough machine,” he said comfortingly. “Don’t beat yourself up too much. There’s a really nice Mandalorian at The View in Chippewa Falls. I have the high score on that right now, so let people try to beat it.”

If that doesn’t prove Jacoby knows his stuff, check out what he and his team are doing at Nudge, making strides in the pinball world and bringing pinball love to the masses. Of course, Jacoby is humble about that, too. “I just want to make good art with people who care.”

Find out more and order Issue 1 of Nudge at nudgepinball.com. You can also read Jacoby’s recent Volume One feature article about the Chippewa Valley pinball scene. 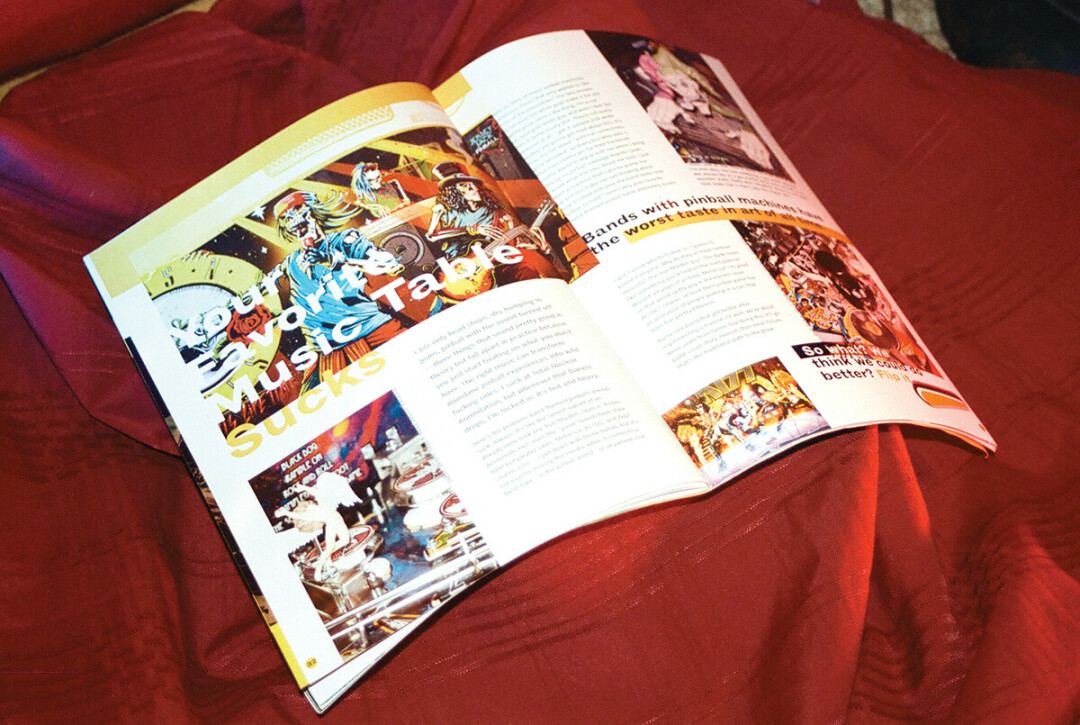 Inside the first issue of Nudge. (Submitted photo)
share
comments 0