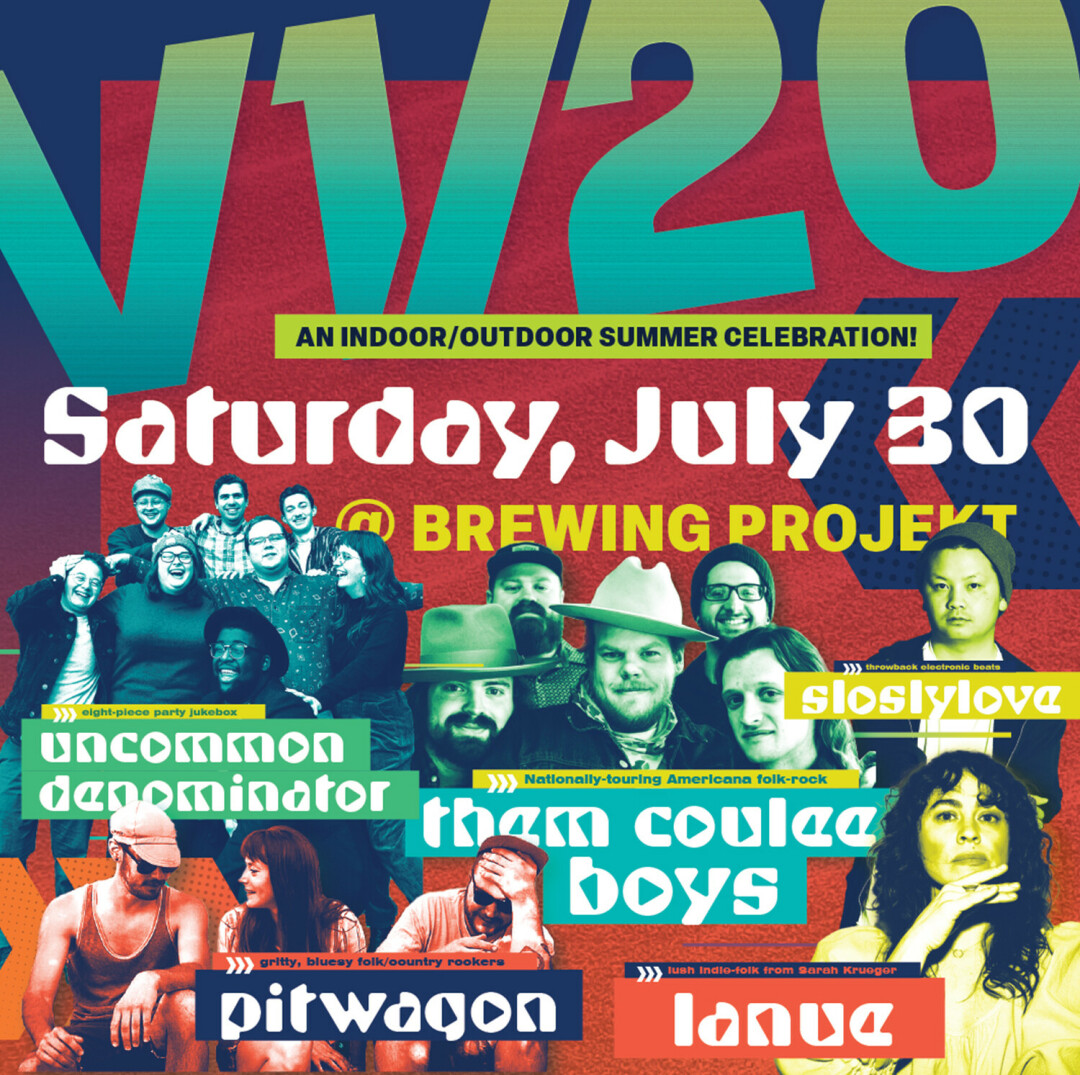 COME ONE, COME ALL. Volume One is celebrating its 20th anniversary in a big way, and you're all invited.

We can't believe it either – Twenty years! To celebrate, we've partnered with the Brewing Projekt and a bunch of other friends to throw one heck of an indoor/outdoor summer concert and party, tossing in a whole slew of fun stuff never seen in that space before.

It starts at 4pm on Saturday, July 30, and not only are we putting a covered stage on the patio and opening up the rooftop bar, but we're trucking in a bunch of free pinball machines and arcade games, releasing a special beer collaboration, inviting some award-winning food trucks, creating some live art and wood-cut printing, setting up a whole interactive kids' floor, and lots more. It's going to be a heck of a night, and you and the whole family are invited to come celebrate with us.

Volume One has held only three "anniversary" events in our 20 years. Our first was in 2005 at the House of Rock on Water Street (our third anniversary) during a massive March snowstorm, with Justin Vernon on stage (via DerYarmond Edison). Next was our fifth anniversary at the Stones Throw in 2007, coinciding with the release of our first-ever (and last-ever) Volume One book. And most recently, in 2012 we celebrated 10 years and the move into our current office and The Local Store with a big ol' party in our new spot. So, we figured 10 years and one pandemic later, that maybe now was a good time to throw another one.

Learn more about the event and get tickets (just $20 in advance!) at VolumeOne.org/SummerParty. Hope to see you there!