SNEAK PEEK: A Look Inside the New Children’s Museum of Eau Claire

the museum, which will open in December, is taking shape downtown 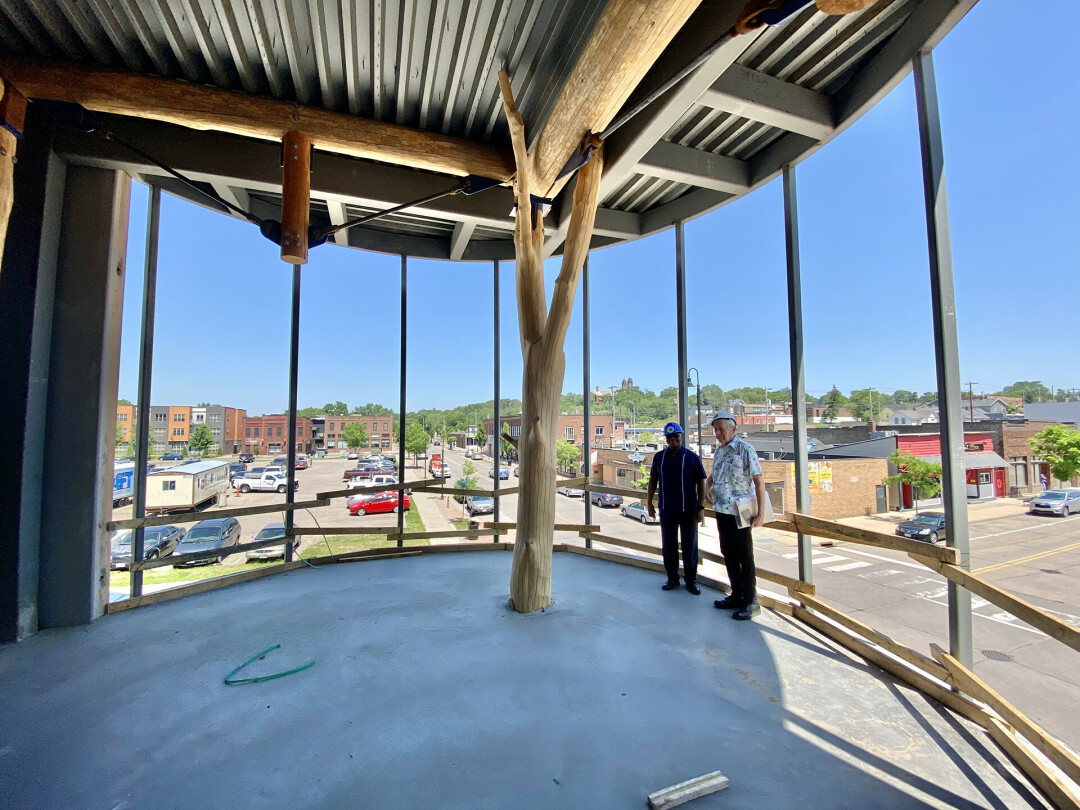 A BUILDING THE LORAX WOULD LOVE. The new EC Children's Museum will be carbon neutral.

The new Children’s Museum of Eau Claire will be a one-of-a-kind building – and not just for downtown Eau Claire. The museum, which is currently under construction on North Barstow Street, includes some unique design features that will make it stand out, even on a state and national stage.

During a June 20 hard-hat tour for donors and other community members, it was clear that the museum – which is expected to open in December — is taking shape. The two-story, 26,000-square-foot museum is being built from structural round timber — essentially whole, unmilled trees – instead of steel beams, as well as precast concrete featuring playful, circular windows. The building will be carbon neutral, drawing energy from 300-plus solar panels above and more than 20 geothermal wells below.

The design features portals and bubble-like shapes, he said, inviting curiosity about what is happening inside and outside.

“What we want to do is cultivate young minds,” said Holzman, of New York-based architecture firm Steinberg Hart, who also designed the nearby Pablo Center at the Confluence. “It’s an environment to conduct learning of every type.”

What we want to do is cultivate young minds. It’s an environment to conduct learning of every type.

ARCHITECT, ON THE NEW CHILDREN'S MUSEUM OF EAU CLAIRE

That learning will revolve around activities, programs, and exhibits — some familiar, others new. Favorite exhibits that will make the move from the museum’s former home, 220 S. Barstow St., including Bitty City, Water Works, and Body Smarts (which allows kids to crawl through the digestive system, complete with sound effects). New attractions will include a “nature preserve” with an interactive green screen, a Shape Up! Area emphasizing physical activity, and a feature that shoots silk scarves into the air, said Mike Meyer, senior project director for JRA, a Cincinnati-based firm that designs entertainment exhibits.

There will be classroom space as well (the museum will contain a preschool, created in partnership with Peace Tree Child Care) plus a year-round outdoor area.

Inside, the exposed wooden beams and trusses come from Madison-based WholeTrees Structures and include ash trees sourced from Sheboygan as well as maples and other trees from Maine and the Pacific Northwest. Not only does using the trees – some of which were cut down to slow the spread of the emerald ash borer – sequester carbon, but it also helps make the building stable: Keeping trees in the round rather than cutting them into beams makes them 50% stronger, said Chelsea Duckworth, marketing coordinator for WholeTrees. The museum is one of the largest buildings that WholeTrees has worked on, she added. 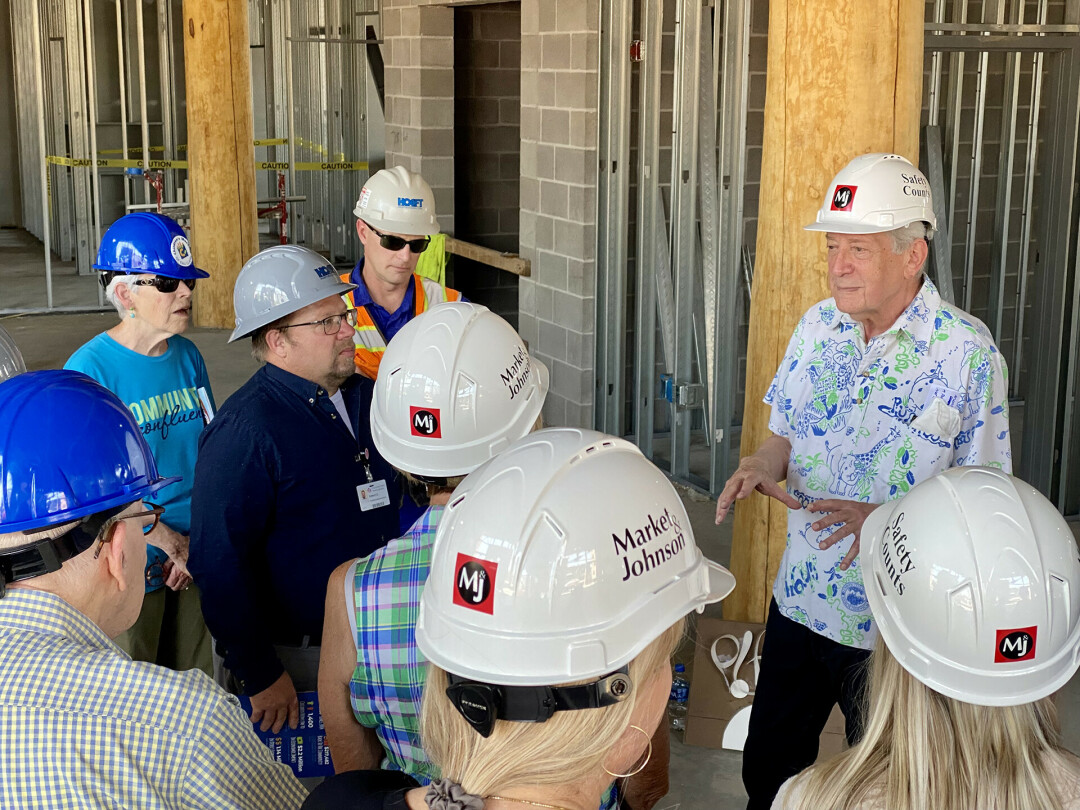 The collaboration with WholeTrees is only part of the building’s environmentally friendly focus. A nearly half-million-dollar grant from the Wisconsin Public Service Commission last year will help it reach its renewable energy goals.

The museum has benefited from other donations and funding sources large and small, bringing it to within about $3.6 million of its $12.52 million price tag, said museum CEO Michael McHorney.
Ground was broken for the new museum last September, and construction is expected to be finished by this December. The structure is rising on a vacant plot between North Barstow and the city parking structure. Currently, the Children’s Museum of Eau Claire is operating three pop-up Play Spaces in Eau Claire, Menomonie, and Chippewa Falls.

McHorney said anticipation is building now that construction is entering the home stretch.
While seeing photos is exciting, he said, it doesn’t compare to seeing the project in person: “Coming in and walking through the space, you can’t even explain it.” 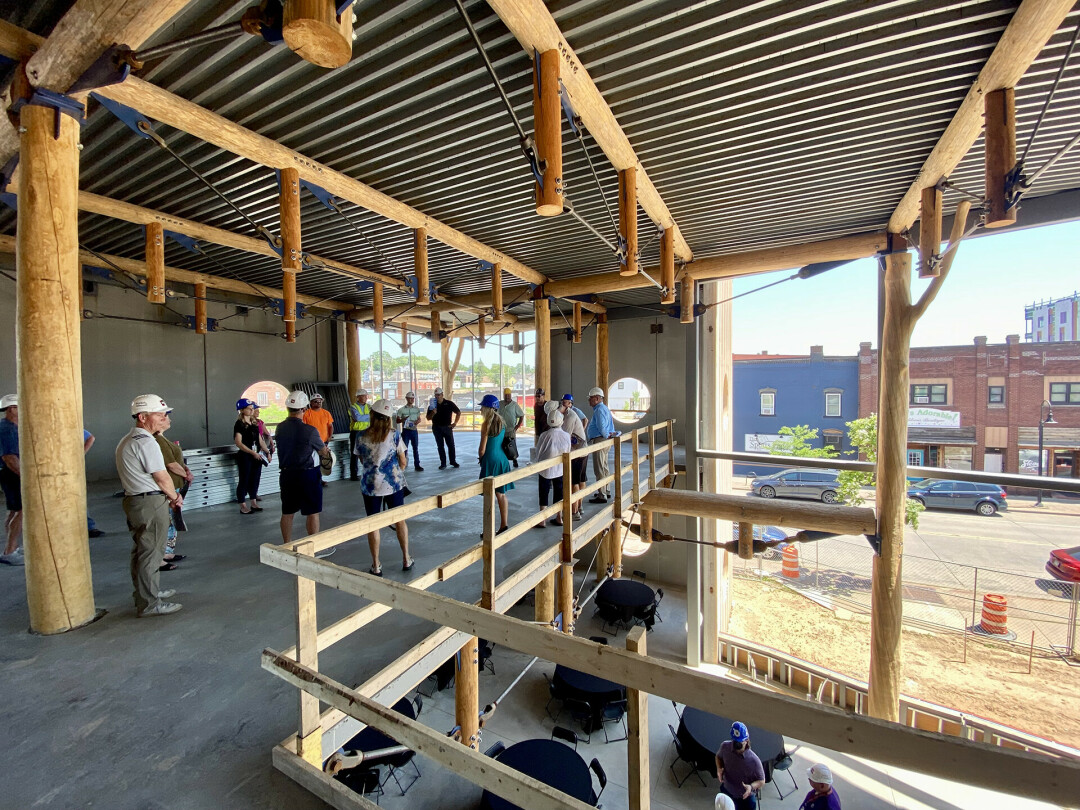 Learn more about the museum’s fundraising effort at childrensmuseumec.com/capital-campaign.