Growing up as a skier while Telemark Lodge was falling down 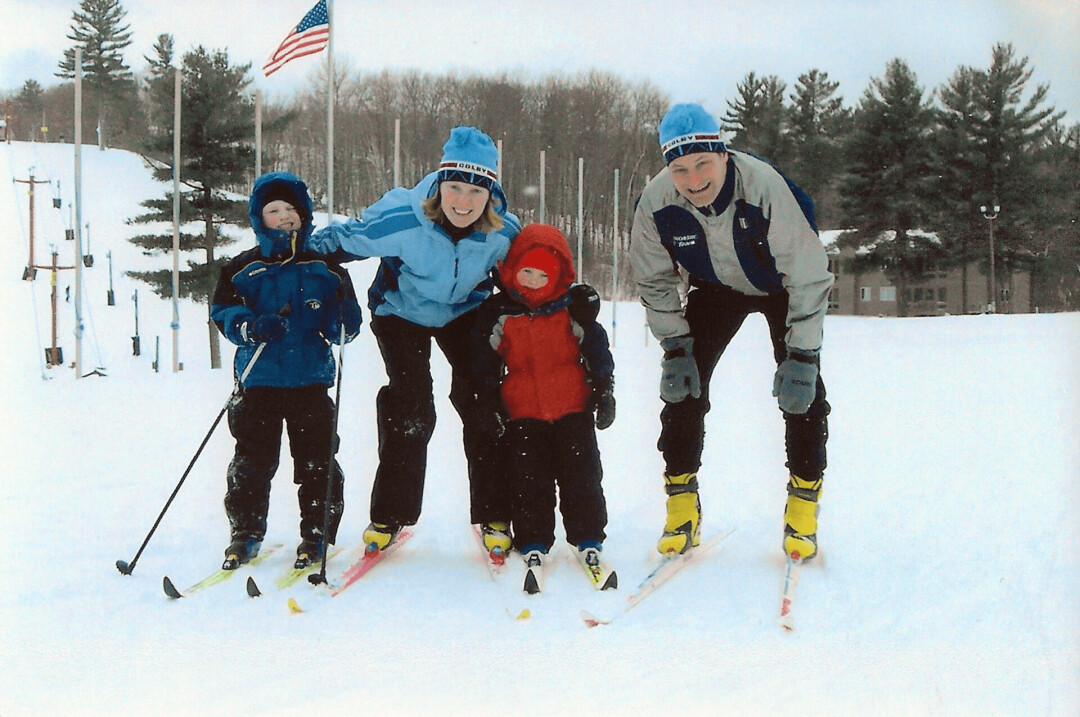 A FAMILY TRADITION. Writer Ben Theyerl – at far left with his family in this 2002 snapshot – is an avid skier and third generation American Birkebeiner participant. He has many personal memories of Mt. Telemark, both on skis and off. An Altoona native, Theyerl competed as a member of the Chippewa Valley Nordic ski team and at Colby College in Watervillee, Maine. (Photo courtesy Ben Theyerl)

When my grandfather, Walter Theyerl, first stepped out of a Ford Pinto at Telemark Lodge, he was rocking big sideburns, a pair of knickers, and wooden cross-country skis. Telemark was booming, and oh yes, it was the 1970s. He was up from his home in Elkhart Lake, Wisconsin, to participate in the fourth edition of the American Birkebeiner (the Birkie), a couple of years after the gym teacher in town talked him into trying out cross-country skiing on the local golf course. He didn’t stop making that drive every February for the next 26 years, and in the process his kids – my father, Ted Theyerl and aunt, Tracey Cote – both went from podium finishes at the Kortelopet (the Birkie’s half-distance, junior-racer dominated event), to collegiate racing, to making it a staple of our family life. My aunt Tracey made skiing her career and is in her 24th season as head coach at Colby College in Waterville, Maine. Colby happens to be my alma mater. I skied for her there. It all comes full circle, and it all leads back to Telemark.

Those early memories that flash by in your consciousness from time to time – for me those are all at Telemark Lodge. I remember tracing the pattern of the lobby carpet, sitting beneath the grand fireplace, feeling the weight of the giant bronze “Telemark” plate above. Because the skiing was right out the door, my parents would let me wander out and in as I pleased. The world stopped being so big, the woods became inviting. Some stand on mountains to find the sublime, I just had to roam the cavernous halls of a once-great Lodge.

I remember tracing the pattern of the lobby carpet, sitting beneath the grand fireplace, feeling the weight of the giant bronze “Telemark” plate above.

Because the skiing was right out the door, my parents would let me wander out and in as I pleased. The world stopped being so big, the woods became inviting. Some stand on mountains to find the sublime, I just had to roam the cavernous halls of a once-great Lodge.

The whole place carried the energy of an overstretched dream, and it in turn led you to do the same as a kid. For a brief stint, the governing body of skiing in the Midwest made Telemark the training home for us juniors who were coming up in the racing world, as well as older skiers from the Midwest who were trying their hands at professional skiing. To do so, they converted a lot of the old spaces in the Lodge into places to train. I tested my VO2 max in what was once a window shop, did core workouts on the dining room floor of the Lodge’s restaurant, and did laps with ski poles up and down the old lift line on Mt. Telemark proper. Then after all the training was done, I got to explore this fading tower of 20th-century luxury and leisure with kids who were 13 or 14, just like me. We sneaked into the outside pool after dark, played hide-and-seek through the maze of banquet and convention halls, sat at one of the abandoned bars knocking back Wisconsin Old Fashioneds minus the brandy (and the knowledge of what actually went into an Old Fashioned). It was a bit Breakfast Club, a bit Home Alone, and all fun.

My last visit to the Lodge before it came down last April was a few days before Christmas in 2020. The new Birkie start area is just down the hill from the old Lodge, and my friend and I – fellow Eau Clarian Dan DeLestry – knew which old, ungroomed trail to take.

We haunted our old haunt. Remembered those times jumping over the fence into the now snow-filled outdoor pool, and ski race after ski race we’d done there growing up. I pointed out the stadium that the flags of the world used to fly over, where Dan had once stood atop a podium as a Wisconsin state champion. We laughed at how it didn’t appear that the empty flag poles held any memory of that feat. And we remembered a junior Birkie race around the 2010 Winter Olympics where our old teammate Ben Loomis and I sprinted for the podium, finishing less than a boot’s length apart from each other, with the lady at the finish saying, “You two must be practicing for the Olympics someday!” If you tuned into NBC during the last couple of weeks, you may have noticed that Ben Loomis did go on to do just that. Me, on the other hand, well I was standing in the shadow of the old Telemark Lodge.

Against the gray skies and winter wind it looked undeterred. It had weathered the storm for 40 years, and it would weather this one, too. The world, however, looked to have finally caught up to the state Telemark was in. On the eve of a COVID Christmas, Dan and I stood outside, with a monument to the warmth that the camaraderie of human souls together can provide against the winter cold, looking as if it’d given up on the prospect altogether. Just like the Lodge come spring, we had to move on, our skis tracks in the snow becoming a metaphor imprinted in the landscape of an old ski trail – we’d found a spark of joy and fraternity at Telemark and had gotten there, continue to get there, on our skis. 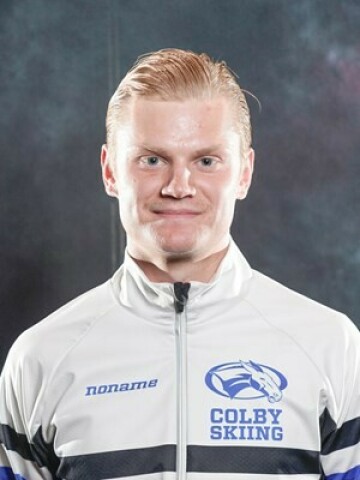 Ben Theyerl grew up in Altoona, has cross-country ski raced all over the country, and currently lives and breathes the sport while based in Crested Butte, Colorado. He’s written about skiing at Fasterskier, and about other things in The Brooklyn Rail, Volume One, and BJ Hollars’ Hope is the Thing project (Available at the Local Store!). 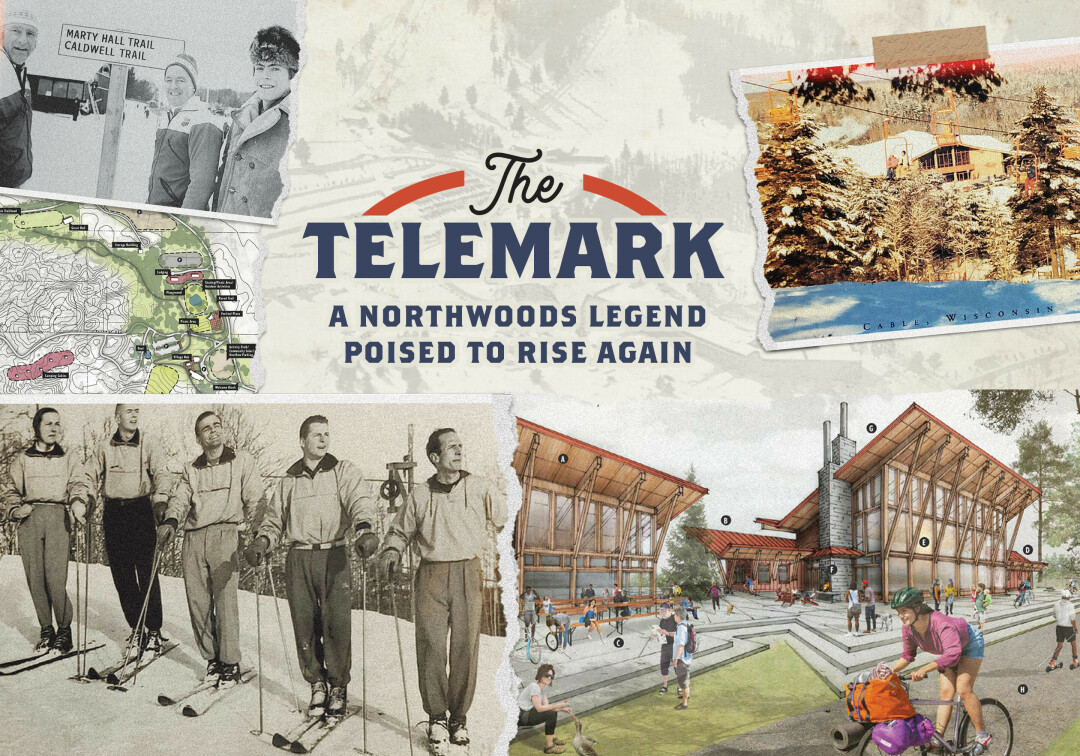 Telemark Was a Northwoods Legend. Now the Birkie Aims to Revive It

Outside of Cable, Wisconsin, a 75-year saga with as many ups and downs as the ski trails it brought to the Wisconsin Northwoods gets another chapter.