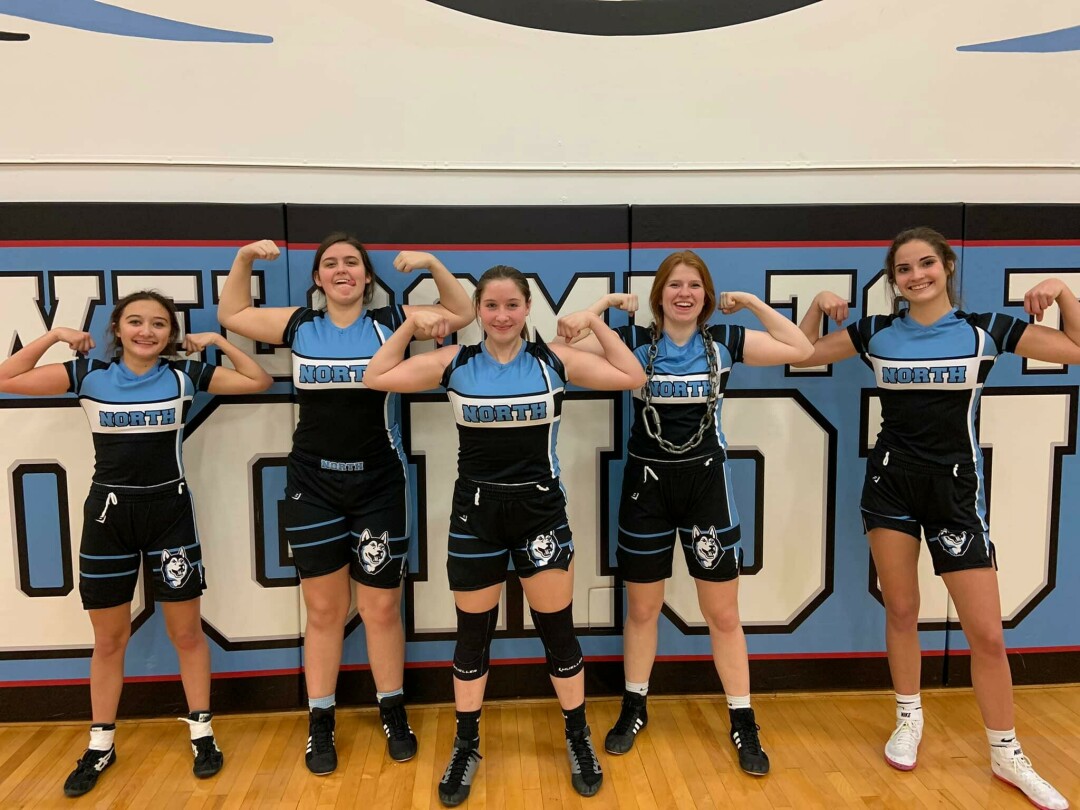 Sydni Schindler, Cambree Lokken, Katlyn Grant, Tatum Carey, and Shelley Bulman – all students at Eau Claire North High School – will take to the mat Saturday. These fierce female Huskies are all part of the first all-girls wrestling team, which had their first competition in December and has already wrestled their way to the top.

This is the first year that the WIAA has organized a girls-only tournament. According to the WIAA, only 4,975 girls participated in wrestling across the country in 2005, a number that skyrocketed to 28,447 during the 2019-20 season, based on data collected by the USA Wrestling Girls High School Development Committee.

The match is also the first of a year-long celebration commemorating the 50th anniversary of Title IX legislation, which prohibits sex-based discrimination in schools. Participants in the tournament are set to receive a commemorative bag tag.

Weigh-ins for competitors begin at 7:30am, and doors open for attendees at 8am, with the competition beginning at 9am through 4pm, showcasing preliminaries through semifinals. At 6:30pm, there will be a march of champions, championships, and third- and fifth-place matches.

Tickets for the event cost $11 for an all-day ticket and can be purchased online at the WIAA website here. Mats of the pre-finals and third- and fifth-place matches will be streamed at WIAA.TV with a subscription to the NFHS Network, which costs $10.99 per month. For more information, visit www.wiaa.tv or www.nfhsnetwork.com. Check out updates from the tournament on the WIAA State Tournament Twitter account @wiaawistate with the hashtag #wiaawr. Check out more about Eau Claire North High School's women's wrestling team at facebook.com/ECNWWrestling.