after making the local rounds, chef Justin Allen has created his own eatery 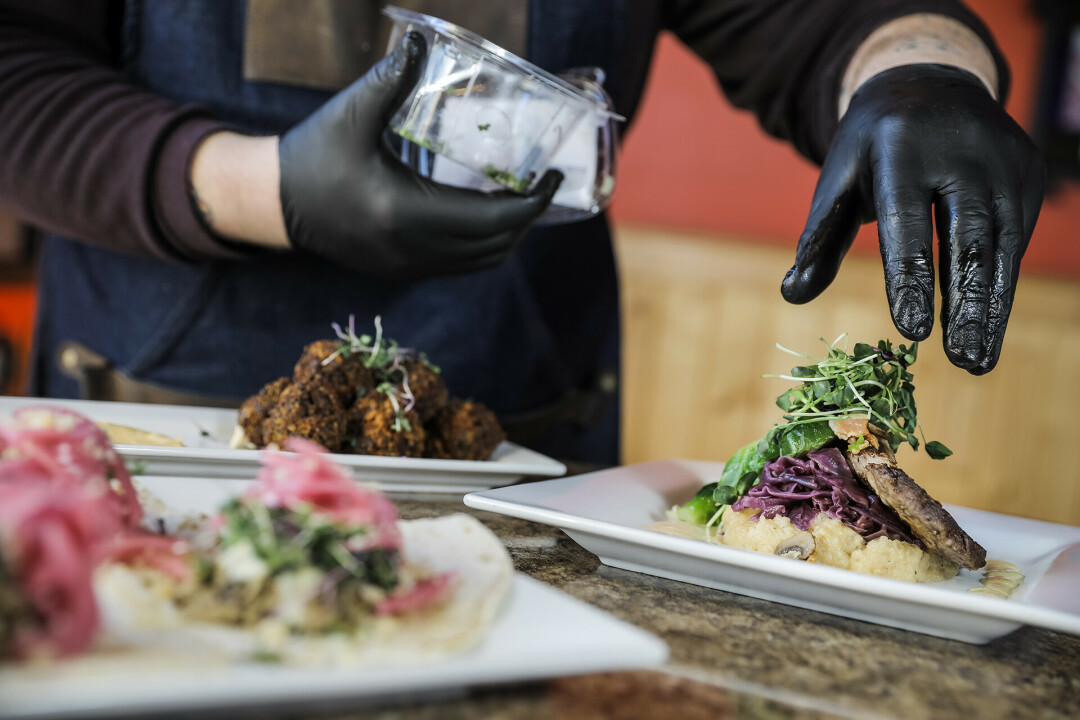 A sultry-soulful bite of delectable cuisine is all it can take to make a night just right – or in this case, set a young man’s professional career in motion.

After more than 13 years of culinary experience, chef Justin Allen has explored his potential at various Eau Claire establishments and even ventured out to the West Coast to test his abilities. The French-trained chef has been a part of numerous culinary adventures in the Chippewa Valley, culminating in his new pop-up restaurant, The Butter Knife Bistro. The eatery operates out of Eau Claire’s Southside Soul (2839 Mall Drive, Suite 7) from 2:30-8:30pm each Monday, offering dine-in and take-out options. 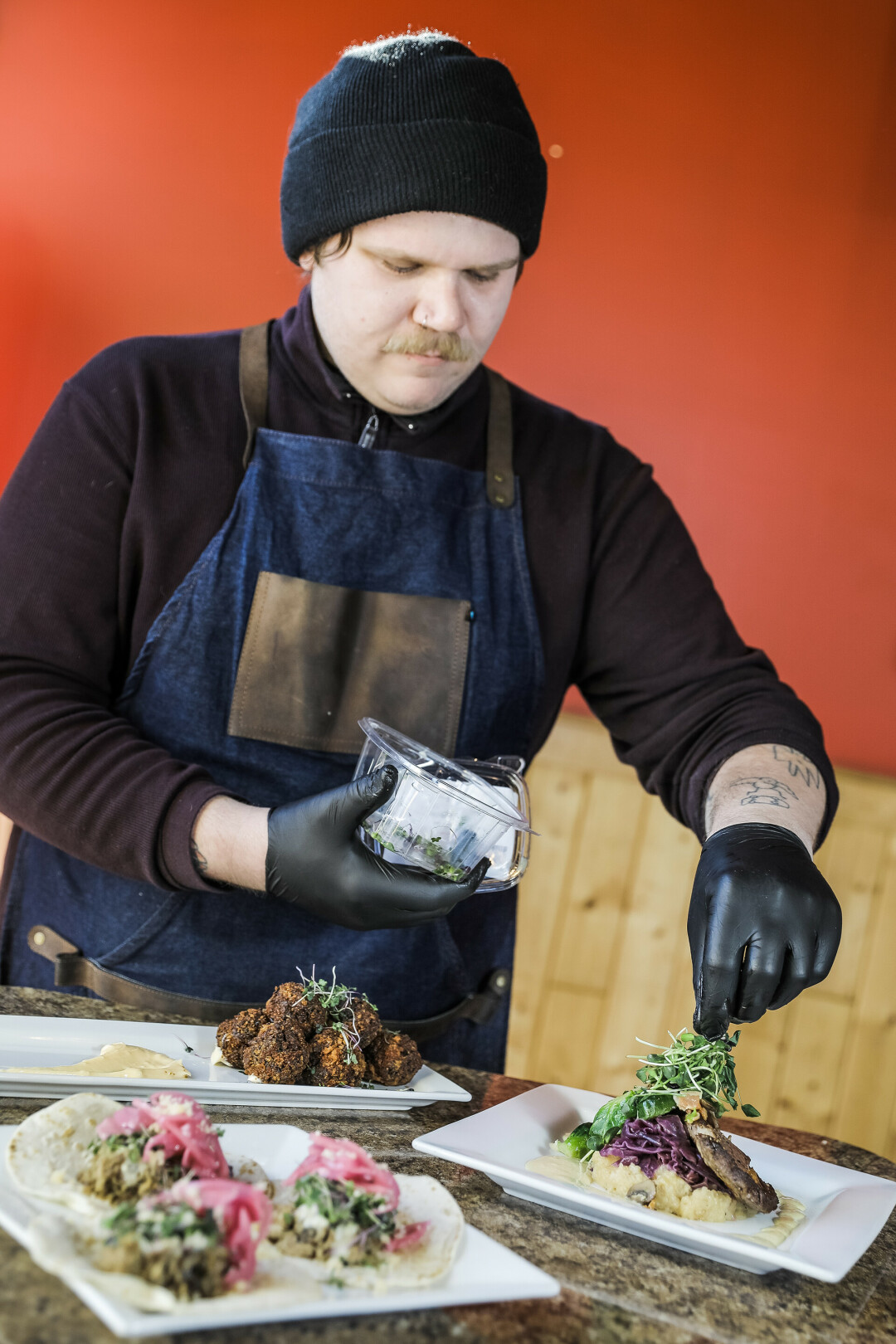 “I enjoy everything about cooking,” Allen said. “I love the artistic part of it most of all, because I can be creative and express myself through food. It’s always exciting when I can throw ingredients together that I don’t think will work, but it ends up being amazing.”

Allen’s cooking career began in Eau Claire nearly a decade ago at The Metropolis Resort, where he served as a banquet cook, which fostered the young chef’s love for the craft. Wanting to develop his art further, Allen then moved west, working professionally in Portland and Oakland for the next six years. Following this West Coast stint, Allen then set his sights back on Eau Claire for the next step in his culinary career.

I enjoy everything about cooking. I love the artistic part of it most of all, because I can be creative and express myself through food. It’s always exciting when I can throw ingredients together that I don’t think will work, but it ends up being amazing.

When Allen returned to Eau Claire six years ago, he didn’t know what his next step was. He didn’t have a job lined up, or a place to work immediately, but he knew the bolstering Eau Claire food scene was where he wanted to be. His first cooking gig back in Eau Claire was as the sous-chef for the former Taverna Grill, which was located in the space that Southside Soul and The Butter Knife Bistro now call home. While his time there wasn’t lengthy, the next opportunity for Allen quickly revealed itself. 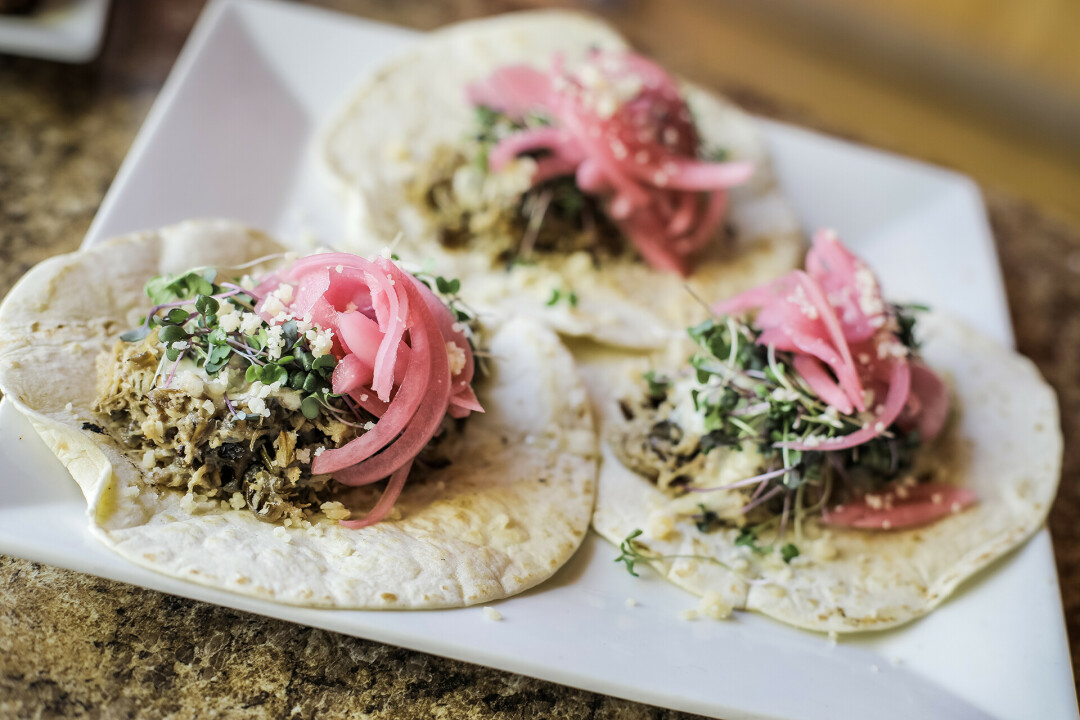 The Lakely brought on Allen as a sous-chef, and later chef de cuisine, where he came into his own professionally. The experience was incredibly informative – so much so that it inspired him to open his own restaurant. That experience, along with the connection he has with his customers, are what keeps him motivated to continue cooking and creating new menu items.

“The nostalgia of cooking is something that keeps me emotionally invested in it,” Allen said. “Someone can take a bite out of something, and it’ll take them right back to their fifth-grade summer, or Thanksgiving 2006, or a particular moment in their life where a particular food made an impact on them. Food is so tied to memory, so I’m constantly making valuable memories when I cook.” 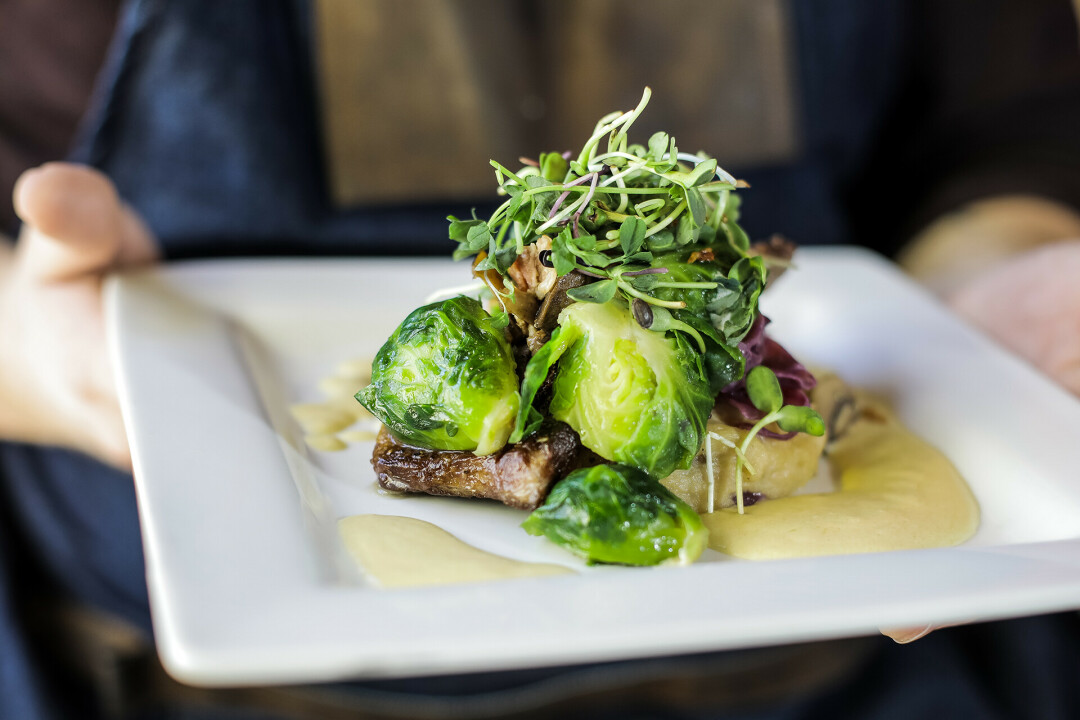 Following his exit from the Lakely after four years, Allen – along with brothers Adam and Brian Moskiewicz – opened popular Eau Claire eatery Jay Ray’s Deli in late 2019, his first entrepreneurial cooking adventure. While the pandemic cut his involvement in the business somewhat short, it did establish a few key connections for Allen he would use in the origin story of The Butter Knife Bistro.

But those aren't the only key food figures that are part of this new endeavor. Enter, Chekell Hill – owner of Southside Soul – who established Chekell's SoulFood Palace, a ghost restaurant operating out of The Nucleus. Earlier last year, she opened Southside Soul with the help of Brian Moskiewicz. Now, Hill pays it forward to Allen, offering her space to help develop the new eatery. 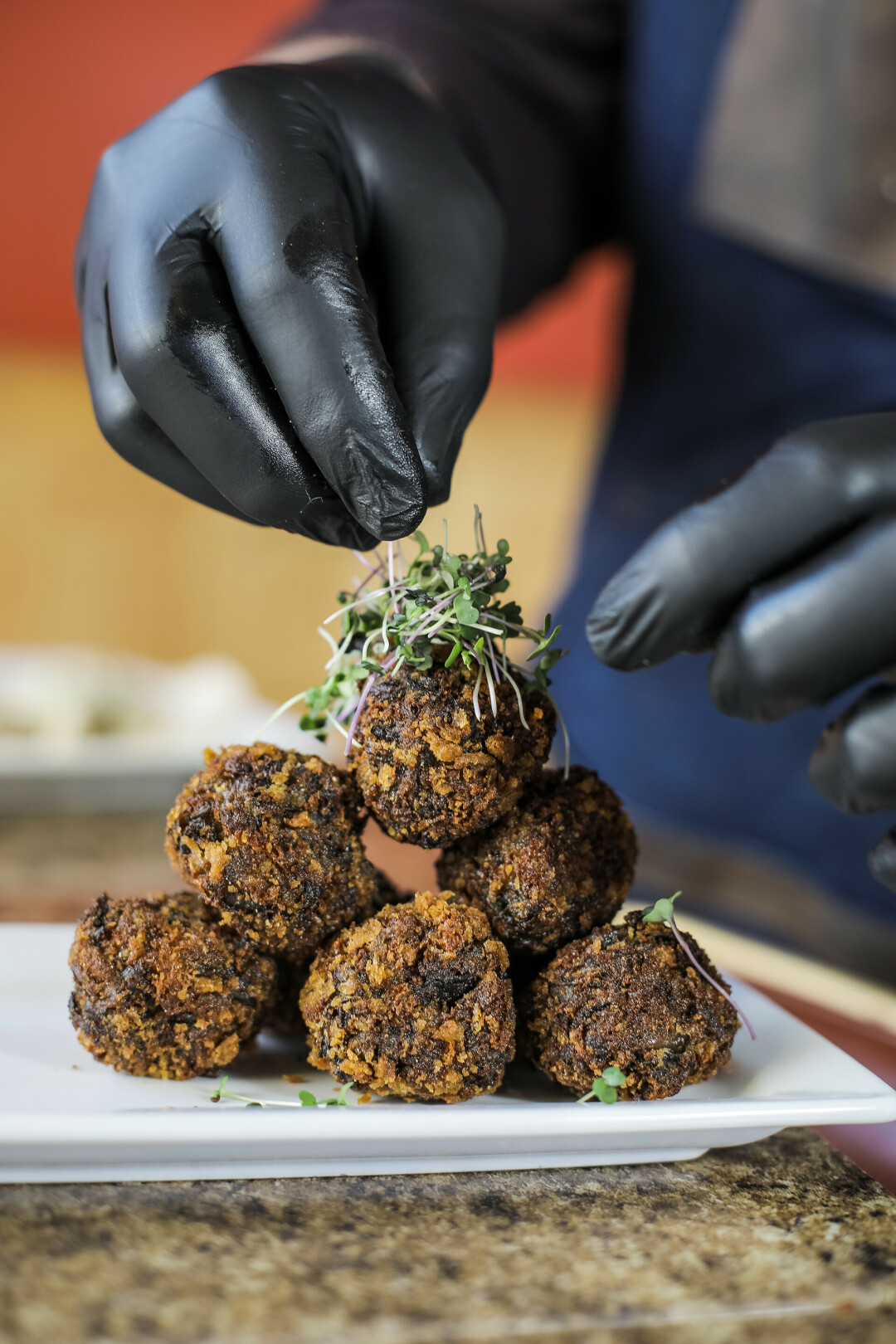 “I’ve been doing this for a long time, and there aren’t a lot of places I can see myself working at in Eau Claire,” Allen said. “I’m at the point now where I want to establish my own brand and have people experience what I have to offer. At this point in my career, if I can’t be successful off of what I’ve learned up to this point, maybe it’s time to just go back to school and be a firefighter or something.”

With his doors finally open, the next steps for Justin and The Butter Knife Bistro are to refine his chef skills and get included on services such as Grubhub and DoorDash to get his food straight to the people. Whether it is in his own kitchen, or behind the counter at The Butter Knife Bistro, now is the time when Allen plans to see if he can truly cut it in the professional food community.