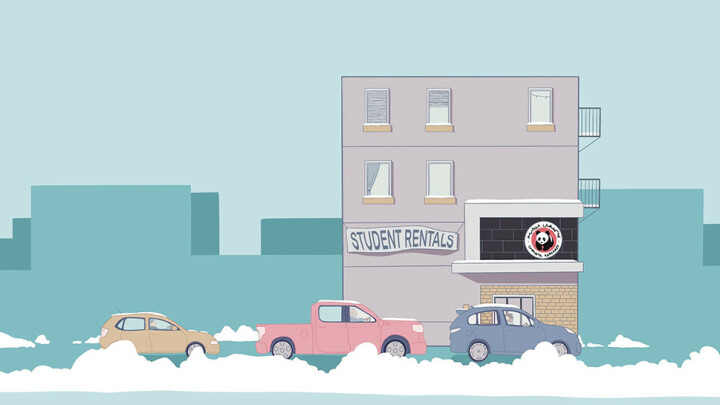 These could be your new Eau Claire homes. Are you in?

Brand-new apartment complexes are springing up all over Eau Claire. Do you know which one you’ll be moving into yet?  Developments such as the Andante, The Grand Apartments, Wilson Square, The Current, and The Guild have gotten a lot of press. But are they the only ones out there? Here are some of the lesser-known developments that you might want to check out!

Built on top of the new Panda Express on Clairemont and London Road, these units are sure to please. Apartments come with a bathroom, a bedroom, and a perpetual egg roll smell. Parking is drive-thru only, which means you just jump out while the car is moving and head inside. Conveniently located kitty-corner from the Smith Funeral Chapel!

Memorial High School will soon be high-end condos! Where will the students go? That’s their problem. Memorial Memorial Acres comes with a weight room, a gym, a pool, a basketball court, a science lab, a big theater, a small theater, and a band room. It’s conveniently located just a short walk across a busy street to Hy-Vee. Good luck.

Don’t get too excited. The cost of lumber is really high, so these are not the treehouses of your childhood dreams. These are the treehouses of your actual childhood, which means they’re made out of plywood and have no windows. Also no bathrooms. But the views are great! And they’re technically affordable, which means attainable, which means you’ll need a second job. But you can do it! It’s attainable! If you like baseball games, marching bands, deer, and soupy green lakes, this might be the place for you! 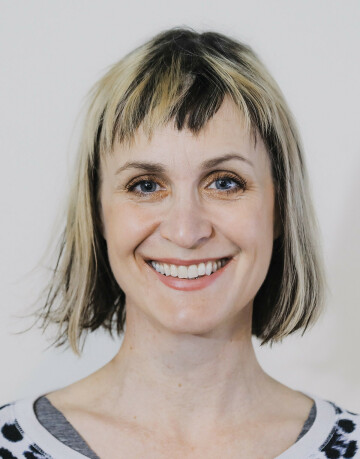 Look, we know that Uniroyal – I mean, Banbury Place – already has some pretty sweet pads where people live. But do you know how big that building is? There’s a lot more room to build this place out for modern urban living. And that’s just what a team of developers/professional ghost hunters has set out to do. Uniroyal Manor will be a series of 15 pretty decent apartments on the other side of the building – the part that smells like tires and is teeming with restless spirits. The catch is you will be expected to tell stories your inevitable journey of haunting at one of Eau Claire’s storytelling events every fall.

This deluxe studio apartment is located in the office where the Eau Claire city manager is supposed to be, but isn’t, because we still don’t have one. With the housing crunch as tight as it is, it makes no sense to let good property sit vacant. This modern, newly renovated office could be your new home!*

Don’t worry – this doesn’t mean homicide murder. This sprawling complex on Eau Claire’s West Side is named after the murder of crows that caw relentlessly starting at 4am. Will the noise make you snap and go on a bloody rampage? Hard to say. One thing is certain though: things will never be boring over at Murder Village!

The former Sears building at the Oakwood Mall is being renovated into one giant open-concept apartment. Rent will be $45,000 per month. This rare gem will be a castle for one lucky person/couple/ family that likes a lot of space, but doesn’t like actual rooms. Do you have a Segway and a billion dollars? This is your chance!

This handy guide should help you make a smart decision about your next home. Stop waiting for an actual house! These cutting-edge apartments are the dwellings of the future, and they’re going fast! So which one did you pick? Write your answer on a small sheet of paper, wrap it around a stone, and drop it into the Chippewa River.

*Fine print: if you live here, you are by default the city manager.