one cocktail connoisseur, known for his sweet skills at Dive, is shaking things up in the cocktail realm 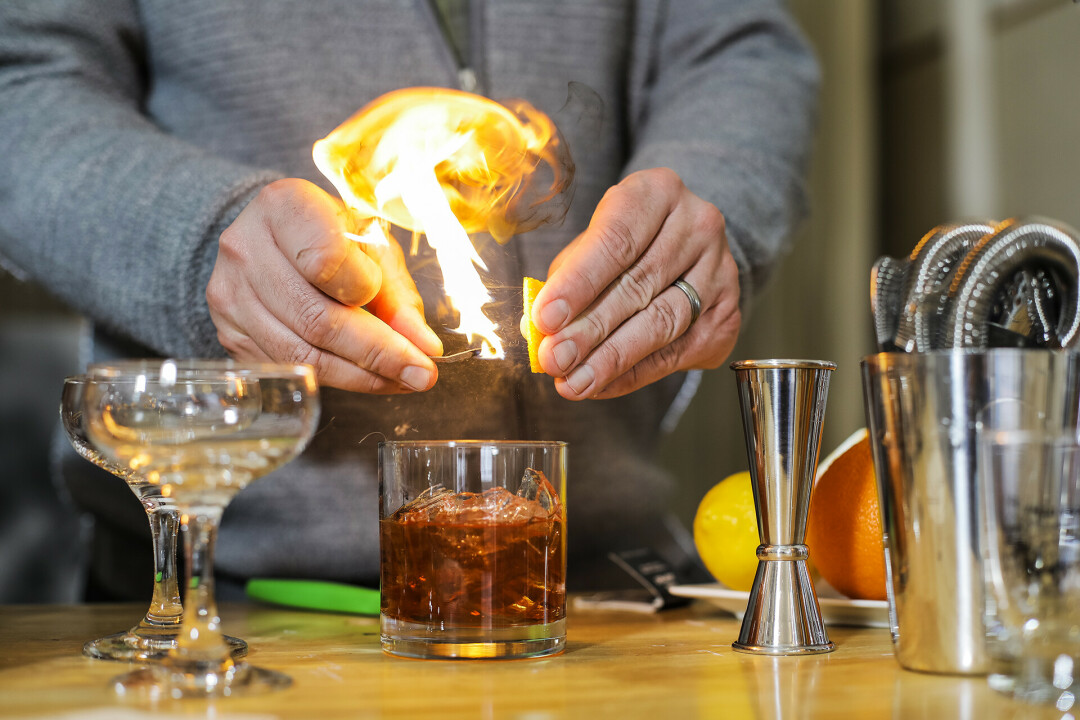 Those of a literary disposition generally appreciate the vibrant taste of a good cocktail. Some of the greatest writers in the world were known as connoisseurs of cocktails – such as Ernest Hemingway, from whom the Hemingway Daiquiri originates.

When it comes to former English student Andrew Gehrke, cocktails are more than a puckering punch to enjoy with friends; they’re stories that are waiting to be told. “The fun thing about cocktails is that there’s a lot of stories involved in all of them – the history of them, and when they were created, and who, and all of that,” he said, “and that was always one of my favorite parts about making them, and talking with guests at the bar about them, and training staff how to make them. I was naturally drawn to them in some ways.”

The fun thing about cocktails is that there’s a lot of stories involved in all of them.

... the history of them, and when they were created, and who, and all of that. And that was always one of my favorite parts about making them.

The former bartender at Dive decided to pivot in November when – after months of making to-go cocktail mixes for folks to pick up from Dive and make from home – he realized that the pandemic had forever changed not only his own life, but the way that people consume alcohol. 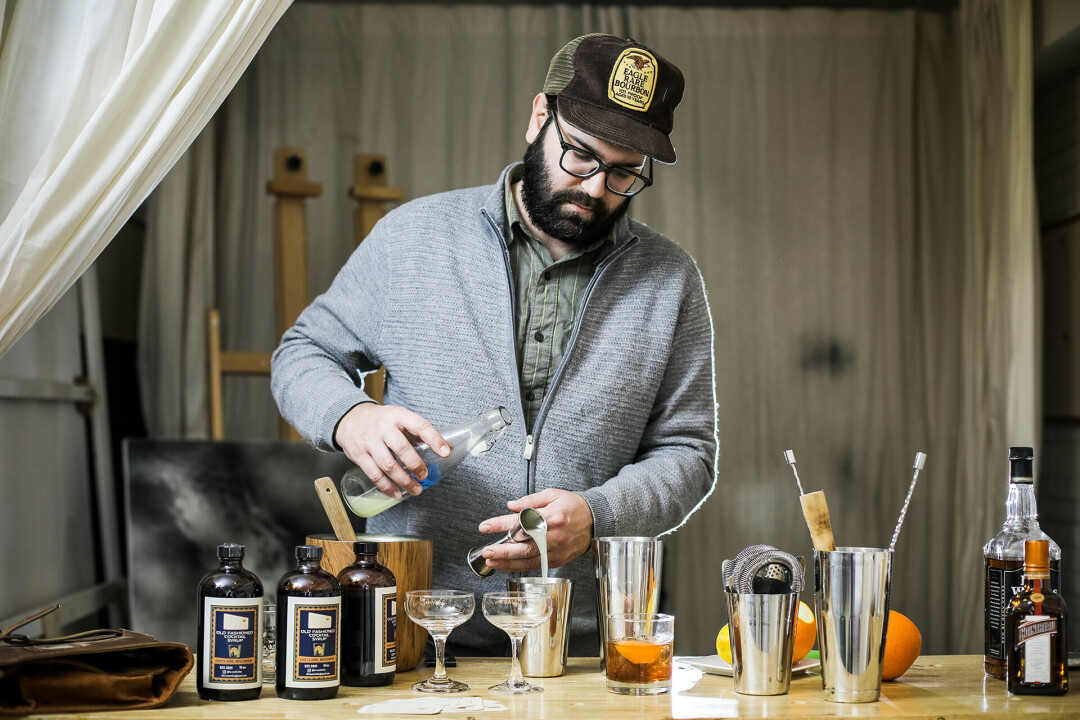 “I don’t ever really see it being the same, as far as people going out to bars and restaurants,” he admitted. “More and more people – since their habits have changed over the last year – will continue to stay at home.”

That knowledge – combined with a work schedule that was the opposite of his wife’s, so the pair hardly saw each other – led Gehrke to launch his cocktail business, Eau Claire Cocktail Co. There’s three main parts to his business: cocktail classes, bartending for private events, and a custom Old Fashioned cocktail syrup that will soon make its ways to store shelves. 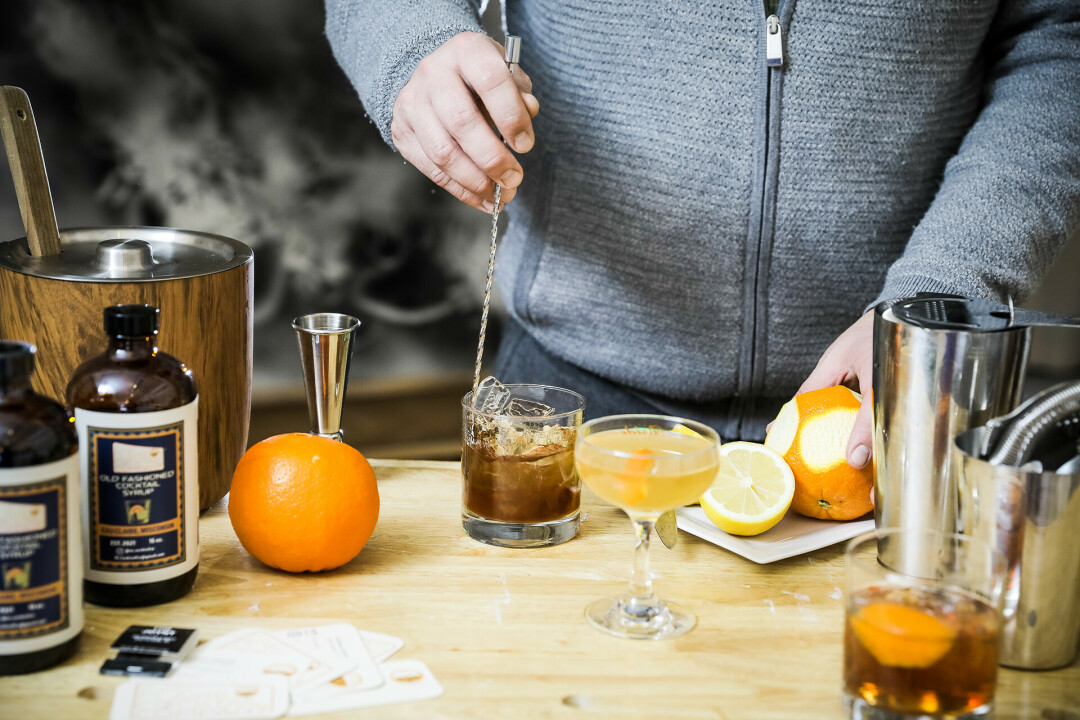 His cocktail classes often take place out of a friend’s art gallery on Water Street, and he teaches rotating cocktails depending on the season. So far, he has taught connoisseurs of cocktails how to make various drinks using darker alcohols such as bourbon and brandy. “I wanted to enable people to make really great cocktails at home without having to rely on the bar,” he said. 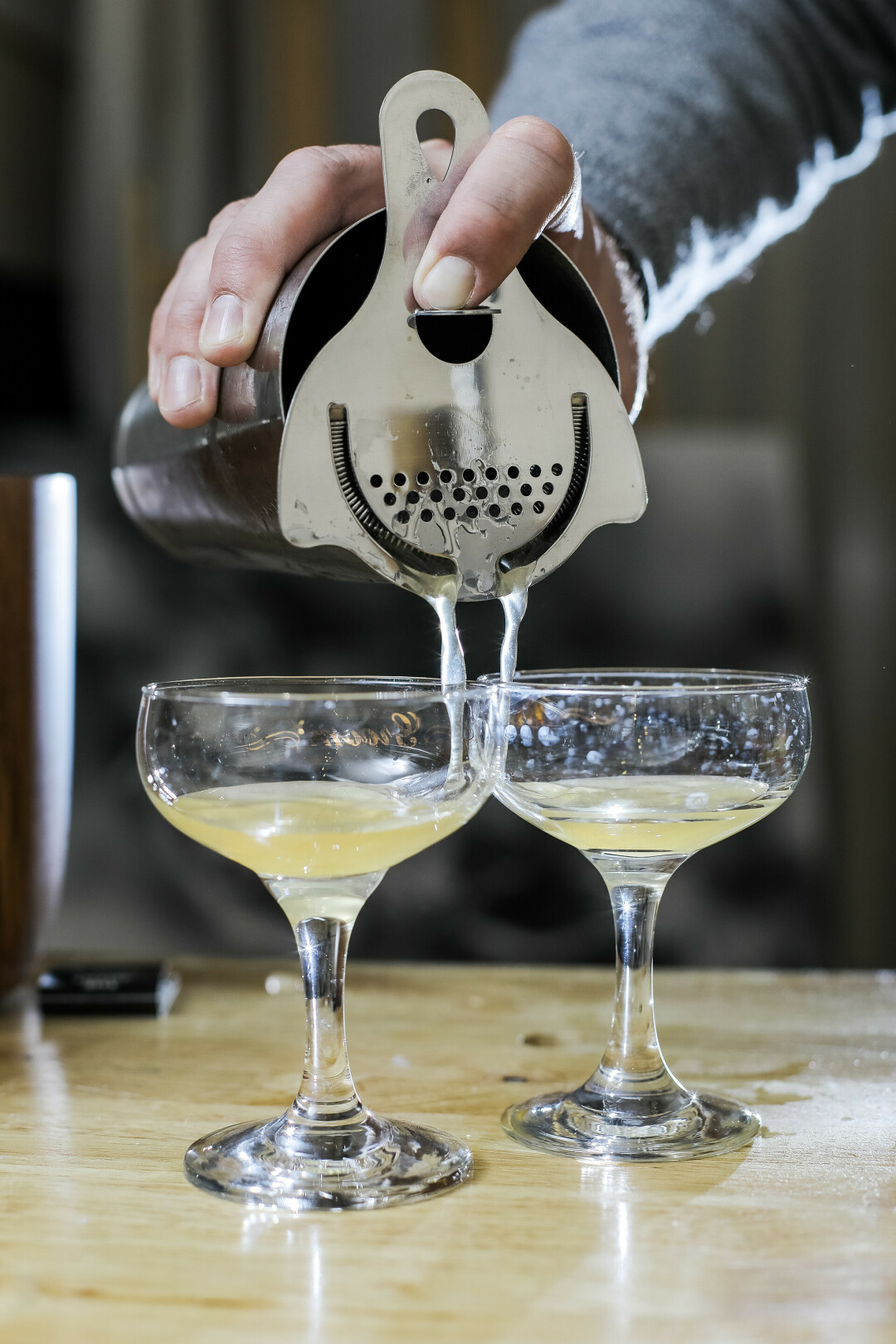 But, since he has established longstanding relationships in the bartending industry, there’s no denying that his skills as a bartender are hard to come by – which is why the longtime cocktail enthusiast also offers his mixing skills for private events, such as retirement parties, weddings, and other occasions.

Most notably, however, Gehrke is working to make his unique Old Fashioned cocktail syrup available to the masses. The syrup – which is created using demerara sugar – can be mixed with whiskey and preferred garnishes to make an ideal cocktail from home. 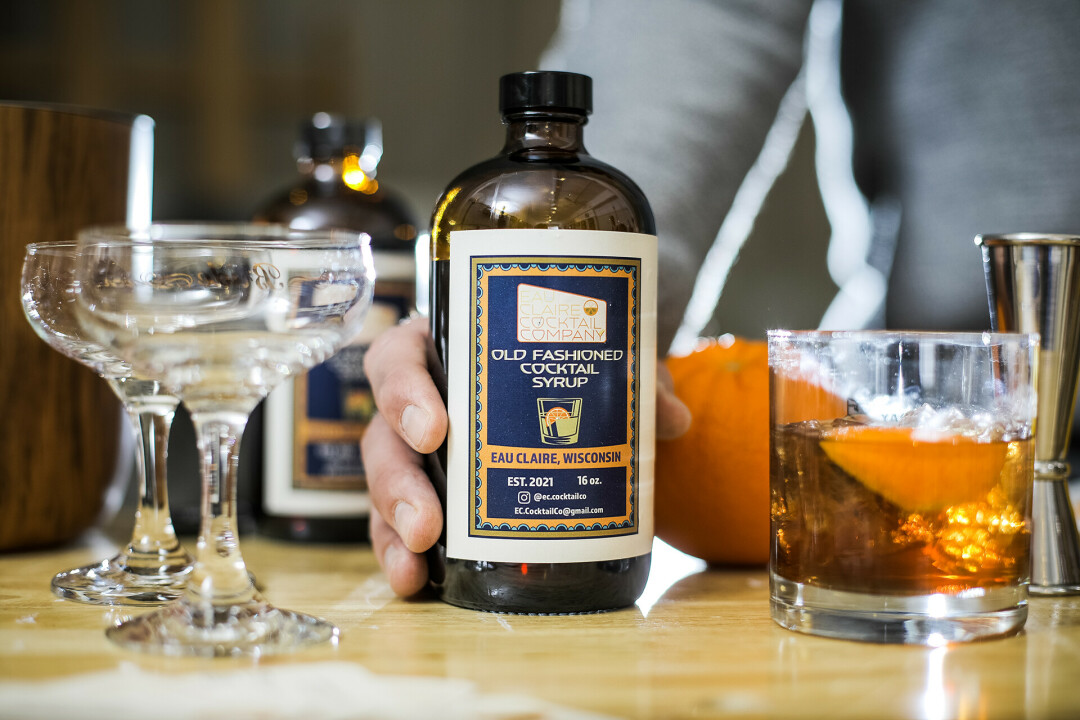 Gehrke’s relationships with esteemed cocktail experts – such as Toby Cecchini , the inventor of the Cosmopolitan, and Robert Simonson, known for making Old Fashioneds – is something that the UW-Eau Claire graduate is hoping to use to benefit the local cocktail scene, as he hopes to eventually bring in notable experts for book signings and craft talks.