Take a Second Look At This Art from the Soviet Union, In E.C. 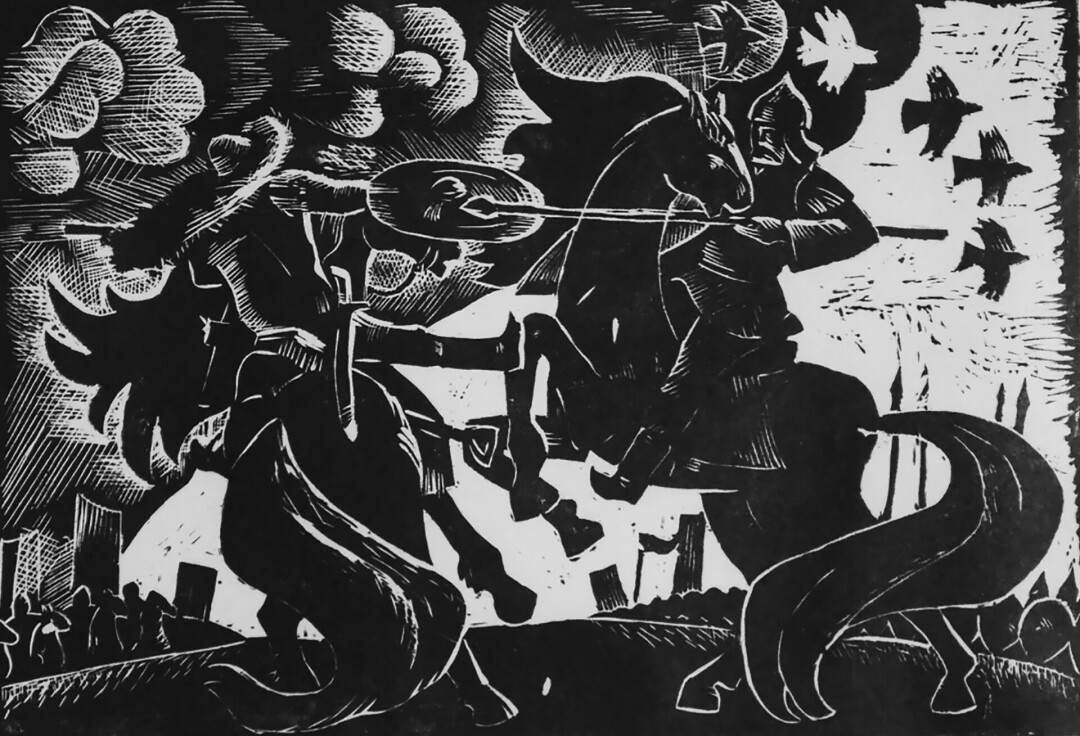 THE STRUGGLE OF DARKNESS WITH LIGHT. This piece of artwork, created by 13-tear-old Volodya Polgin, was dedicated to the 600th anniversary of the Battle of Kulikovo in 1380, which led to the formation of the modern Russian state. (Submitted image)

A virtual art exhibit on display at the L.E. Phillips Memorial Public Library began with the exchange of letters in the mail. In 1984, students, community members, and businesses throughout Eau Claire exchanged letters with people living in Velikiy Ustyug, a city in what was then known as the Soviet Union. And now, artwork from 10- to 14-year-old students from a project affiliated with the Ground Zero Pairing Project (a non-profit nuclear education organization) is on display in the exhibit titled “A Second Look: Student Artwork from Velikiy Ustyug, Soviet Union.”

Why is the library displaying work from the ’80s, you ask? The answer: they stumbled across the artwork, which was part of the library’s permanent collection, during their move to their temporary location at 2725 Mall Drive.

“We thought that the creative student artwork deserved another look,” reads  the library’s description of the exhibit. Perhaps most striking of the collection is 13-year-old Volodya Polgin’s work “The Struggle of Darkness with Light,” which was dedicated to the 600th anniversary of the Battle of Kulikovo in 1380. The Battle of Kulikovo is significant to Russian history in that it marks the turning point when Mongol influence declined, and Moscow’s power increased. This transition of power eventually lead to the formation of the modern Russian state. Many of the other pieces in the virtual exhibit were inspired by landscapes or personal experiences.

Check out the full exhibit, which is on display through March, at ecpubliclibrary.info/art.

Here are some additional pieces from the exhibit: 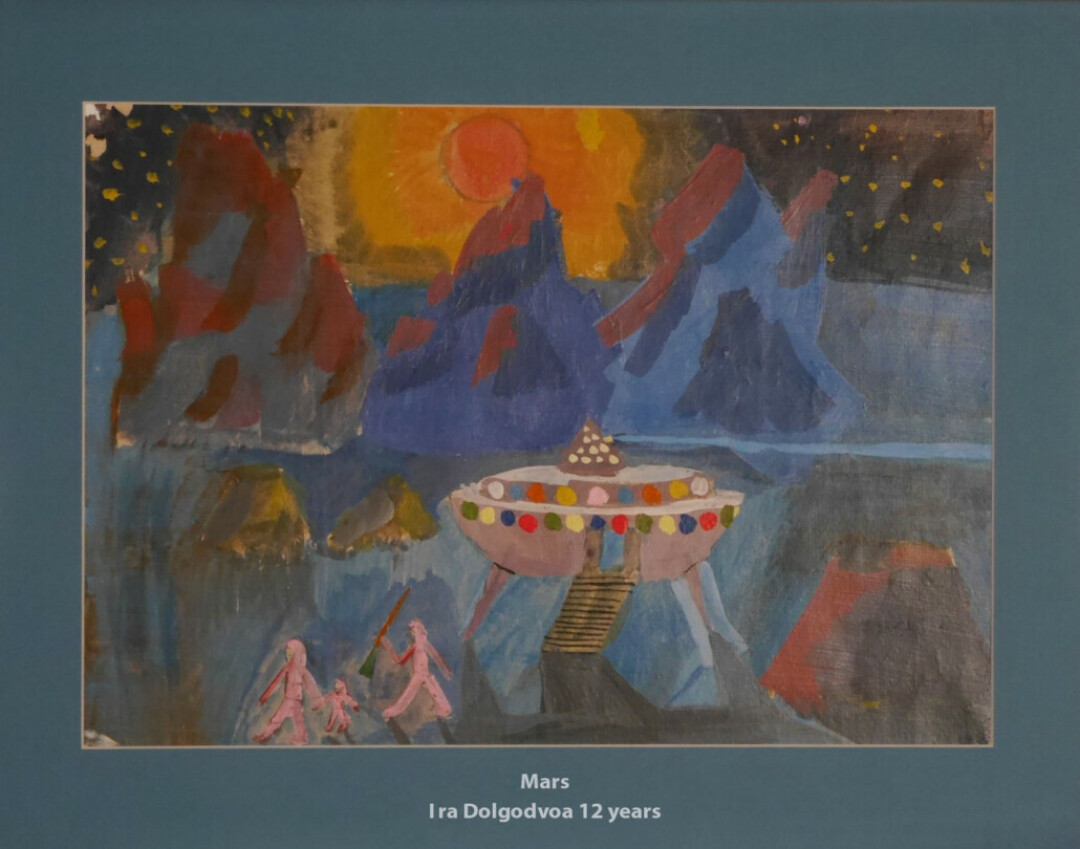 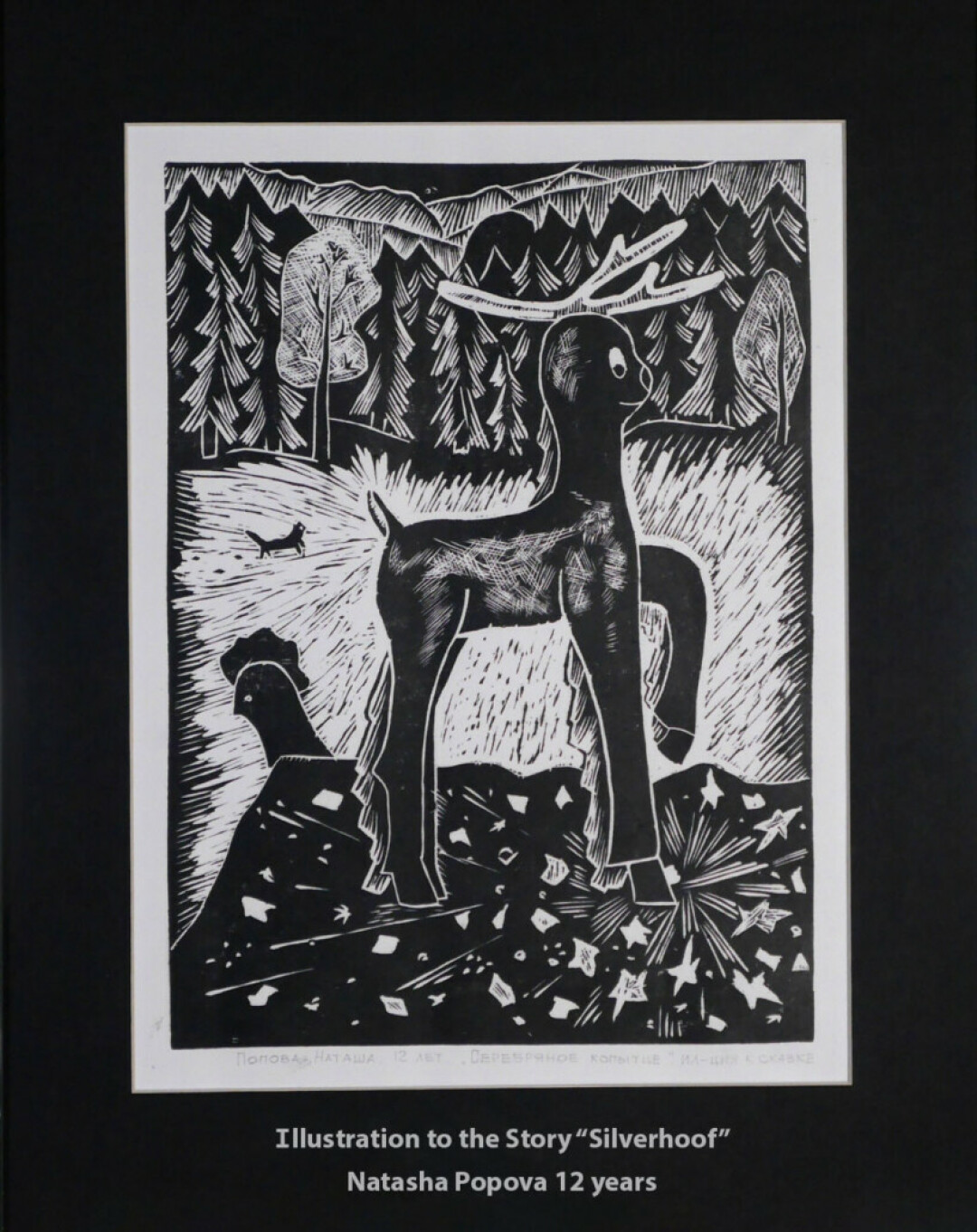 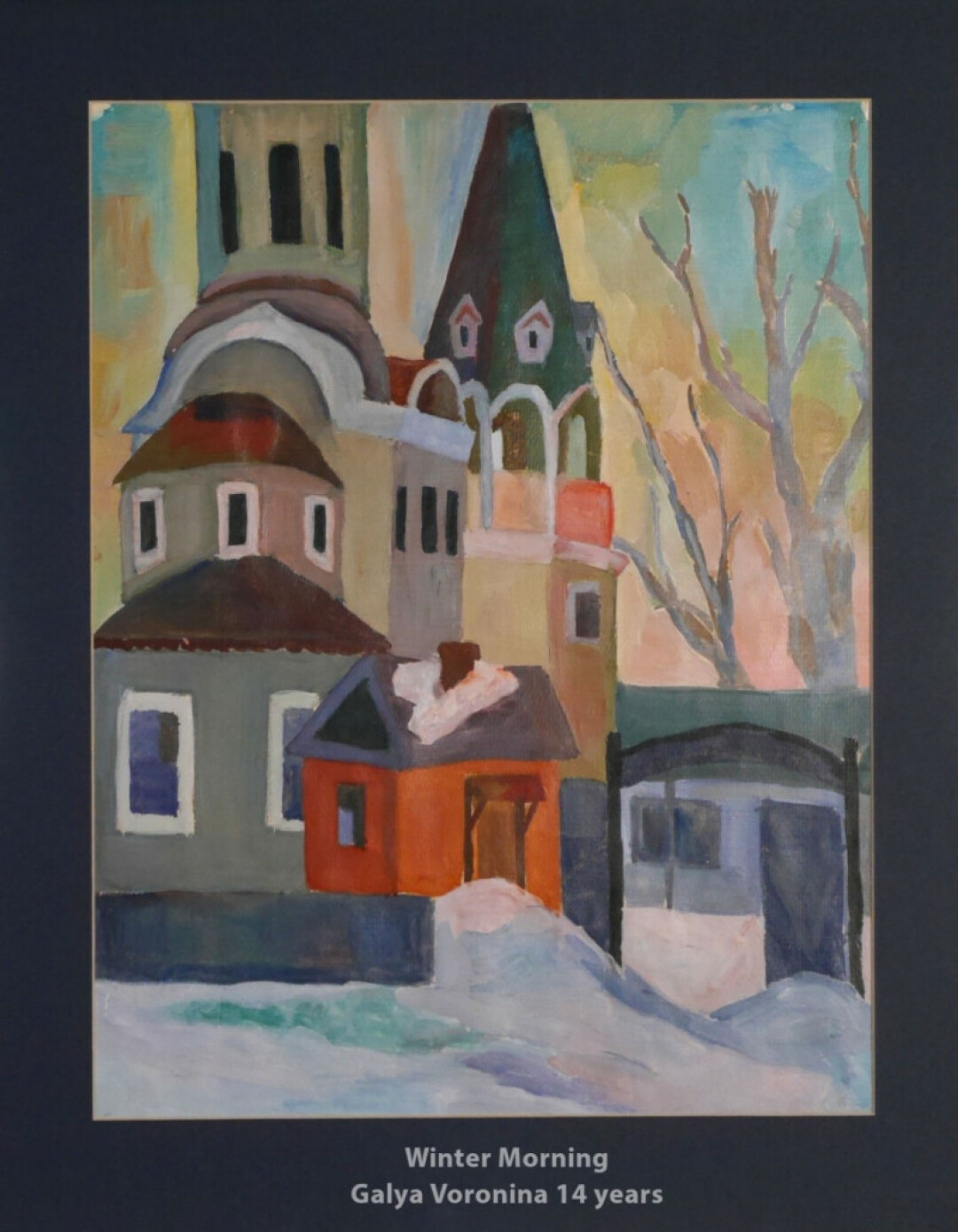