Got Stage Fright? That's Alright! Check Out This New Podcast About Performance Anxiety 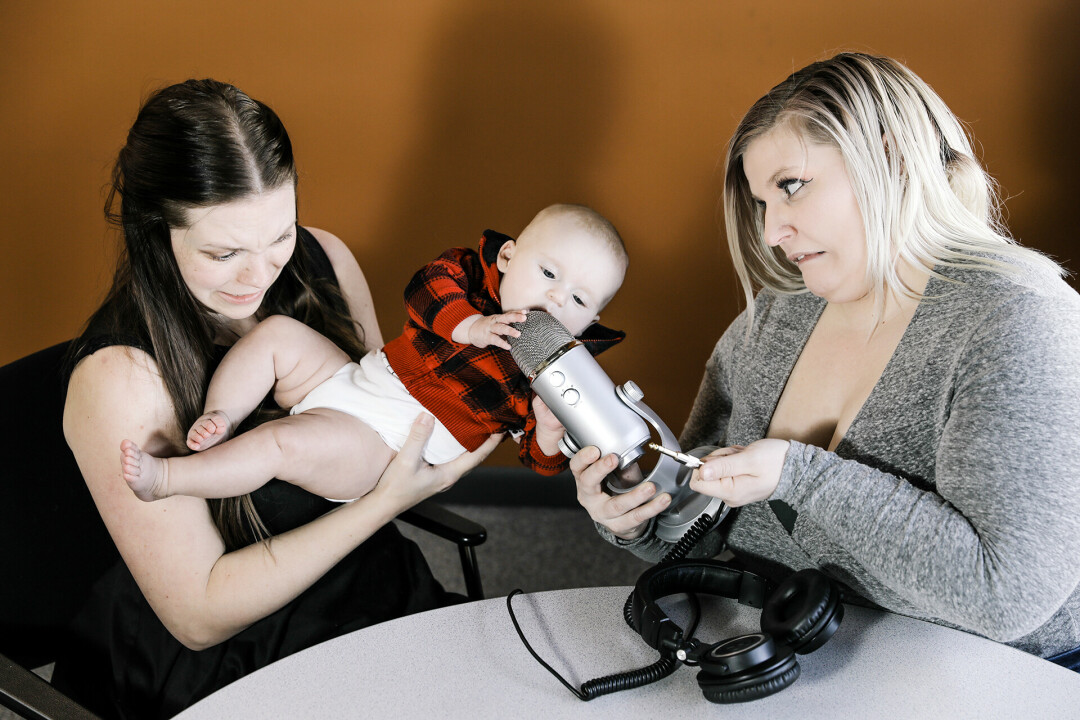 GOT A CASE OF THE PANDEMIC PANIC? That's OK, according to a new local podcast, which aims to empathize and encourage local performers and creatives who might be feeling a little bit of stage fright – especially after a year and a half off stage.

Although it's been a while since many actors and performers have been in the spotlight as a result of the COVID-19 pandemic, many are catching a nasty case of the performance jitters as they return to live performances. While it’s not nearly as bad as catching the ’rona, it can be debilitating for many longtime actors.

Which is why two veteran Chippewa Valley performers came to the rescue, launching a new podcast to help thespians get through performance anxiety. And their advice can help not only longtime performers, but students taking speech classes, adults presenting at their jobs, or anyone who might be biting their nails at the thought of getting in front of a large group of people.

“Everybody gets anxiety,” said theater veteran and co-host Tabitha Tatro. “Especially in that context of the pandemic, people might be afraid to go back out onstage, or feel like, ‘Oh, now I really can’t do it. It’s been so long and now I don’t know what to do.’ And it’s just that reminder of, hey, man. It’s OK. Everybody’s nervous. Everybody’s going through it. It’s going to be OK.”

Performance Anxiety, Inc. is a Chippewa Valley-based nonprofit theater group that aims to bring innovative theater to the area. Their most recent endeavor – their podcast Performance Anxiety Podcast – is hosted by Tatro and co-host and longtime performer Lauren Lierman, who both bring in one performer per episode to discuss situations where they have experienced stage fright, and how they overcame it.

The podcast was initially inspired by a 1 Million Cups presentation, when a colleague pitched the idea. That got Tatro thinking about ways for local performers to stay creative during the pandemic while showing people they are not alone in their anxieties. Combined with Lierman’s history of teaching introduction to podcasting in the local school district, and they had the perfect plan of action.

“We sat down and kicked around the idea of how we would like this to operate,” Lierman said, “and we decided we wanted to make it an interview.”

So what exactly is performance anxiety, you ask? It can happen to anyone, Tatro said, even seasoned professionals. She said people can experience different types of performance anxiety at different times, but it’s something that – no matter how long you have been performing publicly – is always there.

“It is both humbling and helps us connect with people to be like, ‘Listen, we’ve also been through this. We want to hear your story and how you’ve been through it,’ ” Tatro said. “I’ve had it pretty bad. ... It’s weird, it’s humbling. But at the same time, it’s like, I’ve already been through what I think is the worst, so everything else should be OK, right?”

This duo hopes their podcast will help people see that anyone can perform – even if you’re scared out of your socks by it.

Their debut episode, which came out in early October, features fellow podcaster Kristen Ruka from Early Bird Science and Headshake, and future shows will include Steve Russell and Kobi Shaw from In Capable Hands and Converge Radio’s Cullen Ryan. Most notably, the podcast features Lierman’s six-month-old daughter, Euphemia, whose joyful babbles can be heard throughout the podcast.