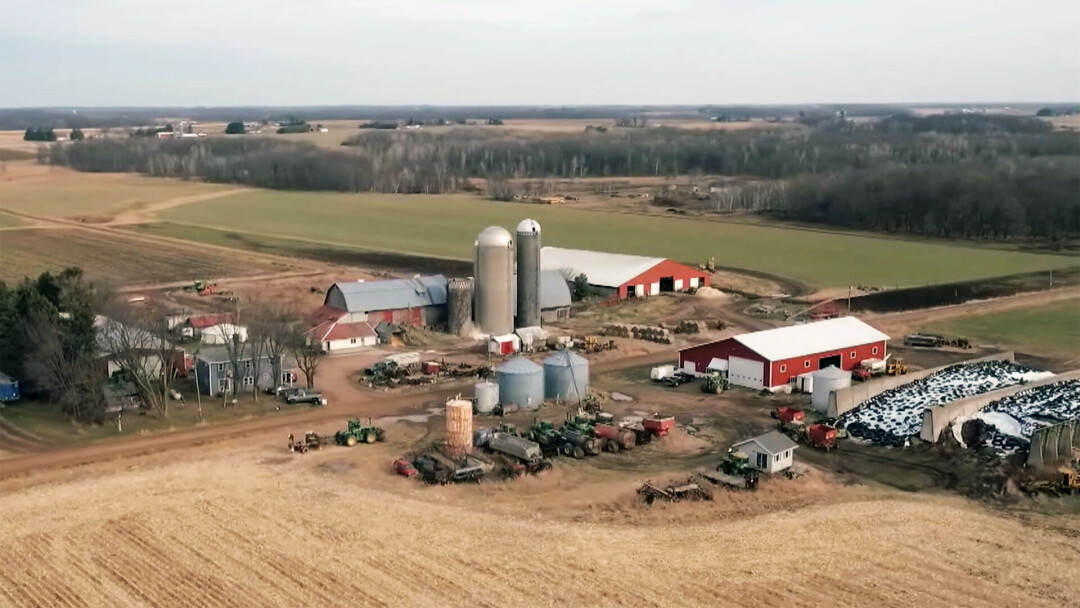 DAIRYLAND IN DISTRESS. A new documentary from PBS Milwaukee titled "America's Dairyland at the Crossroads" examines the dairy industry across Wisconsin, and features videography from Volume One's video production team, such as this drone footage from V1's video director Joel Pearish.

A yearlong investigative project featuring reporting from the Milwaukee Journal Sentinel and USA TODAY NETWORK-Wisconsin examines struggling Wisconsin dairy farms at a critical time in history. And their survival, dairy farmers say, is at stake.

A new hour-long documentary titled “America’s Dairyland at the Crossroads” debuted on PBS Milwaukee in mid-November, detailing a critical part of Wisconsin’s culture and economy: dairy. The documentary comes as part of the news organization’s Pulitzer-worthy series “Dairyland in Distress.”

The documentary was produced with support from PBS Frontline, Volume One’s video production department, and the Pulitzer Center, a nonprofit organization that supports in-depth journalism projects. It focuses on the small town of Loyal in Clark County, Wisconsin – only about an hour’s drive from Eau Claire.

When I'm on the block selling, and you see a grown dad crying on the stands as you're selling these cows, that's not an easy day.

The documentary features gut-wrenching interviews with longtime dairy farmers who detail an industry that has been crippled for over a decade.

“When I’m on the block selling, and you see a grown dad crying on the stands as you’re selling these cows,” says Mark Oberholtzer, an auctioneer interviewed in the documentary, “that’s not an easy day for them or for the auction staff.”

Dairy farmers interviewed expressed frustration and sadness at the downward trajectory of one of Wisconsin’s biggest economic industries, which generates over $45 billion a year.

“I would have rather have kept going,” said Shawn Schmitz, a former dairy farmer, with tears in his eyes, “even though I knew things weren’t going well. And I was upset. As a matter of fact, I probably said some choice words that I shouldn’t have.”

In 2020, the Milwaukee-based news organization reached out to Volume One to capture footage of Wisconsin farms, as well as to document key interviews along with longtime business reporter Rick Barrett of the Milwaukee Journal Sentinel.

The project is one of many agriculture-focused projects Volume One has now produced.

Check out the documentary below, and read the full “Dairyland in Distress” project here.