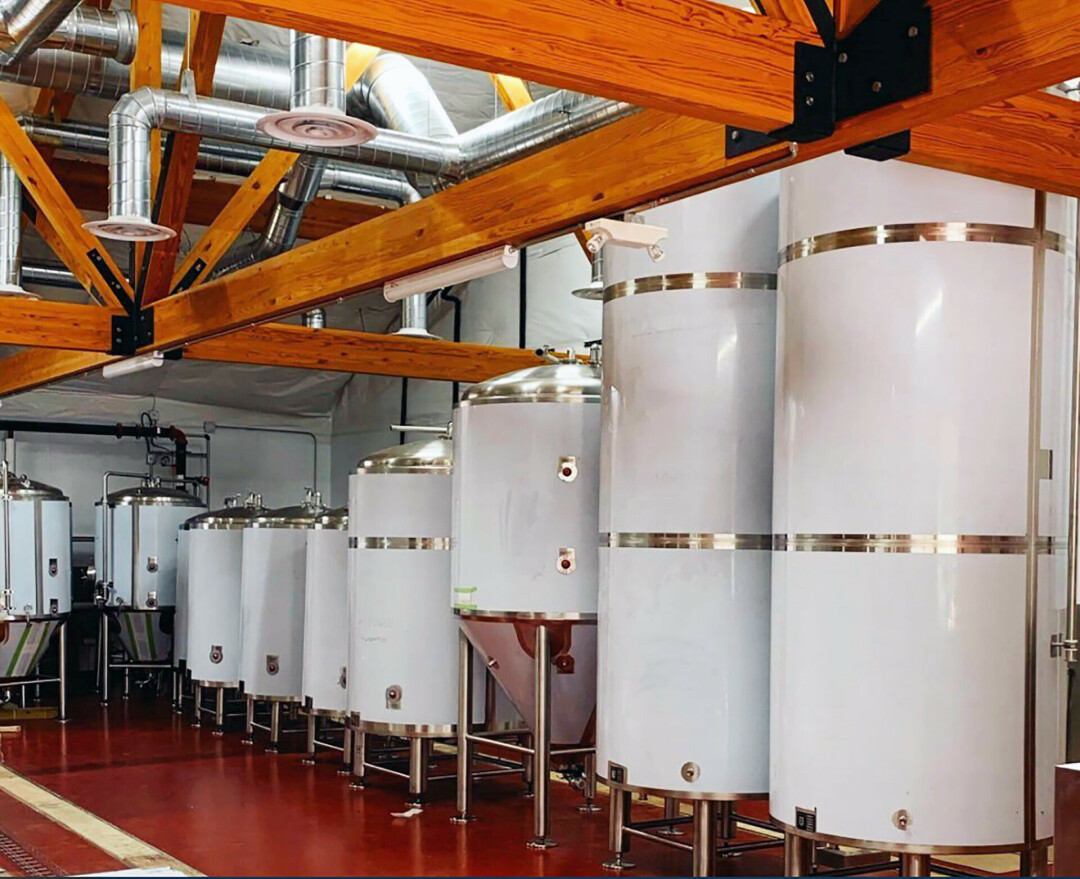 BIGGER ISN’T ALWAYS BETTER. Leinenkugel’s new microbrewery, located at their Leinie Lodge in Chippewa Falls, is slated to be fully operational by as soon as the end of the year, featuring limited-run, specialty beers. (Submitted photo)

If you’re craving some of Leinenkugel’s hibernated beers, don’t worry: You may be able to hibernate yourself this winter with a limited run of specialty, innovation, and classic nostalgia beers, thanks to a new pilot brewery at the Leinie Lodge in Chippewa Falls.

The pilot microbrewery offers the 154-year-old Chippewa Falls mainstay an opportunity to test smaller batches of custom innovation brews – or, to brew hibernated favorites, such as their Big Eddy brews, their Grapefruit Shandy, Cranberry Ginger Shandy, or Harvest Patch Shandy.

“I’m excited about the opportunity to be able to get to innovate more quickly,” said Lindsey Everson, Leinie Lodge manager, “and get our guests’ and our fans’ feedback on what we’re doing and how we’re doing it, what they like and what they don’t like, and also have some fun with it, and maybe get to do some purely special brews that we just want a smaller run of.”

There’s so many requests and so many ideas flowing around right now. What do we want to do first? We’re all so excited, and we all have our personal favorites.

The pilot brewery has been actively in the works for over a year and a half, but the idea has been brewing for even longer, Everson said. “There’s so many requests and so many ideas flowing around right now,” she said. “What do we want to do first? We’re all so excited, and we all have our personal favorites.”

Everson estimates that the microbrewery – which features a seven-barrel system that can be flexed down to three barrels – will begin testing initial beers and calibrating their new systems by November, and will potentially start tasting new concoctions by the end of the year.

The system offers potential for classes with a master brewer, contests, and so much more. “It gives us a lot of flexibility to play and be more creative,” Everson said.

The new microbrewery offers the opportunity to offer classes with a master brewer, start various contests, and host intimate events and tours. Visitors will be able to take a peek into the microbrewery, located in the Leinie Lodge in an area formerly used as storage, through an enormous window to see the brewing process firsthand.

For more information about the microbrewery, and for more about upcoming events and new brews from Leinie’s, check out leinie.com/leinie-lodge.