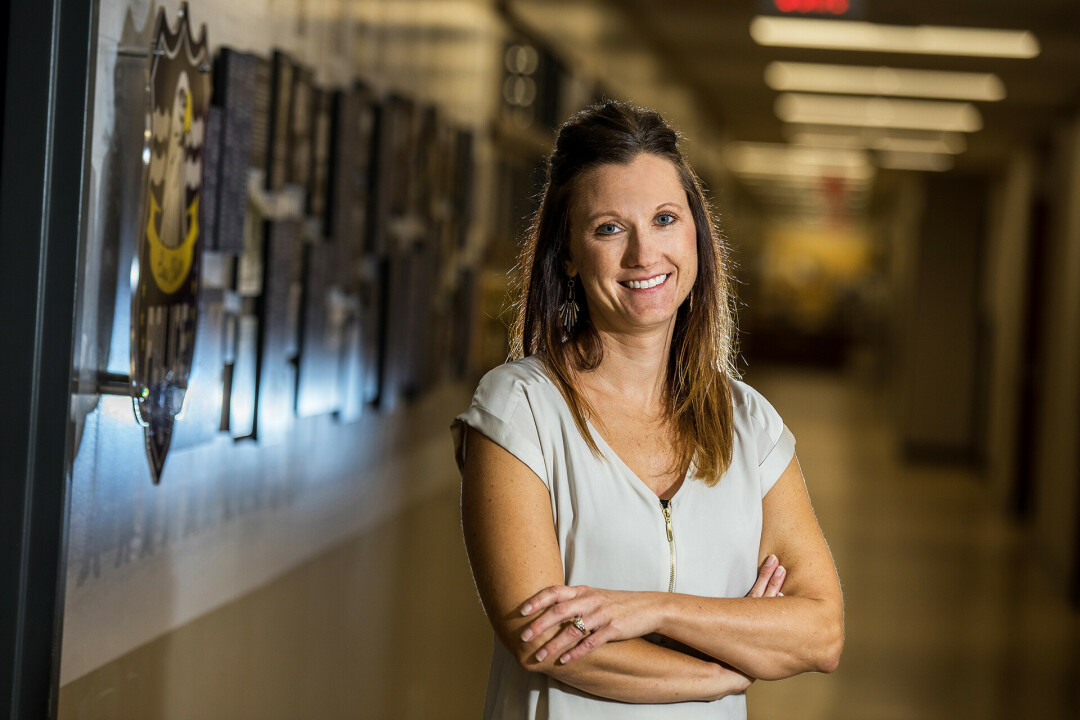 Lita Prorok wakes up every morning with the same thing scheduled in her workday: uncertainty. And she thrives in that environment – never knowing precisely what the day ahead of her will look like.

As the new co-response coordinator for the Eau Claire Police Department, her primary responsibility is to respond to calls involving individuals experiencing mental health or substance abuse crisis. But her response isn’t a criminal one; it’s a human one.

“It helps that individual be heard,” she said of her role. “It lets them tell their story. It lets them know that there are people who are in this community who want to help them, who want to take the time to get them back on their feet. And a lot of people appreciate that.”

I can have those conversations in a genuine, compassionate, empathetic way, so that the person in crisis will hopefully feel comfortable talking to me.

She is the first mental health coordinator for a law enforcement agency in the Chippewa Valley, and – since she was hired in July – she has worked with ECPD to develop the policies and procedures of her new position, integrating advice from nationwide co-response programs to meet the needs of the Eau Claire community. It’s a dynamic, ever-changing program, she said – one that will require modifications and enhancements as time passes to meet the needs of a growing community.

Prorok pursued her undergraduate degree in psychology at UW-Eau Claire, with a minor in criminal justice. She later received her master’s degree in mental health counseling from UW-Stout and began her career at the Eau Claire Academy – a residential treatment facility for children and adolescents who experience emotional disorders, educational difficulties, impaired social relationships, dual diagnosis with drug or alcohol abuse, behavioral disturbances, and/or psychiatric disorders.

After working over a decade with the organization that helps youth across the Midwest, she sought to pursue a position that was “more relevant to our community members directly,” she said. That’s when a position in the Department of Health Services Crisis Unit with Eau Claire County opened up – the department in which she has worked for the past five years.

Her work in crisis services with the county isn’t too different from the work she does now as co-response coordinator for ECPD – providing in-the-moment crisis assessments to determine an individual’s safety and need for mental health services.

But, that system was a reactive one, meaning her caseload came via referrals from Northwest Connections or the police department, who were called to assess individuals in crisis. She was formerly responsible for the follow-up of those calls. Now, she is part of the immediate response.

Her radio is the same one that officers use. She is logged onto the same communication network that dispatch uses. She is almost like a police officer – only she’s not.

She doesn’t wear a police uniform. She doesn’t drive a squad car. In fact, if you saw her on the street, you wouldn’t know she was affiliated with the police department at all.

“I bring a different approach to doing things,” she said. “There’s different ways I can interact with the individuals that the police officers don’t have that training or experience in doing. ... I can have those conversations in a genuine, compassionate, empathic way, so that the person in crisis will hopefully feel comfortable talking to me.”