Name That Loop! DECI Wants Your Ideas to Name This Downtown Path

What would you call the loop containing the Grand Ave., Phoenix Park, and Haymarket bridges, and the paths along the Chippewa? 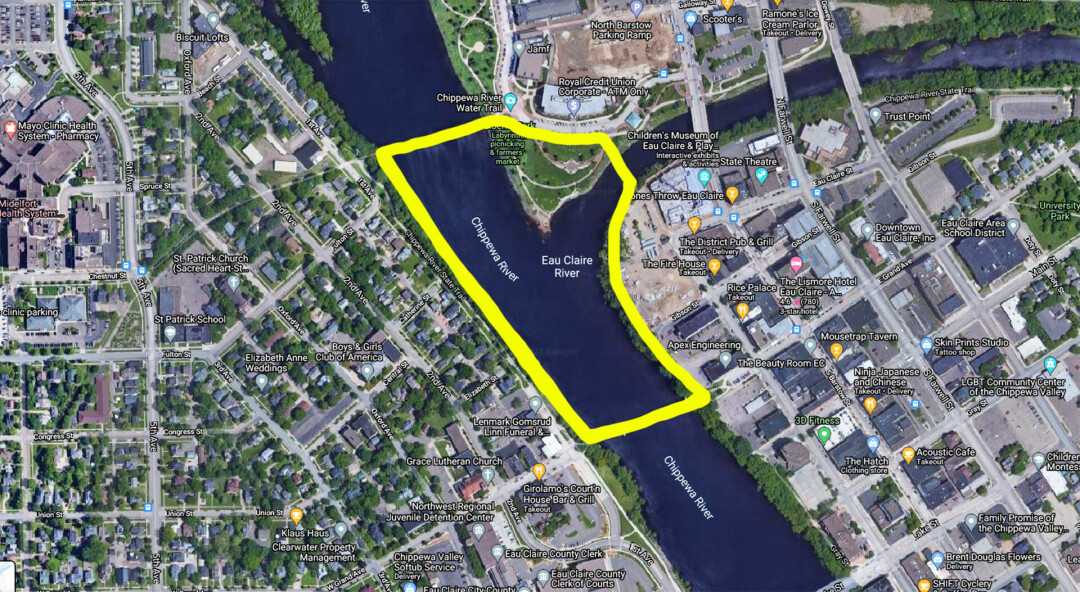 NAME THAT LOOP! Eau Claire officials are looking for YOUR help in naming this loop around Eau Claire. Got any ideas? (Photo via Google Maps)

Meet me at ... that place downtown where there's a bunch of bridges, right by the Pablo Center – you know ... that spot by the Chippewa River?

The loop includes the Grand Avenue, Phoenix Park, and Haymarket bridges, along with public paths along the Confluence and Chippewa River.

They want your suggestions on how to fill in the blank so that when you enjoy this area in the future you can confidently say, “Meet me at the _____!”

Submissions for names are open until Sept. 30, according to a Facebook post by DECI, when the DECI board and staff will narrow it down to their top three choices. A public vote for the winner will run through October, and a winning name will be announced at the beginning of November!

Submit your suggestions here, and find out more about this naming endeavor at their Facebook page here.
share
comments 1