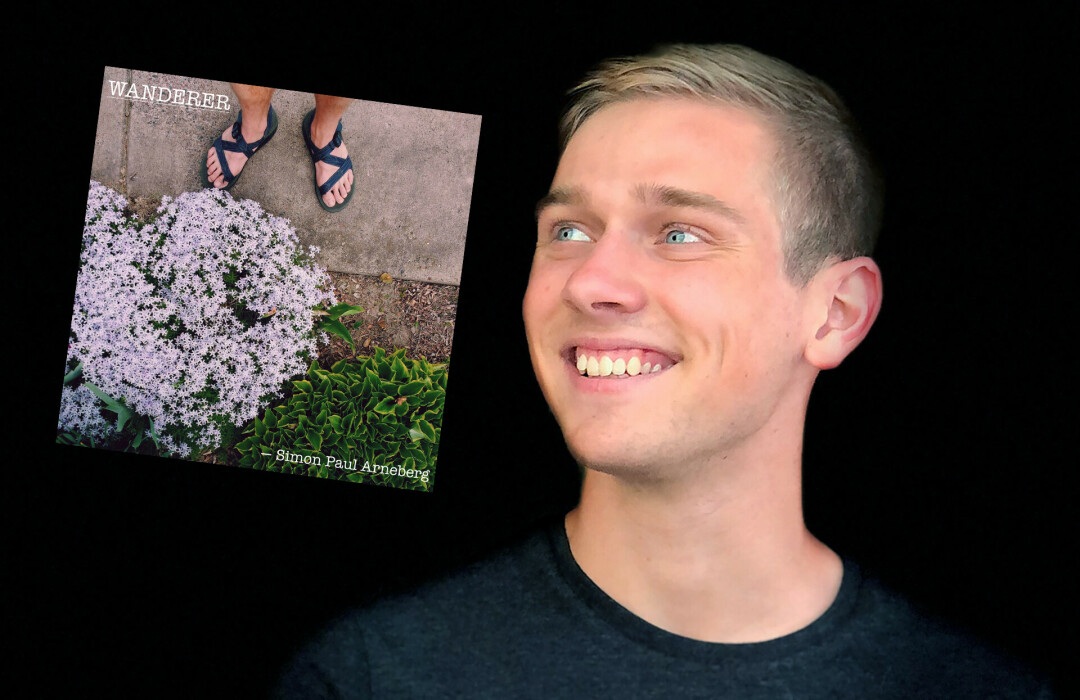 A dark time helped shine a light on a path to self-discovery for one local creative.

Simon Arneberg (also known by his stage name, Simon Paul Arneberg) is a Chippewa Falls native and UW-Eau Claire student whose mind is set on creating original music during the COVID-19 pandemic. Arneberg released his fourth EP since the onset of the pandemic, Wanderer, on Aug. 6 – something that was a lofty goal to Arneberg only a year and a half ago.

I just started writing as a way for me to process different things in my life and grow along the way.

“Originally, my only goal was to write the kind of music that I want to listen to,” Arneberg said. “I thought it would be cool to write songs that I could enjoy even if I hadn’t written them myself. If other people like listening to it as well, that would be great, but mostly I just started writing as a way for me to process different things in my life and grow along the way.”

Arneberg’s first three original EPs he has released in his short career include Branching Out, Rooted, and New Growth – all of which feature minimalist cover artwork and musical arrangements, mostly consisting of clean electric/acoustic guitars and moody vocals.

In contrast, Simon said his new EP Wanderer, will feature more jazz arrangements and piano-laden tracks to evoke a different musical response from his audience. The musician, who plays trumpet in Blugold Marching Band, said the new record explores the complex feelings he had during the onset of the coronavirus pandemic and the split mental state he is still experiencing because of it.

“The EP deals with … being able to let your mind wander and be filled with wonder of the world,” Arneberg said. “It explores the duality of longing for more in life, yet also being fully present where you are and not taking it for granted.”

Wanderer is available now on Spotify, Apple Music and all other major streaming platforms.