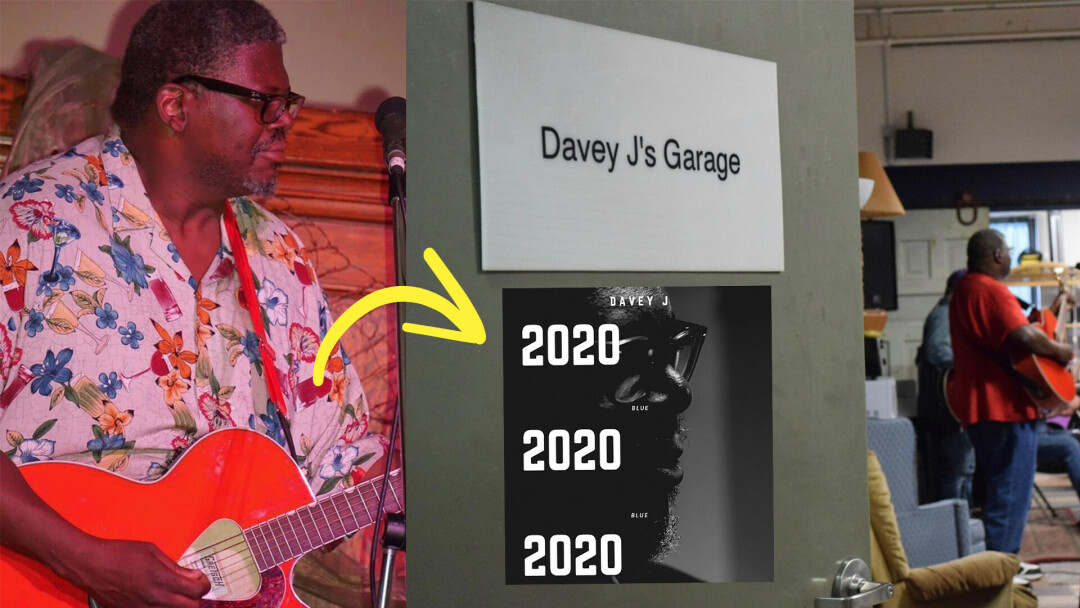 GLOBAL BLUES. David Jones (a.k.a. Davey J) is a musician and scholar, currently teaching abroad in Japan. This past year, he was inspired by the tumultuous world to write a new blues album, titled 2020 Blue, which drops on Sept. 4. (Submitted photo)

A local blues veteran is taking his original music from quarantine to the garage and now back out onto the stage.

David Jones (a.k.a. Davey J), an Eau Claire-based musician and scholar, just released his first original song in over five years. The track, “The Last Honest Man,” serves as the lead single for his upcoming full-length project 2020 Blue, due out on Sept. 4.

Even if we don't agree politically, we can still build bridges with one another.

“A lot of us have this neighbor-against-neighbor mindset right now,” Jones said. “Even musicians I know are disagreeing right now about politics, so the inspiration for this song was to shine a light on that conflict. But at the end of the day, I don’t have to carry the weight of everyone who thinks like me. Even if we don’t agree politically, we can still build bridges with one another.”

The new song – and the entire subsequent album – were recorded in Jones’ home studio cleverly referred to as Davey J’s Garage. Over the course of decades, Jones has developed a reputation of musical excellence and academic scholarship – the latter of which has taken him to Japan where he currently teaches a course on 20th century American literature.

When the COVID-19 pandemic hit in 2020, Davey J took advantage of the free time and decided to follow up his first original album, 22 Blue, with a new album paying homage to his original record in the title. He said he plans to have a CD release for the record when he touches back down on American soil and will entertain Chippewa Valley music lovers once again.

“It was difficult when all of the venues, restaurants and bars shut down, but it forced me to actively be more creative,” Jones said. “If anything, I just had more time to practice, and now I’m ready to get back out there.”

“The Last Honest Man,” is available now on Spotify, Apple Music, and all other major streaming services. The full-length album 2020 Blue, will be available on Sept. 4.