Start Your Own Distillery With This New Board Game 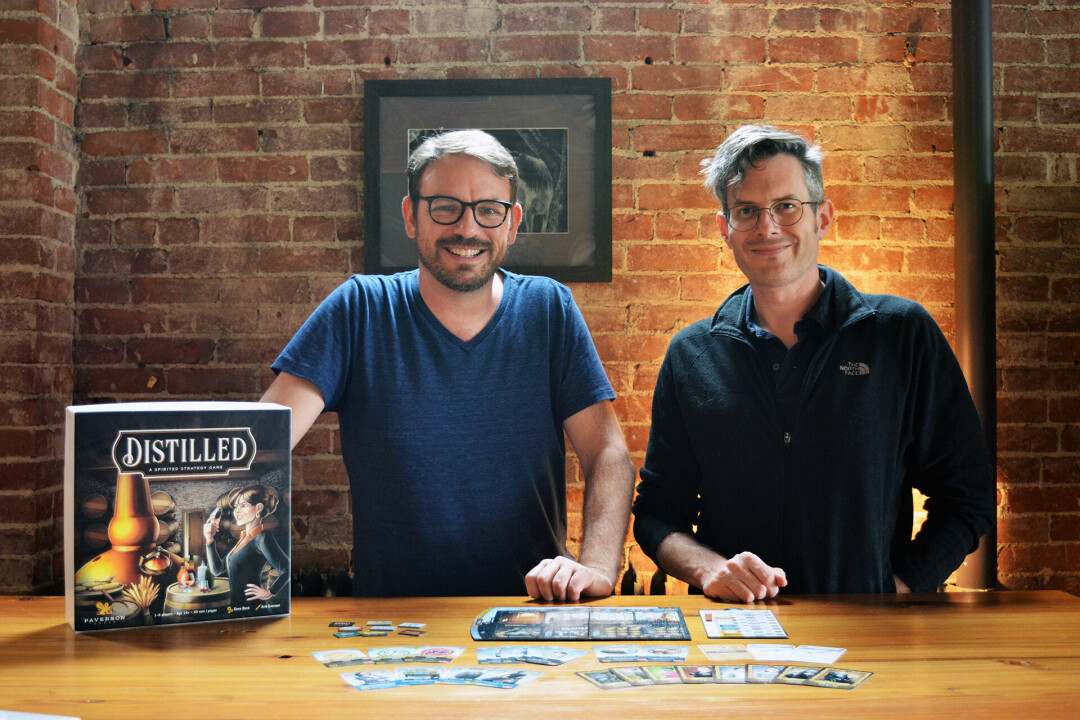 Have you ever wondered what it takes to make a board game?

“There’s a couple ways to answer that,” said Erik Evensen, associate professor of design at UW-Stout. “One is: How did we do it? And one is: How do people normally do it?”

Evensen and Dave Beck, both UW-Stout professors, took a different approach to designing their new board game – in part because of the pandemic, which curbed traditional playtesting methods, but also because their game is 100% locally ideated and created.

At the time, I don't think he knew what he was getting into, but it all worked out.

The game, dubbed “Distilled,” is inspired by Beck’s time on sabbatical in Scotland researching virtual and augmented reality for his work in video game design. While there, he explored many of Scotland’s iconic distilleries. “I’m a big board gamer,” he said. “And so I know the field fairly well, and it came to me that there’s this interesting idea of how I could depict the industry – the process of distilling alcohol – through a game. And I was fairly certain that I was right. There doesn’t exist a game out there about distilling alcohol.”

After working “furiously” on fleshing out his idea and developing paper prototypes, he messaged Evenson to see if he would be on board.

“At the time, I don’t think he knew what he was getting into,” Beck reflected with a laugh, “but it all worked out.”

With the help of Seth Berrier (professor of computer science) and Cody Reimer (professor of English), these UW-Stout professors-slash-gamers developed “Distilled,” a game that challenges participants to launch their own distillery and compete against other players to create the most – and best – whiskey and spirits. 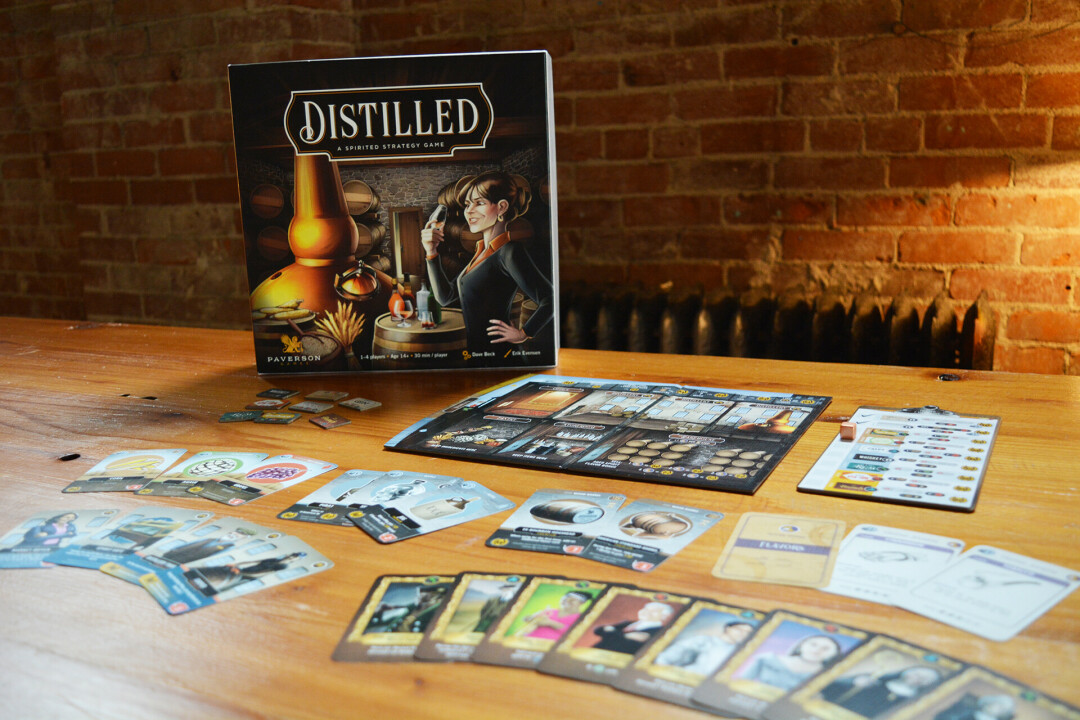 While Scotland’s culture is very much entrenched in distilleries – “Just like one might say that we’re used to things like farmlands, football, beer, and cheese,” Beck said – the game doesn’t focus exclusively on Scotland. Rather, it ties in popular spirits from Asia, Europe, North and South America, and expansion packs featuring spirits from Africa and the Middle East.

“It’s meant to help you learn about that part of the world – spirits and stuff – through the art of gameplay,” Beck said.

Beck launched the company Paverson Games LLC to develop the game, then created a Kickstarter campaign to maintain full, local control over the development of the game rather than shipping it off to a game developer. The team launched the campaign on Wednesday, July 7, with a goal of $18,000 in order to print 1,500 copies of the game – which would allow them to break even on their investment costs. Within 23 minutes, the campaign was fully funded.

“At first, it was like, oh man, this is going to fund really quickly. I better go get another cup of coffee,” Evensen said. “It was pretty great.” Now, the Kickstarter campaign boasts over 3,000 supporters and over $240,000 raised. Evensen said the support came from Beck’s work creating a gaming community not only locally, but nationally and internationally.

“We have hundreds of people who knew about it, were aware of it, (and) are sort of pre-fans,” Evensen said. “I think some of those people backed almost immediately.” Backers have the ability to contribute their opinions to the games, determining different artistic aspects of the game, alcohol flavors, and more.

“If we’re doing this Kickstarter, what this means is that we’re asking people out there to believe in us and invest in us,” Beck said, “and yeah, sure, they get a game out of it. Like, yes. But at the same time, the fact that they’re part of this journey is important.”

Learn more about the game – and contribute to the campaign – at kickstarter.com/projects/paversongames/distilled.