Vince Trapani knows what to do when life throws you curveballs: You throw them back 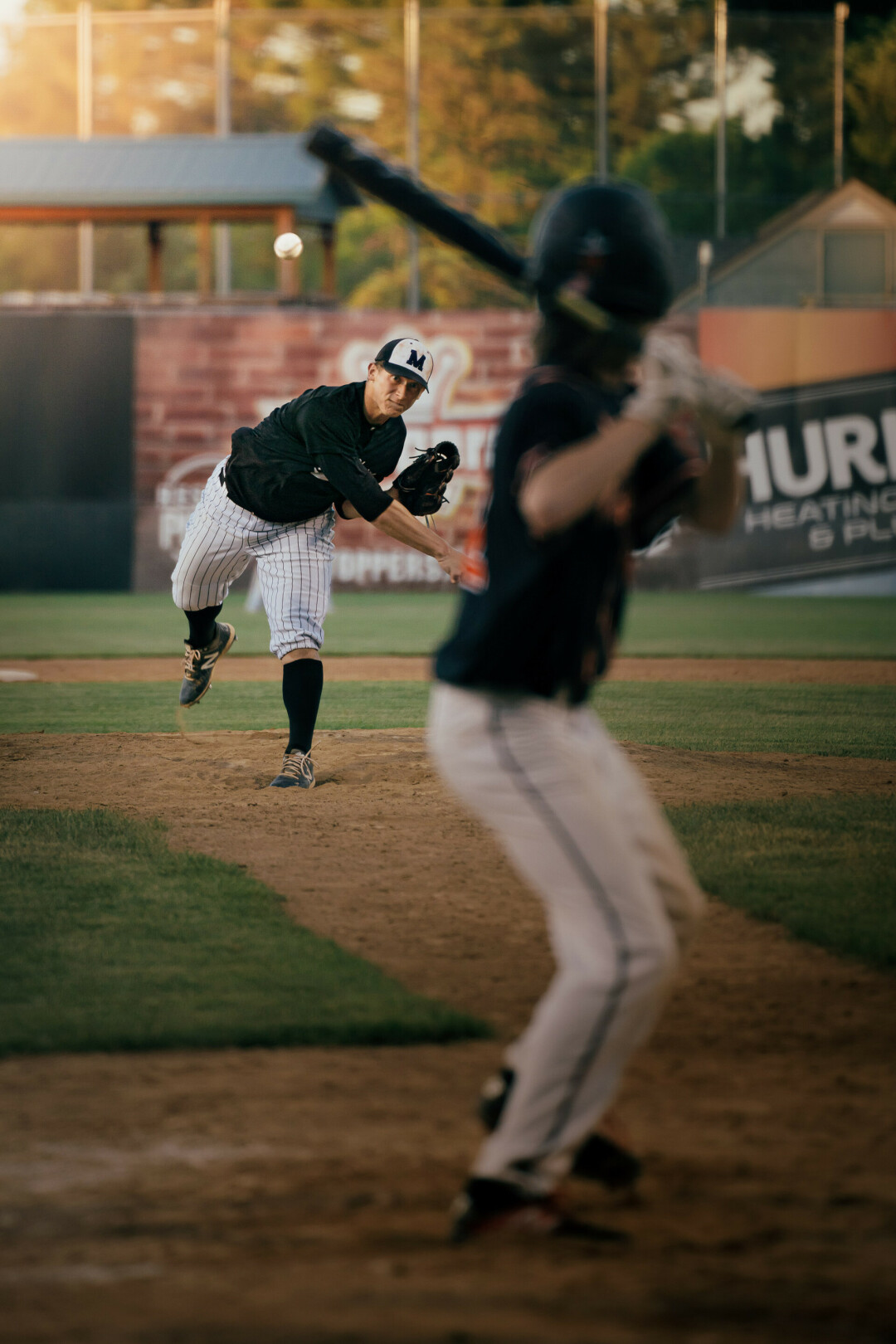 STRIKING OUT. Vince Trapani (pictured pitching at Carson Park above) rank as the top pre-pitching prospect in the Badger state. (Photos by Todd Trapani)

Baseball has long established itself as an iconic Midwestern sport, appealing to the good ol' fashioned folks looking to snag some cracker jacks and a hot dog and watch America’s pastime. Local teams have featured a good number of winning prep teams and eventual Major League Baseball players throughout the years. The latest name to grace the book of Chippewa Valley baseball excellence? The No. 1-ranked prep-pitching prospect in Wisconsin: Vincent Trapani.

Trapani was a key player on Eau Claire Memorial High School’s run to the state baseball tournament this past season – the first such accomplishment since 2008. The most incredible part of going to state, Trapani said, was “being able to with my teammates and best friends.”

It’s pretty awesome to be recognized as the top ranked pitcher in your state.

But ultimately I’ve never concerned myself too much with any type of awards. I like keeping my focus on my ultimate goal of playing in the major leagues.

As a star pitcher and player ranked in the top 1% of pitchers nationwide, Trapani’s next steps include college at the University of Arkansas in Fayetteville, with a team that in 2021 finished ranked fifth in the nation and nearly got to Omaha for the College World Series.

Numerous factors led to his choice to become a Razorback, he said. “The facilities are incredible, as is the coaching staff and fan base,” the baseball aficionado said. “There are so many positives throughout the entire program it was impossible to say no.” Trapani says he has been into baseball “from the get go,” asking his dad to play catch since he first learned to walk. His natural talent led to additional play with GRB Academy in eastern Wisconsin (a national leader in player development), and participation in several events spotlighting the best prep baseball players around the country.

That work has led to the Trapani ranking in the top of all pre-level pitchers in the Badger State.

“It’s pretty awesome to be recognized as the top ranked pitcher in your state, but ultimately I’ve never concerned myself too much with any type of awards,” he said. “I like keeping my focus on my ultimate goal of playing in the major leagues.”

Online evaluators like Prep Baseball Report and Perfect Game have taken note of his fastball. Meanwhile, Trapani says he occasionally deploys his breaking ball and off-speed pitches deeper into games, while generally using a consistent attack each time an individual batter comes to the plate. As he gets ready to play in Division I college baseball, Trapani’s focus will be on the rest of his arsenal. “I’m going to continue to refine both my breaking ball and changeup, and possibly add new pitch(es),” he said. “I’m willing to do whatever it takes to keep getting better.”

The list of local talent to reach Major League Baseball includes Andy Pafko, Tom Poquette, and Kyle Cody. Those aren’t the only names Trapani hopes to see in the MLB. In the coming seasons, he hopes, you may see a pitcher take the mound with a jersey bearing the name Trapani.