Ride On! Snag a Copy Of the New Chippewa Valley Bike Map 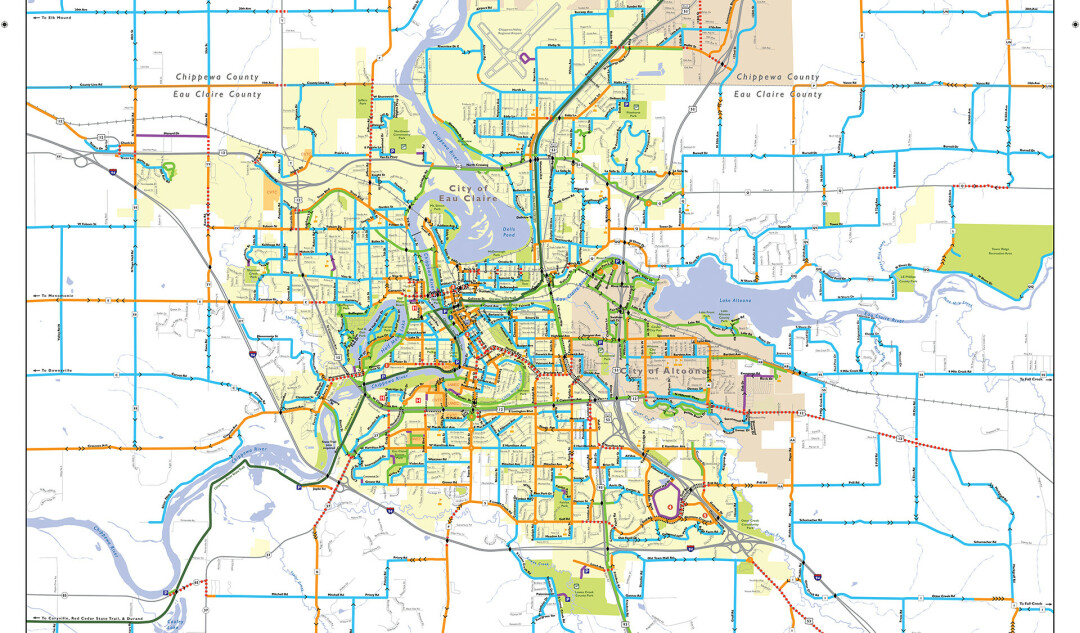 The 2021 edition of the map features dozens of notable changes – perfect for the increase of folks looking to get hiking and biking outdoors as a result of COVID-19 – but haven’t been able to snag the last map, which was printed in 2015.

“There’s kind of a bicycle boom because of the pandemic and everyone wanting to get outside,” said Jeremy Gragert, president of Bike Chippewa Valley. “It’s nice to not have a map shortage.”

You can grab one of over 25,000 copies of the updated map at any local bike shop, Blue Ox Running, The Local Store, local libraries, and many other locations throughout the Chippewa Valley.  “There’s nothing as up-to-date as this, or as detailed,” Gragert said.

And he would know, as he’s cycled through every one of the routes on the map to ensure each one is rideable, accurate, and ranked according to comfort level.

“There’s this challenge of getting to certain places or envisioning a route,” he said. “You just really need to know what you’re doing.”

Beginners can check out blue routes, which include low-traffic routes with a shoulder on the road and a bike lane. Orange routes are indicate potentially less comfortable routes, as there’s only sometimes a bike lane and generally higher traffic. Dashed red lines indicate a difficult connection between two trails – meaning there’s generally higher traffic and no shoulder to the road.

Other notable changes to the map include: