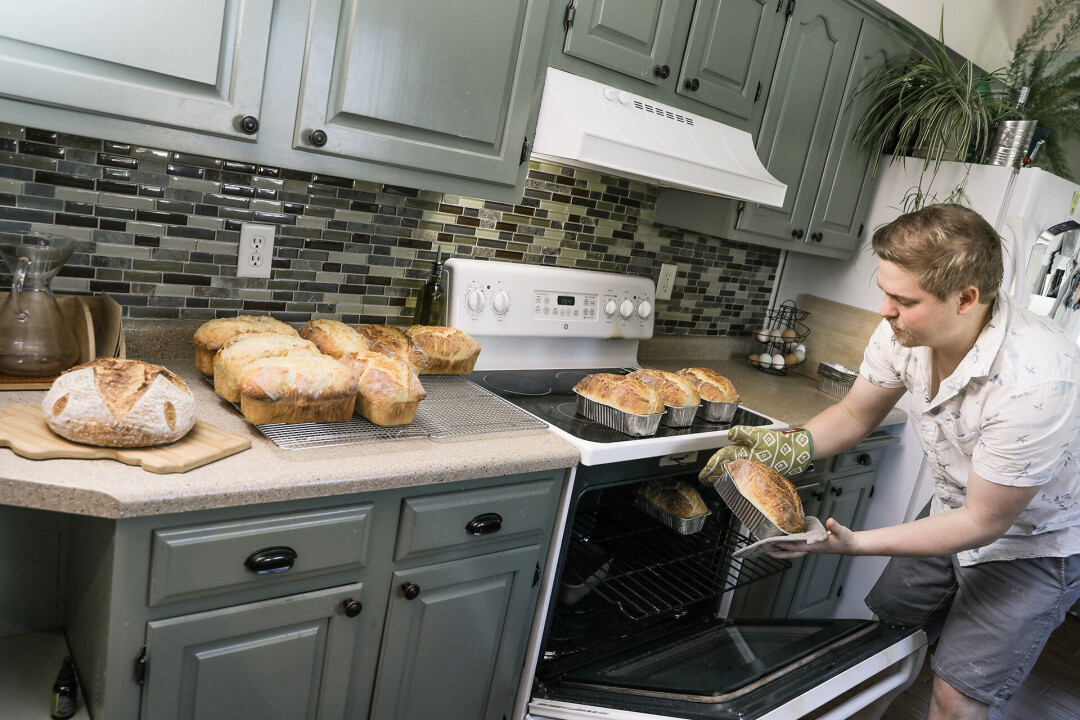 If you’re familiar with the baked delicacy known as sourdough bread, then you know its creation is a labor of love – to say the least. Finding just the right starter mixture, dough preparation, and baking method can take years to perfect.

Even the most knowledgeable of bakers know it’s tough to provide the perfect environment for sourdough bread’s natural fermentation process, resulting in the lactic acid that gives the bread its sour flavor.

Results can vary: from a stick-out-your-tongue sour to a dull, unflattering slice of bread. But one local baking aficionado seems to have found the recipe for success, which led to his home-based sourdough bakery, Birch Street Bread.

Greg Baumgart – a native of Merill, Wisconsin – has enjoyed cooking and baking for as long as he can remember. But his interest in sourdough bread first arose during his time in Santa Cruz, California, when a friend of his made memorable sourdough. Inspired, he made his way back to Eau Claire with his longtime partner Tyler Baumgart (a.k.a. local hip-hop star TeawhYB), and got baking.

It's something that is from my hands that I'm able to share with other people. 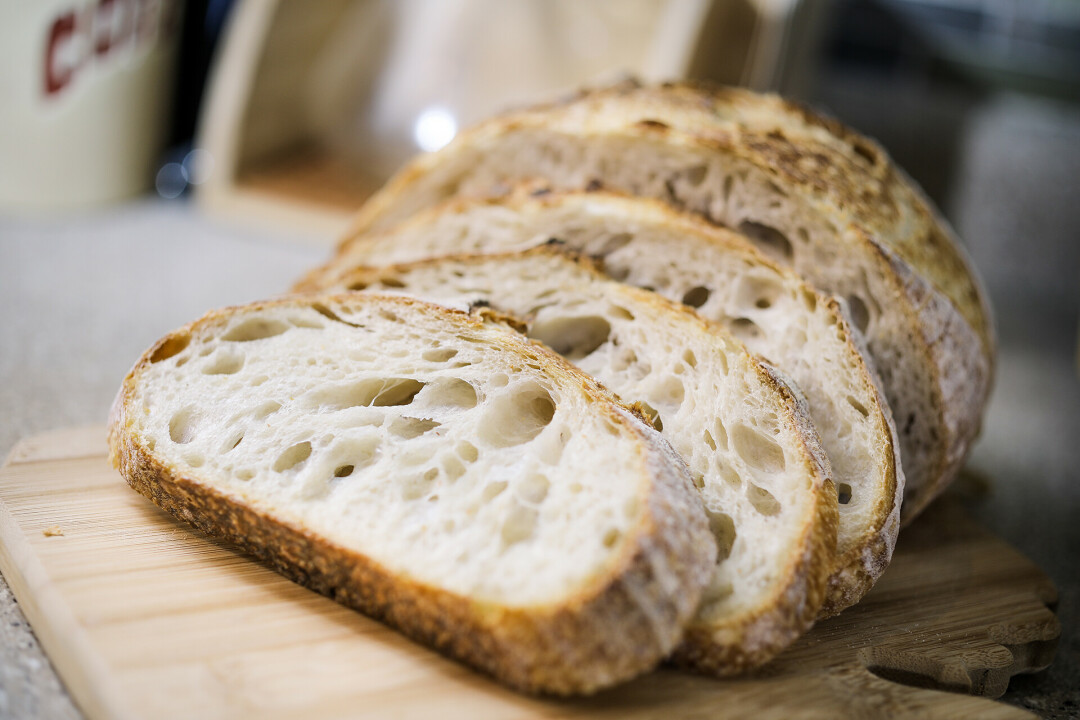 Mixed with abundant free time brought on by a year of quarantine – and inspiration from California’s baked goods – Baumgart launched Birch Street Bread in early May. He immediately began offering his breads to family and friends and – after rave reviews and several "best I've ever had" acknowledgments – expanded to a home-based bread company.

The original intention, Baumgart shared, was never even to sell sourdough, but – after hearing how much people enjoyed it – that just “lit a little fire under my ass,” Baumgart said.

Baumgart has perfected his starter (which he calls “Kevin”), as well as nailed his technique of getting good loaves – building the gluten structure by using the stretch-and-pull method as opposed to typical kneading. The 24-hour-long process is done completely by hand – no mixers, no tools. 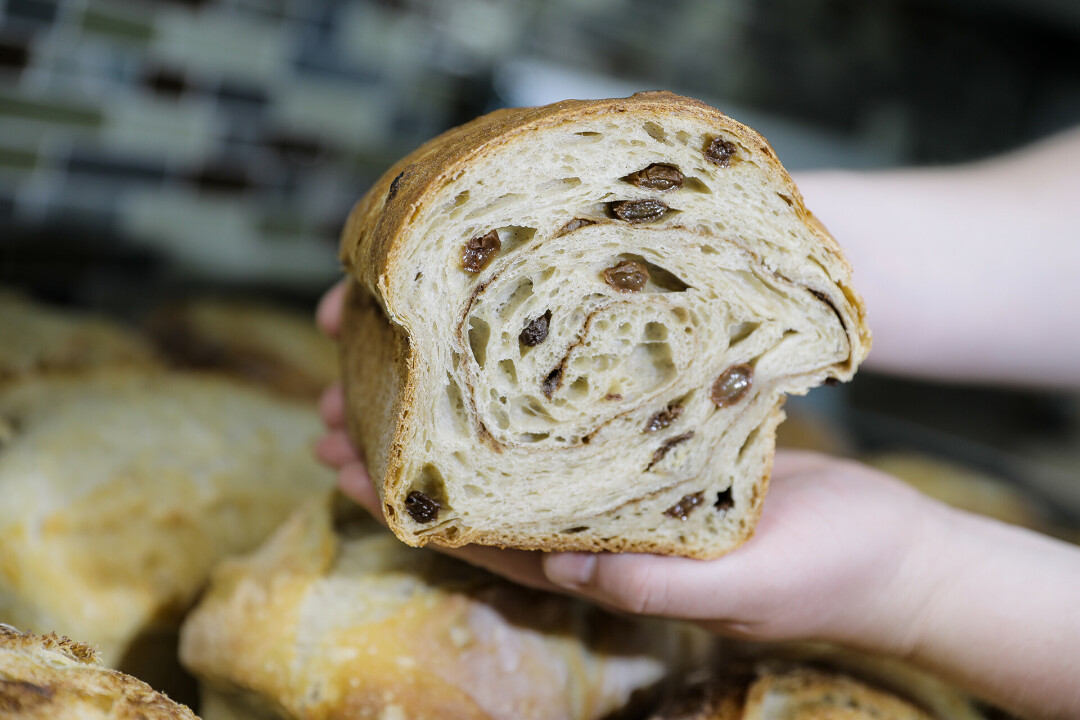 And, baking allows Baumgart to care for others through his love language: food.

“That’s what I love about it,” Baumgart said. “It’s something that is from my hands that I’m able to share with other people.”

Baumgart now offers small batch plain boules, cinnamon-raisin bread, and jalapeño cheddar-flavored versions of sourdough, beginning with about eight loaves a week, but quickly jacked his baking production up to 24 loaves a week.

Under Wisconsin’s Cottage Food Law, Baumgart can sell flour-based baked goods direct to consumers from his home, but cannot work with a third-party retail location, which limits the ability to meet demand. He does, however, prefer working out of his home kitchen and doesn't have any immediate plans to transition.

And, on top of this time-consuming venture, Baumgart is a full-time nursing student, a full-time employee, a doting dog dad, and maintains a chicken coop and vegetable garden in his spare time.

But that doesn’t dull his vibrancy in the culinary field. Baumgart’s passion for the process, the product, and that instinctual desire to share it with others is beautifully discernible, and makes for a finished product that can’t be replicated. 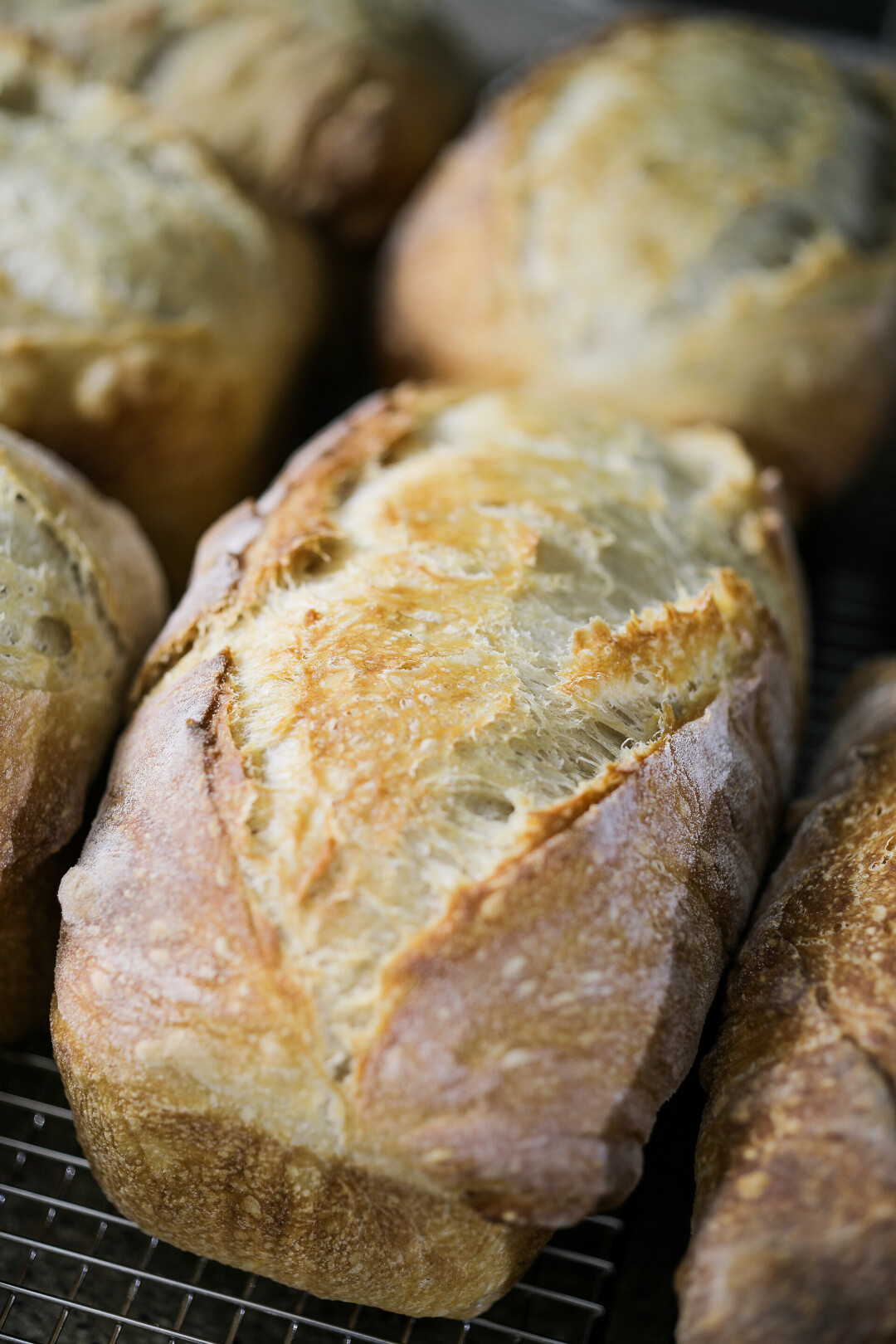 If you’d like to snag your own loaf of locally made sourdough, visit Birch Street Bread at www.facebook.com/birchstreetbread.