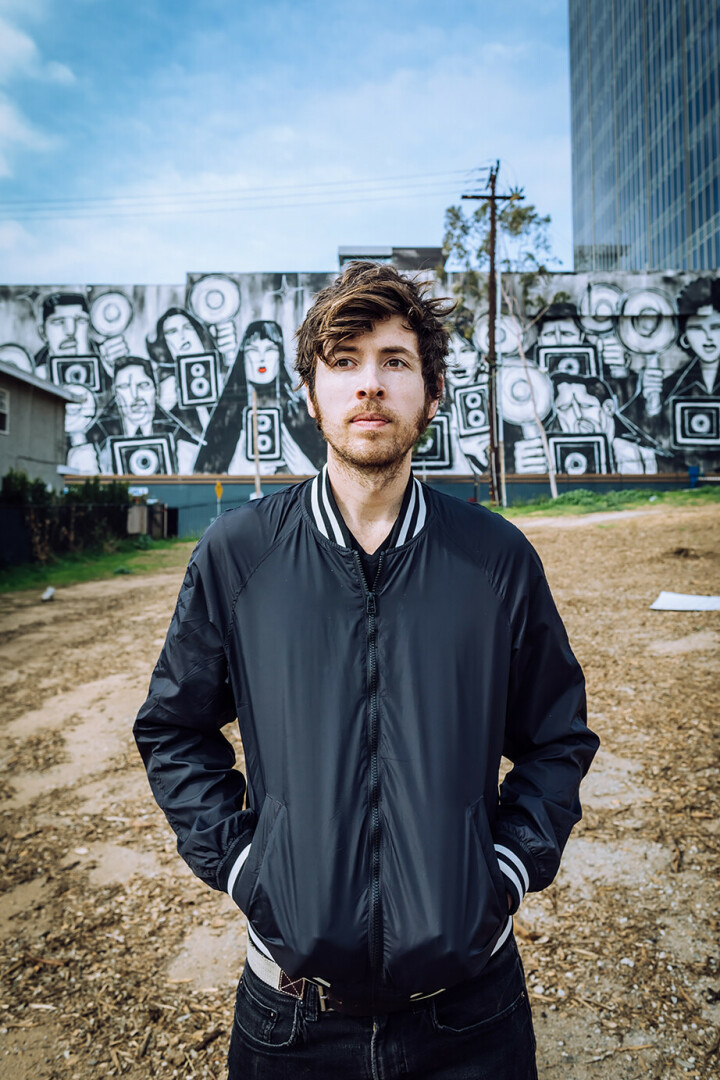 Brett Newski’s story is complex, tangled up in different places around the globe. But no matter which way you fold it, his story begins in his hometown of Eau Claire, where the prolific musician, songwriter, podcaster, guitarist, vlogger, and writer was born.

Born as Brett Wisniewski, Newski remembers playing Division III basketball at UW-Eau Claire, running drills up and down the formidable hill more than 20 times (which led to fellow players upchucking down the hill). That may (or may not) have been the reason he transferred to UW-Madison to pursue a degree in journalism and now resides in Milwaukee.

His real passion, though, was his “diet grunge” band, The Toast Master Generals, which Newski formed when he was a freshman in his dorm room at Towers Hall. The band practiced at a decrepit college house at the end of Water Street, where they would host parties and late-night jam sessions. “It was a horrifying house,” he recalled, “and we played in the basement, which is even more horrifying.”

When not hanging around their creepy basement (with a single light bulb hanging from a wire to illuminate the bugs and dust bunnies), they jammed at a local bar called Jericho’s (formerly located next to Metro Crossing, where Kwik Trip is, at 2851 Hendrickson Drive in Eau Claire), where Newski remembers his older band mates would sneak him beers in plastic cups. 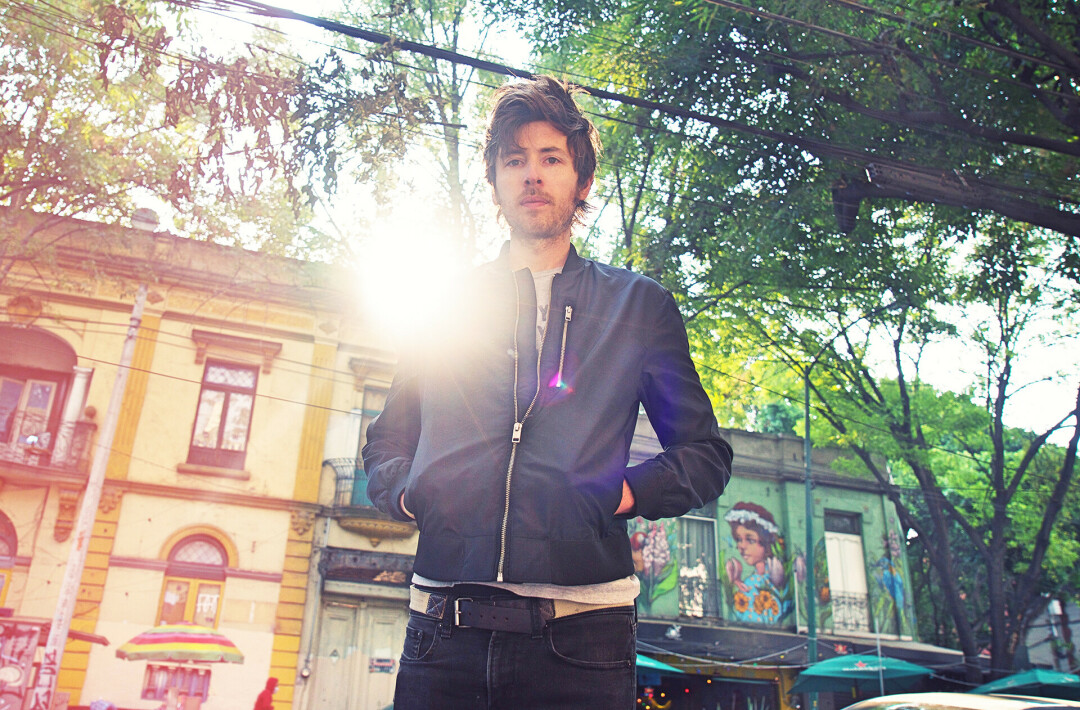 As he continued to pursue his passion for playing guitar, he quickly learned the music industry isn’t all that it seems.

Distinctly, he recalled musicians who wore winter hats in summer, oversized flannel, and who’d “drown out their lyrics in reverb so you couldn’t tell what they were saying.” This sparked his down-to-earth, honest, and real-good approach to the music industry.

In the nine years Newski has been a musician, he quickly found his stride as a full-time musician – actively making fun of the disgusting self-promotion necessary to succeed in the industry. But, strangely enough, his touring success wasn’t because of his music. It was because of his love to travel.  “It felt a bit purposeless,” he said, “just travelling around and not really having a purpose. So then I started integrating some gigs … and that sort of spawned touring for a living.” 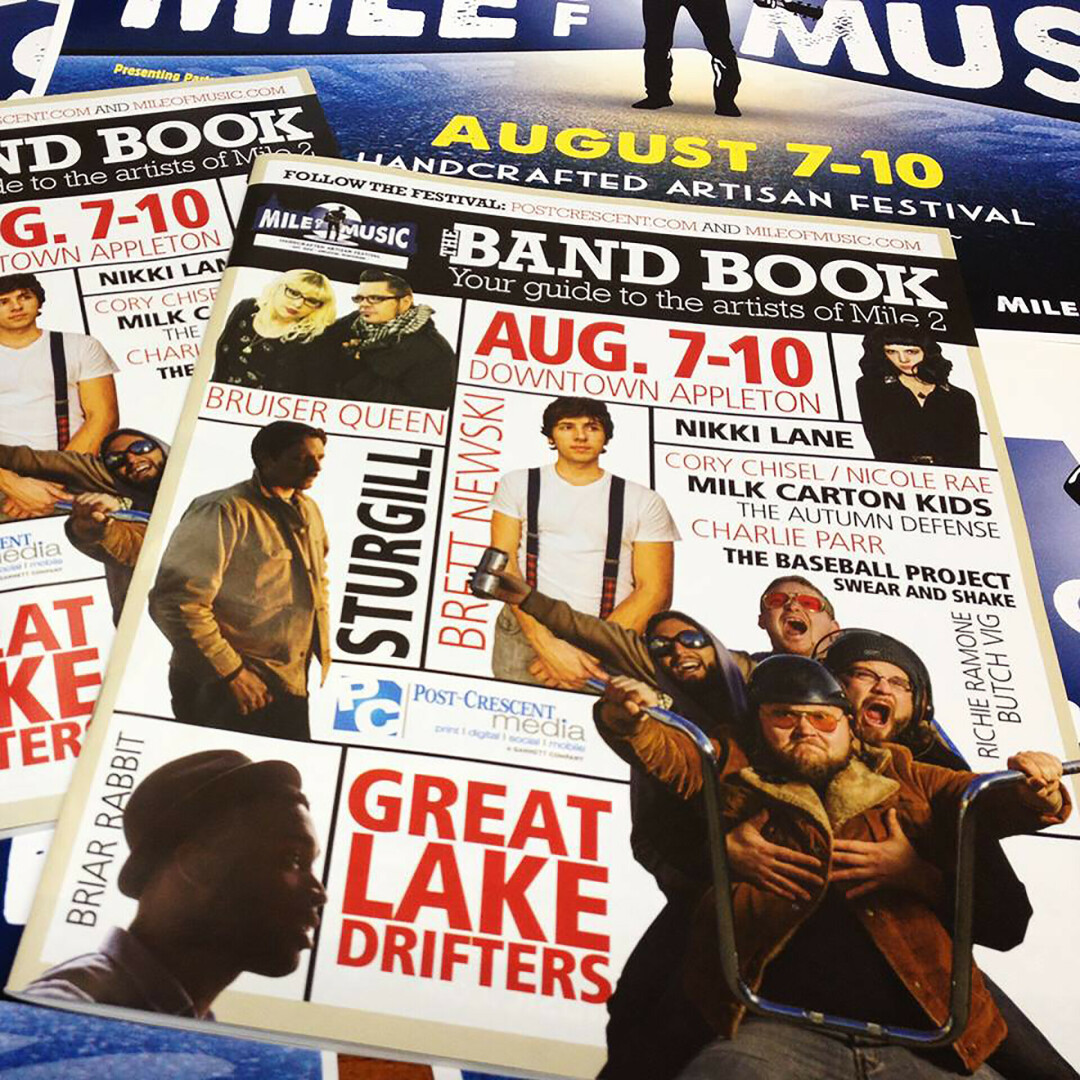 His music has received national attention: NPR named Don’t Let the Bastards Get You Down in a list of the top 50 albums in 2020, his song "Life Upside Down" was named one of the 10 best country and Americana songs by Rolling Stone in 2018, and Newski was recognized for his prankster antics by Pop Matters.

Oh, and he taught guitar riffs with Guitar World. 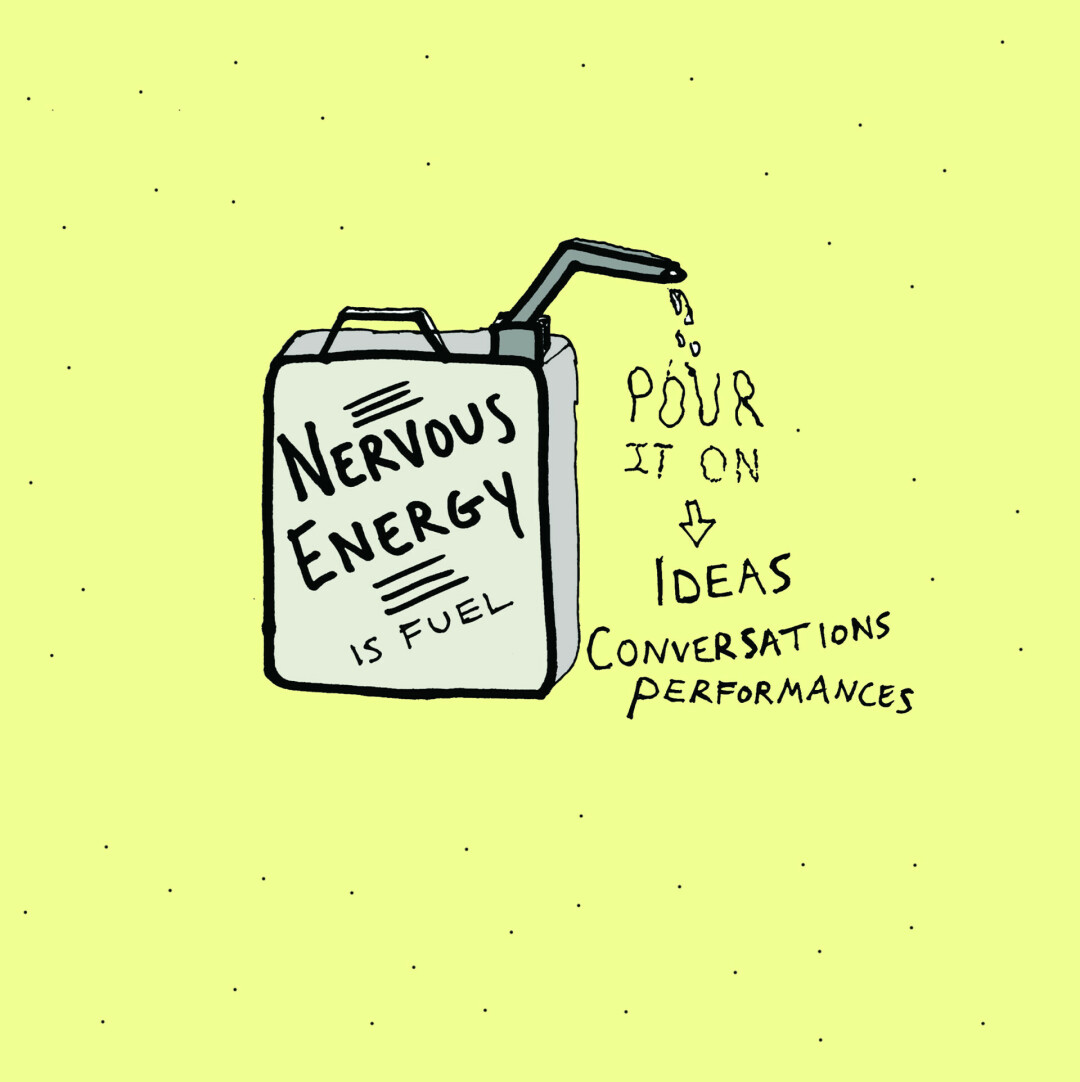 His adventures touring throughout South Africa and Vietnam, followed by his travels in Europe, Australia, and America, led him to launch his travel show, “Crusty Adventures.”

"It's such a whirlwind of misinformation, and labelled people telling you things, and charismatic people sounding like they really knew what was happening. I mean, all you can really do is do as much research as you can on your own, and sometimes – with the music industry – I feel like we're all just winging it."

At the core, Newski believes in the transformative power of experiences, learning about the world, the music and artistic industry, and himself by experiencing life firsthand.

“It was such a whirlwind of misinformation,” Newski said of the music industry, “and labelled people telling you things, and charismatic people sounding like they really knew what was happening. I mean, all you can really do is do as much research as you can on your own, and sometimes – with the music industry – I feel like we’re all just winging it.” 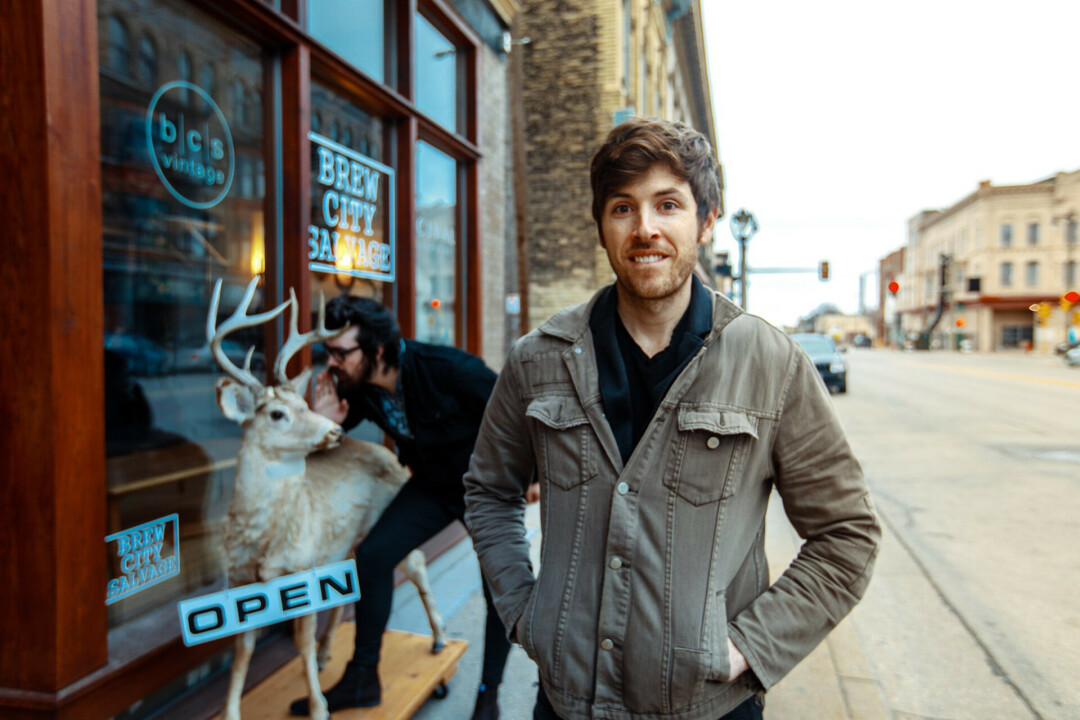 WHAT INSPIRED HIS PODCAST? HAVING TOO MANY STORIES.

As he became more comfortable with the stability of his music career (and as the pandemic encouraged many musicians – Newski included – to settle down at home), he launched his podcast, Dirt From the Road, which offered him a venue to tell stories from his adventures around the world before they were lost to his “brain ether.” And it allowed him to correspond with some pretty well-known names in the music and comedy industries.

It was a really wild, magic time. It was also an incredibly lonely time. It taught me a lot about myself.

Guests on his podcast have included Dashboard Confessional, All American Rejects, The Lumineers, Manitowoc Minute, Barenaked Ladies’ co-founder Steven Page, and a number of other musicians, comics, and content creators who share their strange on-the-road stories.

“It was a really wild, magic time,” Newski said of his journeys. “It was also an incredibly lonely time. It really taught me a lot about myself and how to wrestle with my own brain and how much alone time is healthy.” 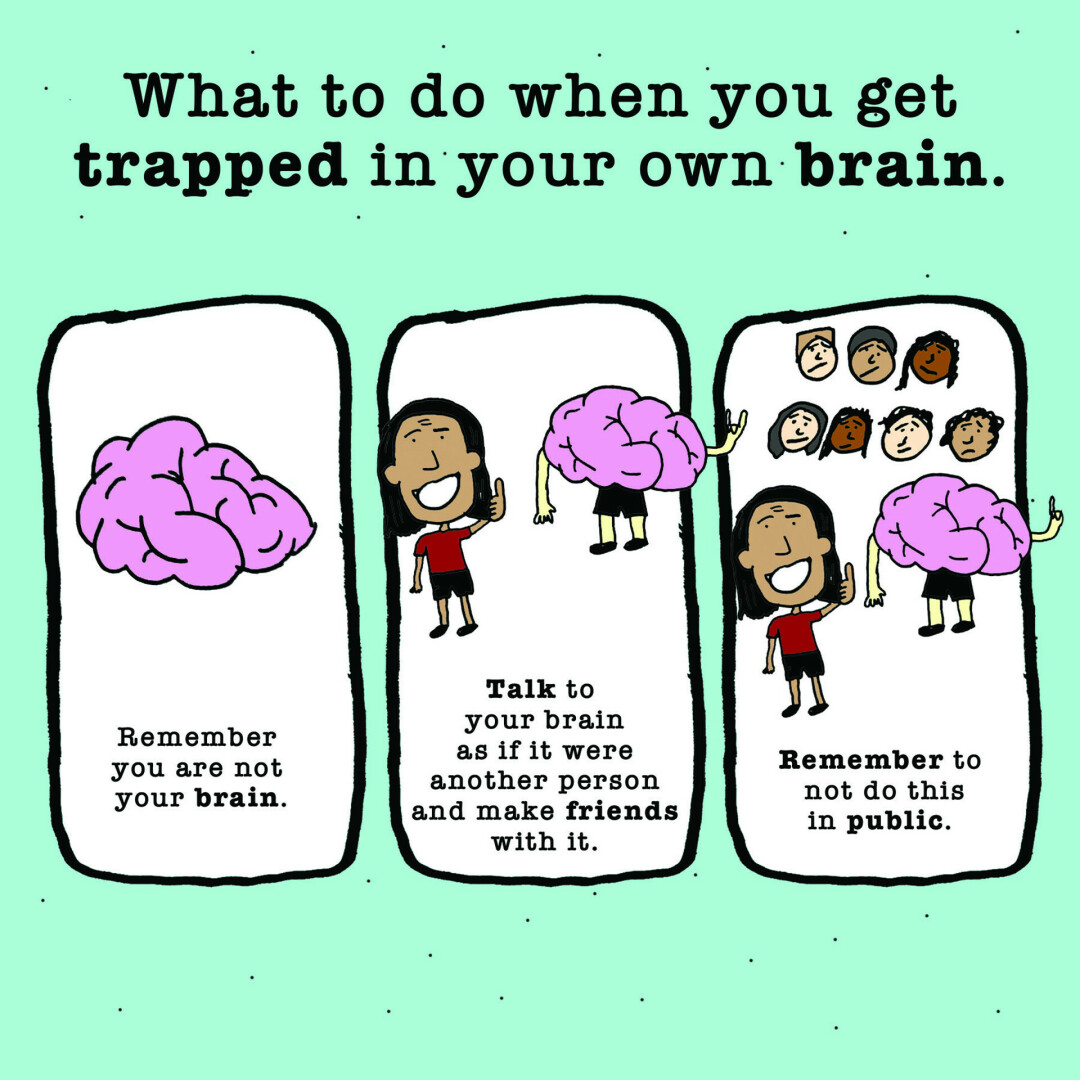 AND THAT LED NEWSKI TO HELP OTHERS COPE WITH ANXIETY

That’s when Newski began doodling about his anxiety and depression. After he found people on the Internet who appreciated his doodles and self-deprecating thoughts, he decided it was time. He wanted to write a book.

It’s Hard to Be a Person: Defeating Anxiety, Surviving the World and Having More Fun explores a multitude of anxiety-ridden scenarios that he struggles with. Like, what to do if you’re afraid of oceans. Or how to avoid going insane from social media. Or what to do if someone doesn’t respond to your email. The cherry on top, the creator said, is the illustrations, which give the book its sarcastic, witty tone in an easily accessible way.

Here's just one example of his (many) illustrations: 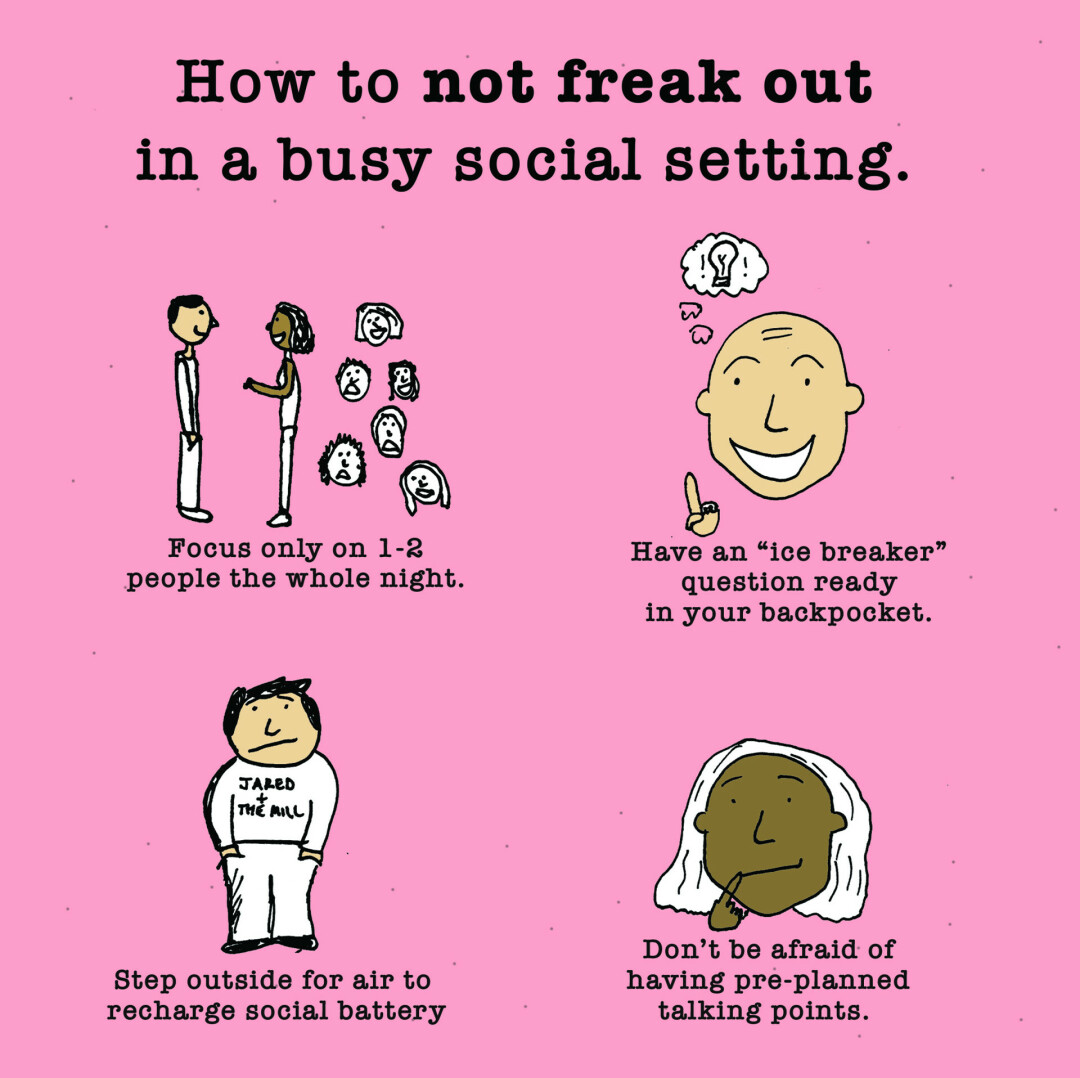 “It’s not just me giving unsolicited advice,” he said. “The aim was to make fun of anxiety and depression and laugh in the face of it, because that’s always been one of the most effective ways to deal with it.”

Brett Newski will be playing at Revival Records in Eau Claire on Nov. 13. Check out this link for ticket details. Find about Brett and his latest projects at brettnewski.com.