We Finally Know What Taylor Swift, Justin Vernon, and Aaron Dessner Were Up To EMPHASIS ON THE 'RED.' Taylor Swift is among the collaborators on an upcoming album from the Justin Vernon/Aaron Dessner-led collaborative Big Red Machine. (Swift photo by Beth Garrabrant)

A few months ago, Justin Vernon of Bon Iver shared a tantalizing snippet of a previously unheard song featuring Taylor Swift on Instagram Live. It now appears that the song is part of a forthcoming album from Big Red Machine, a collaborative project between Eau Claire’s Vernon and Aaron Dessner of The National.

Dessner and Vernon have a long history of collaboration with each other (including curating the on-long-term-hiatus Eaux Claires Music & Arts Festival) as well as with Swift (Dessner produced Swift’s two surprise albums last year, Folklore and Evermore, which also featured Vernon’s voice).

Now that creative collaboration has extended to How Long Do You Think It’s Gonna Last?, a new Big Red Machine album officially announced Tuesday. The album, which will be out Aug. 27, is the second from what publicity materials dub an “ever-morphing project” among Dessner, Vernon, and a host of other talented musicians. 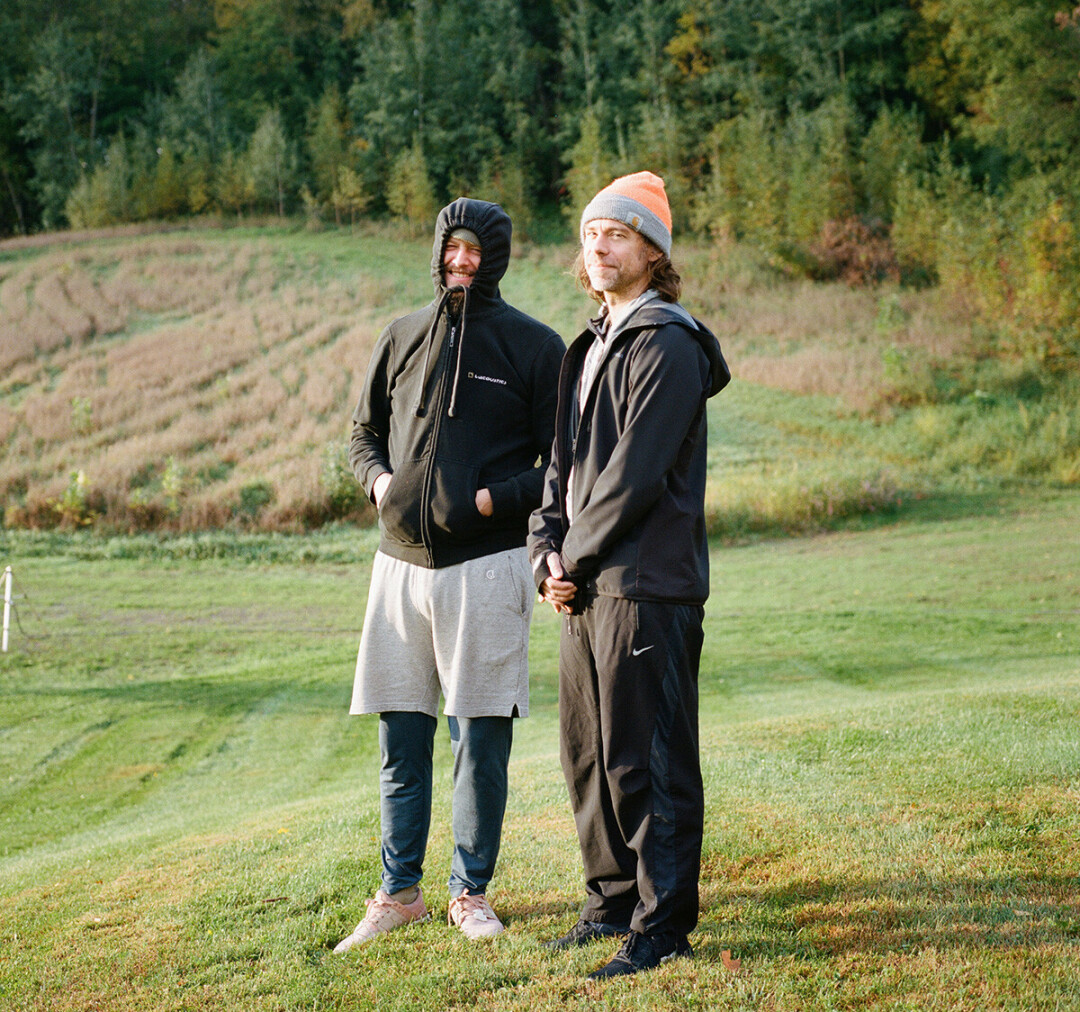 TAG TEAM. Justin Vernon of Bon Iver, left, and Aaron Dessner of The National are the creative forces behind Big Red Machine. (Photo by Graham Tolbert)

Swift sings on two tracks: “Birch,” which – like her two albums with Dessner – was recorded at Long Pond studio in upstate New York; and “Renegade,” which was recorded at Swift’s Kitty Committee studio in Los Angeles. The latter song was recorded the same weekend in March as Swift and Dessner won a Grammy for Folklore, leading to the question of whether either is able to take weekend off.

While the tracks Swift contributed to haven’t yet been released, the album’s first single and opener, “Latter Days,” is now available. The haunting tune is sung by Anaïs Mitchell and Vernon.

“It was clear to Anaïs that the early sketch Justin and I made of ‘Latter Days’ was about childhood, or loss of innocence and nostalgia for a time before you’ve grown into adulthood – before you’ve hurt people or lost people and made mistakes,” Dessner said in a publicity email. “She defined the whole record when she sang that, as these same themes kept appearing again and again.”

Other collaborators on the album include Fleet Foxes’ Robin Pecknold, Ben Howard and This Is The Kit, Naeem, Sharon Van Etten, Lisa Hannigan, My Brightest Diamond’s Shara Nova, and Aaron’s brother Bryce Dessner.

The album will be released Aug. 27 on the independent 37d03d (PEOPLE) label.

Learn more here about the project and the artists involved, or pre-order the album here.