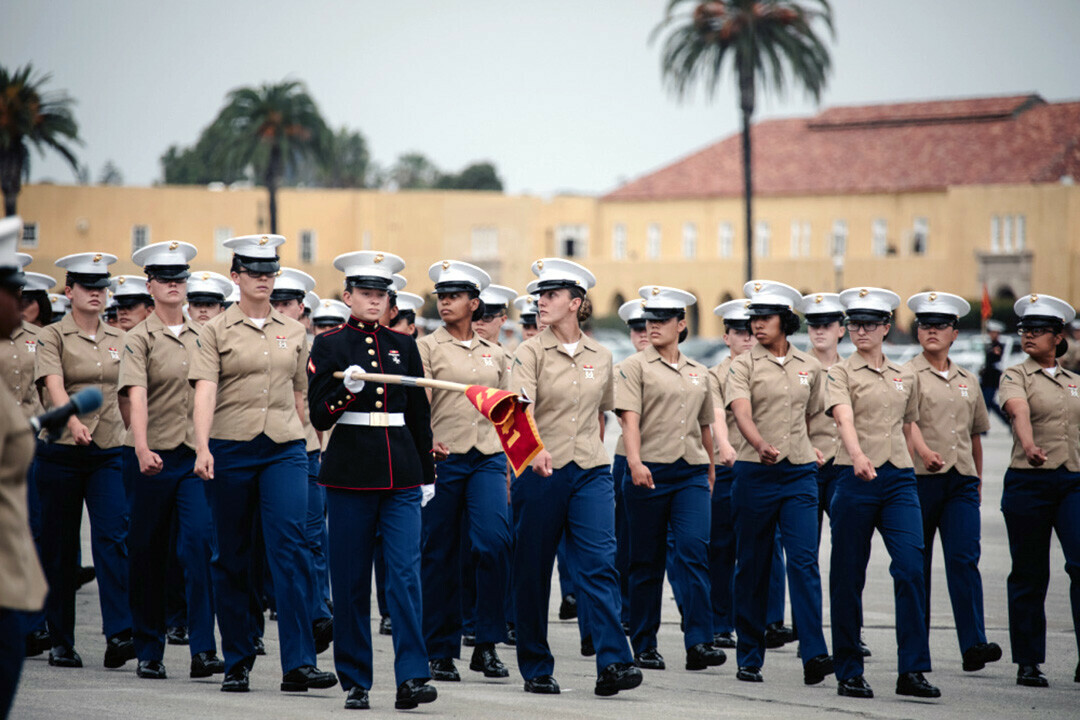 Advocating for change is a tough endeavor, and one former UW-Stout student is on the front line of the fight for equal opportunities in the U.S. Marines Corps.

Pfc. Rachel McKay is part of the first all-female platoon to graduate from the Marine boot camp in San Diego, California – a landmark in an ongoing effort to integrate the military. The women graduated May 6 as Platoon 3241 of Lima Company, 3rd Recruit Training Battalion.

McKay’s unit was the first co-ed company in the history of Marine Corps Recruit Depot San Diego. As Military.com reported, the graduation “marks a significant milestone in the service’s effort to expand training opportunities for female Marines.” Previously, female recruits could become enlisted Marines only at the boot camp at Parris Island, South Carolina, and there they trained in gender-segregated battalions, Military.com reported.

After pursuing an art education degree from UW-Stout for two years, the Arcadia native decided she needed a change of pace. “I wanted to serve my country and make a difference in the world,” McKay said via email. “I joined the Marines to prove to myself that I can be part of the best branch in our military.”

I know who and what I am: I am a Marine – male or female, it doesn’t matter.” 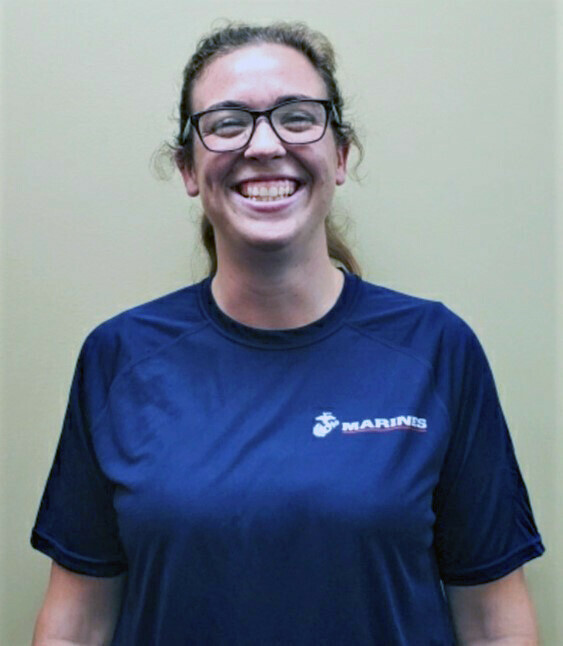 Rachel McKay is shown in a photo shared in November 2020 on the Marine Corps Recruiting Station Twin Cities’ Facebook page.

She shipped out to boot camp at the end of January and was immediately met with resistance. “Like everything else, there are stereotypes that need to be overcome,” McKay said. “We were taught in boot camp that perception is reality pushing us to be the best in our respective jobs, in our physical activities, and (in) our pride in the uniform. I found having a good work ethic helps with showing that I mean business, and ignoring any possible comments that I know aren’t true. I know who and what I am: I am a Marine – male or female, it doesn’t matter.”

In 2020, U.S. Rep. Jackie Speier of California managed to get a provision in a federal defense spending bill that requires the Marines to integrate their boot camp at Parris Island by 2025 and to fully integrate San Diego by 2028.

Though the Marines have not yet fully integrated, McKay says it has been “inspiring” to work with fellow women. “It’s very inspiring to see how diverse we are,” McKay said. “Throughout training, I have had the privilege to be taught by some of the most dedicated, toughest, and most intelligent (women) I have ever met.”

According to a recent NPR report, the “female platoon had the top scores in physical fitness and combat fitness over the five male platoons in their company.”

“You talk to any Marine trained in San Diego, and they will talk about the hills and mountains,” McKay said. “That was a large reason why many did not think that (women) could do it. … It was the most difficult experience I have ever gone through, with the biggest reward I have ever received.”