Land of the Free, Home of the ... Mural? Markquart Motors Names Winner of Mural Competition 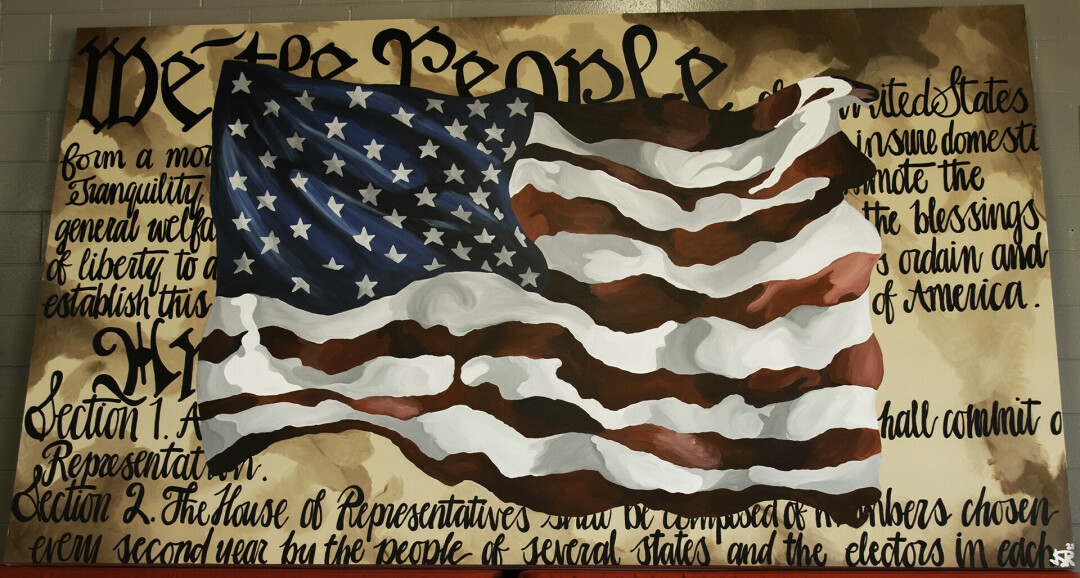 Oh, say can you see … the new mural at Markquart Motors? You can catch this patriotic piece – featuring the American flag and the preamble to the U.S. Constitution – waving proudly at the Markquart Motors service lanes in Lake Hallie.

The mural is the result of Markquart’s inaugural American flag mural competition, which seeks to recognize art submissions that depict “creativity, originality, and relevancy to American values, culture, and people,” according to the submission form. 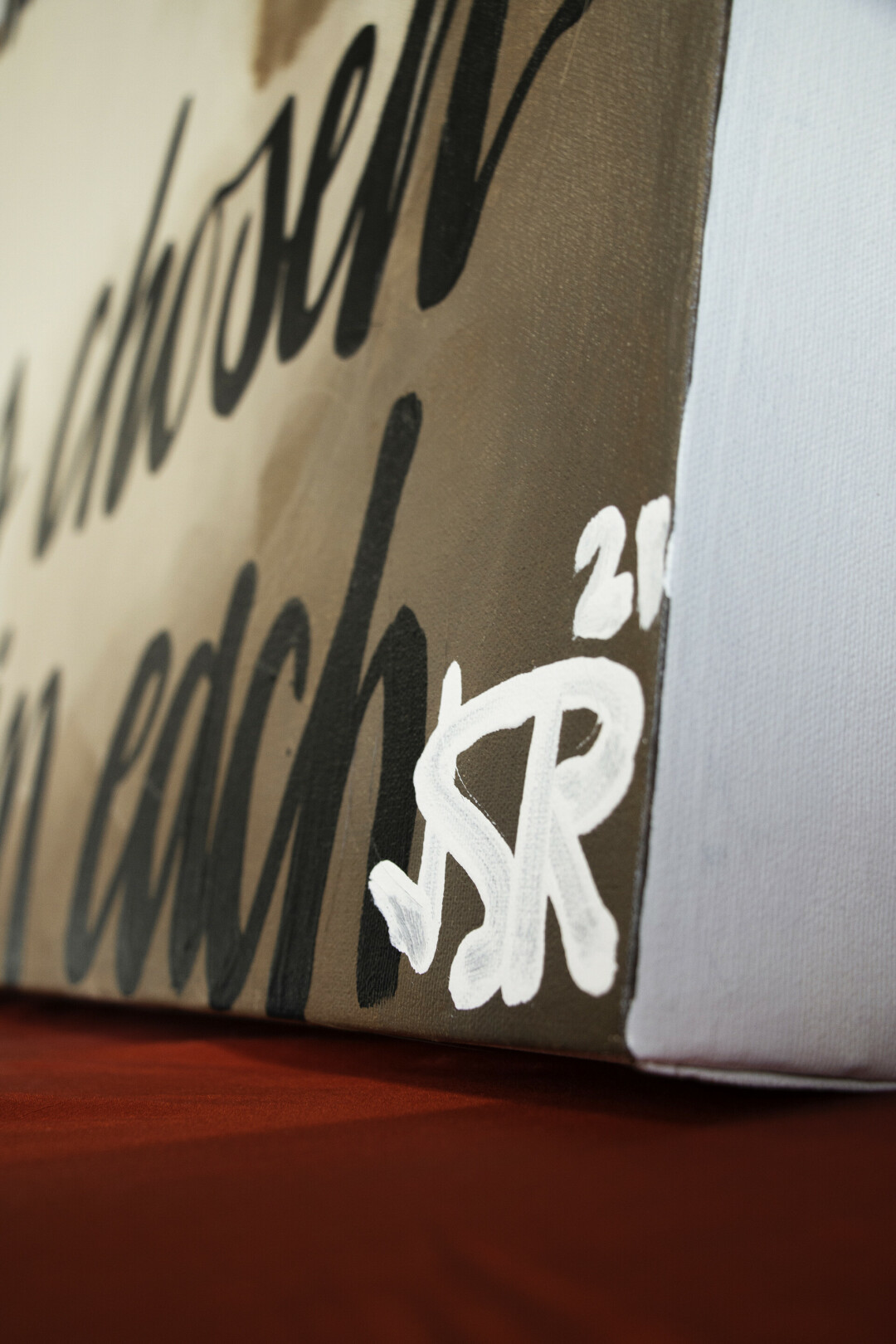 This year, the winning mural was created by Chippewa Falls native and 2020 Chi-Hi graduate Jillian Raschke, who is currently studying psychology at UW-Eau Claire. Raschke received a $5,000 scholarship for her ambitious artwork, and her work will be featured at Markquart for the next year – after which, the piece will be auctioned off, with proceeds benefiting a local nonprofit organization, according to a media release. 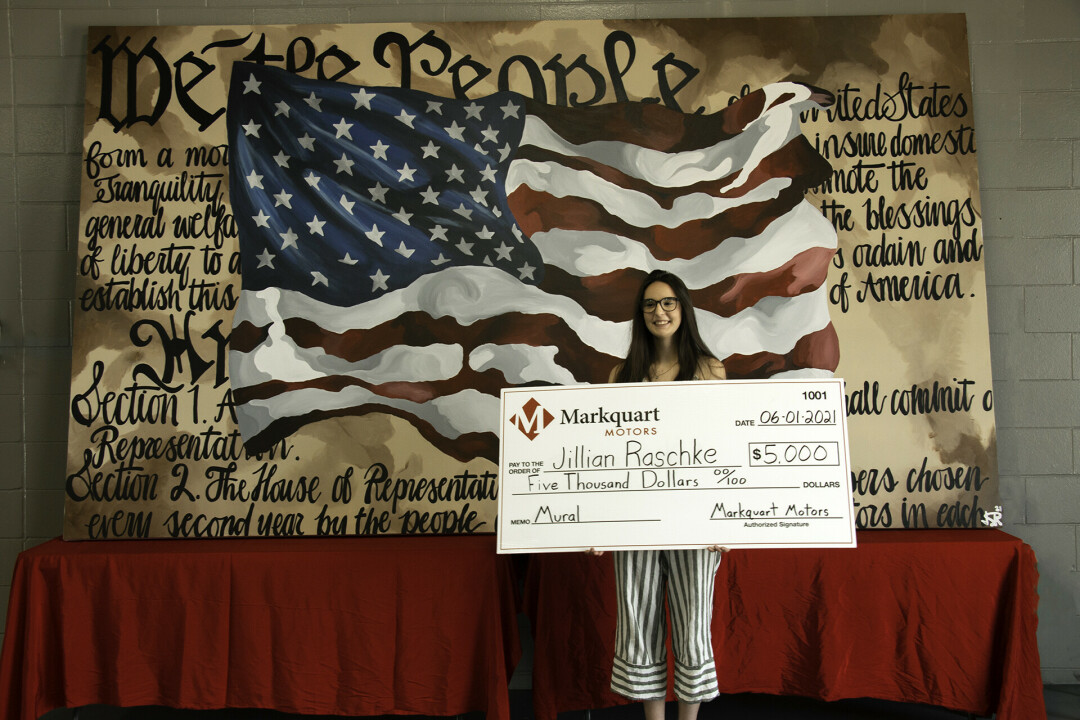 STUDENT SUCCESS. Jillian Raschke pictured above with a $5,000 scholarship check for her patriotic new mural at Markquart Motors in Lake Hallie. (Submitted photo)