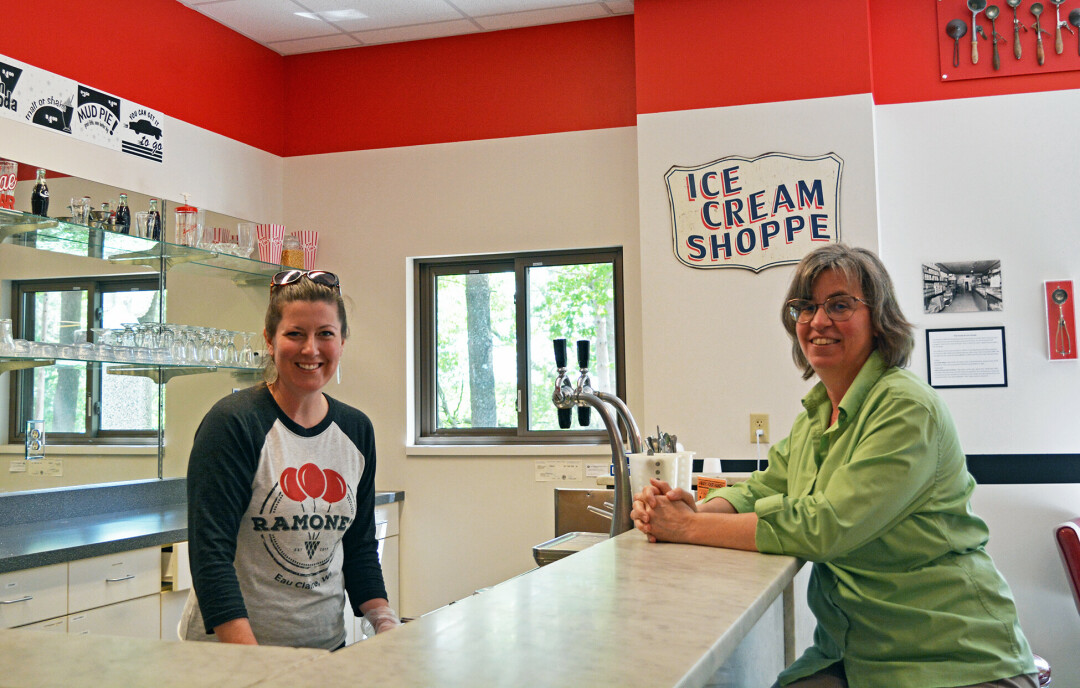 A countertop that was once used at Dor Smith’s – an ice cream parlor located on South Barstow Street from 1912 to 1922 – has been part of the Chippewa Valley Museum’s collection since 1977. The historic ice cream counter has been used primarily by volunteers over the decades to scoop up generic ice cream out of the 1950s-inspired Ice Cream Shoppe within the museum, according to director Carrie Ronnander.

Thanks to a partnership with Ramone’s Ice Cream Parlor, however, that all will change, as the museum will begin offering Wisconsin-made ice cream, on that same vintage counter, beginning Saturday, May 29. 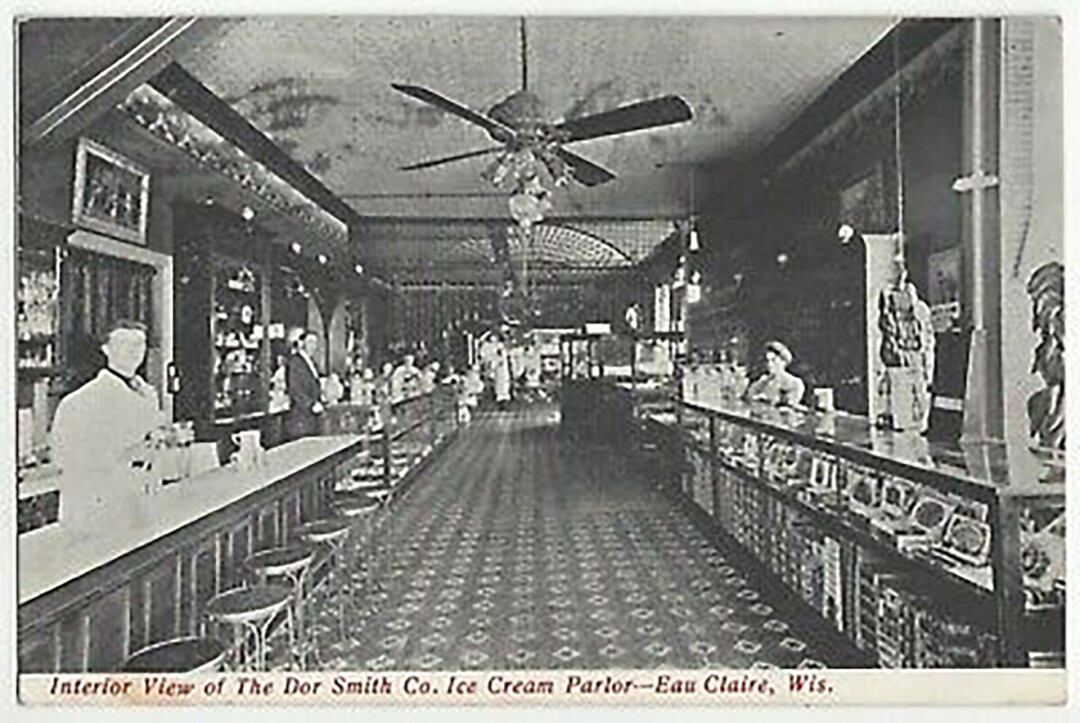 “Carson Park, in general, is such a mecca for families,” said Kayla Midthun, co-owner of Ramone’s, “and we’ve got a young family that utilizes the park a lot, and I think this is just a great option for folks to have Ramone’s at their fingertips when they’re at the park.”

As part of the fourth anniversary of their downtown Eau Claire ice cream shop, owners Blayne and Kalya Midthun wanted to create a unique opportunity to get kiddos and families outside. They hid four red balloons around the Chippewa Valley and revealed hints to secure their find at 4pm every day. The four individuals who found the balloons were all entered into a drawing to win a year’s supply of ice cream, and runners up received $20 gift cards to Ramone’s. Kiddos who still searched for the balloons received “free scoop” chips that can be redeemed at any time. 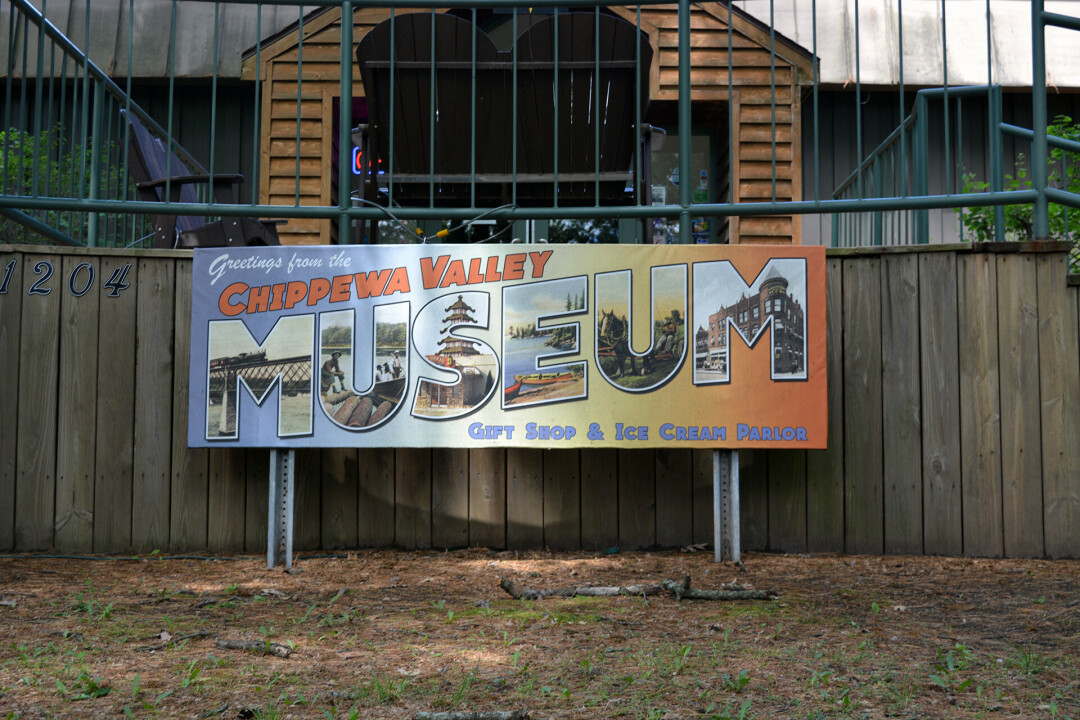 The final balloon, which was hidden at the Chippewa Valley Museum, announced the ice cream parlor’s new partnership with the museum – marking the first time that the museum has worked with an authentic ice cream shop to run the parlor within the museum. The location will be staffed by your favorite team members from Ramone’s, and will share profits with the museum as an effort to support both Eau Claire-based organizations.

“One of the questions Blayne and I get asked a lot is, ‘Are you guys going to do another location? Are you going to expand?’ ” Kayla Midthun said. “And, to be honest, that’s never been our goal. When we talk about the pieces of the business we want to grow, we love the Cash for a Cause component and the nonprofits, and we do a podcast that features the nonprofits. If we’re going to grow, that’s the direction we want to grow. We want to grow our giving and our community involvement, and so that’s where this feels like a really good fit.”

The museum location will offer eight flavors of Chocolate Shoppe ice cream (as opposed to the 24 at Ramone’s flagship location), as well as traditional malts, shakes, and baked waffle cones. And, if you’re hanging around Carson Park all day, the Ice Cream Shoppe will serve up hot dogs and chips for families looking for a bite to eat. 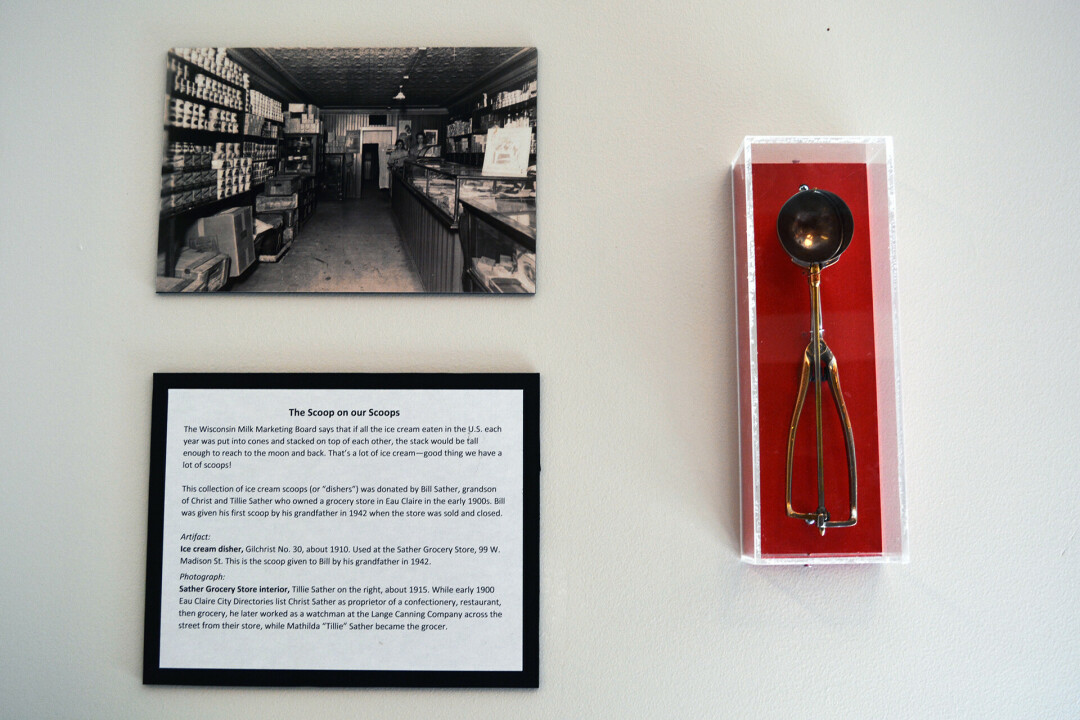 The Chippewa Valley Museum will begin its summer hours on Tuesday, June 1: Tuesdays 5-8pm, Wednesdays through Sundays 12-5pm. Admission to view exhibits is $10 for adults, $5 for youth and college students with an ID, $8 for seniors 62+, and free for those 5 and under. Admission includes access to view the Anderson Log House and Sunnyview Schoolhouse throughout the summer. The museum will also waive admission fees on the second Tuesday of the month for Eau Claire County residents. Admission is free for members. More information can be found at cvmuseum.com.