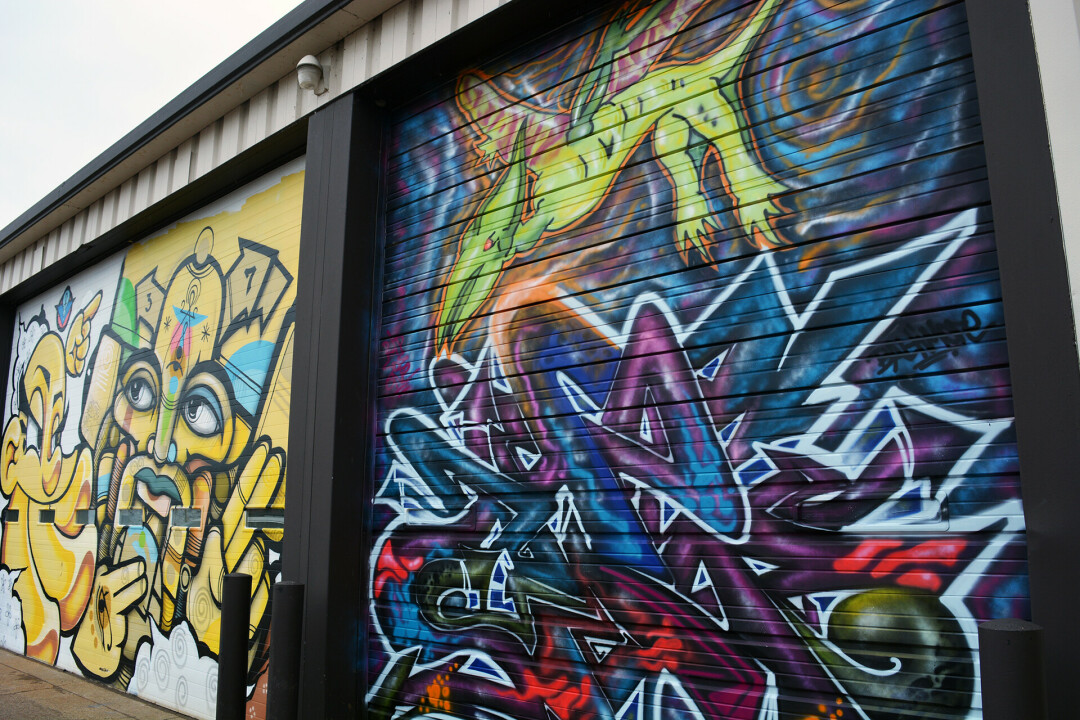 ANOTHER DINOSAUR? You might think Artisan Forge Studios has a thing with dinosaurs, but in the next few months, you might see more than just dinosaurs – you may get a peek at lots of new graffiti artwork.

If you blinked, you may have missed a new mural that went up seemingly overnight recently on one of Artisan Forge Studios’ garage doors. And – once you see it – you might wonder: “Is that another dinosaur?”

The answer is: yes. Yes it is.

The artist of this magnificent new mural, who goes by “Cherock,” recently passed by Artisan Forge Studios and felt compelled to paint the new mural, which depicts bold blue, purple, and red graffiti-style artwork, with a pterodactyl soaring overhead.

“The mural I painted was just a random idea I had,” the Minneapolis native said. “I always try and push myself to do something different every time I paint because, after 28 years, I have to find new ideas to stay motivated to be creative.”

The artist, who pursues art out of pure passion, is largely inspired by skateboarding and hip-hop culture of the late ’80s and early ’90s.

“Riding in metro trains around Washington D.C. as a teenager, I would see graffiti all over the metro lines and the city streets,” said the artist, who currently works in green energy. “That was my biggest inspiration as a kid. … There is a saying: Read the writing on the walls. If you want to know what’s going on in any major city in America, the graffiti in those cities will let you know.”

According to Greg Johnson, owner of Artisan Forge Studios, more graffiti-style artwork is on the way, so be sure to keep an eye out at artisanforgestudios.com. 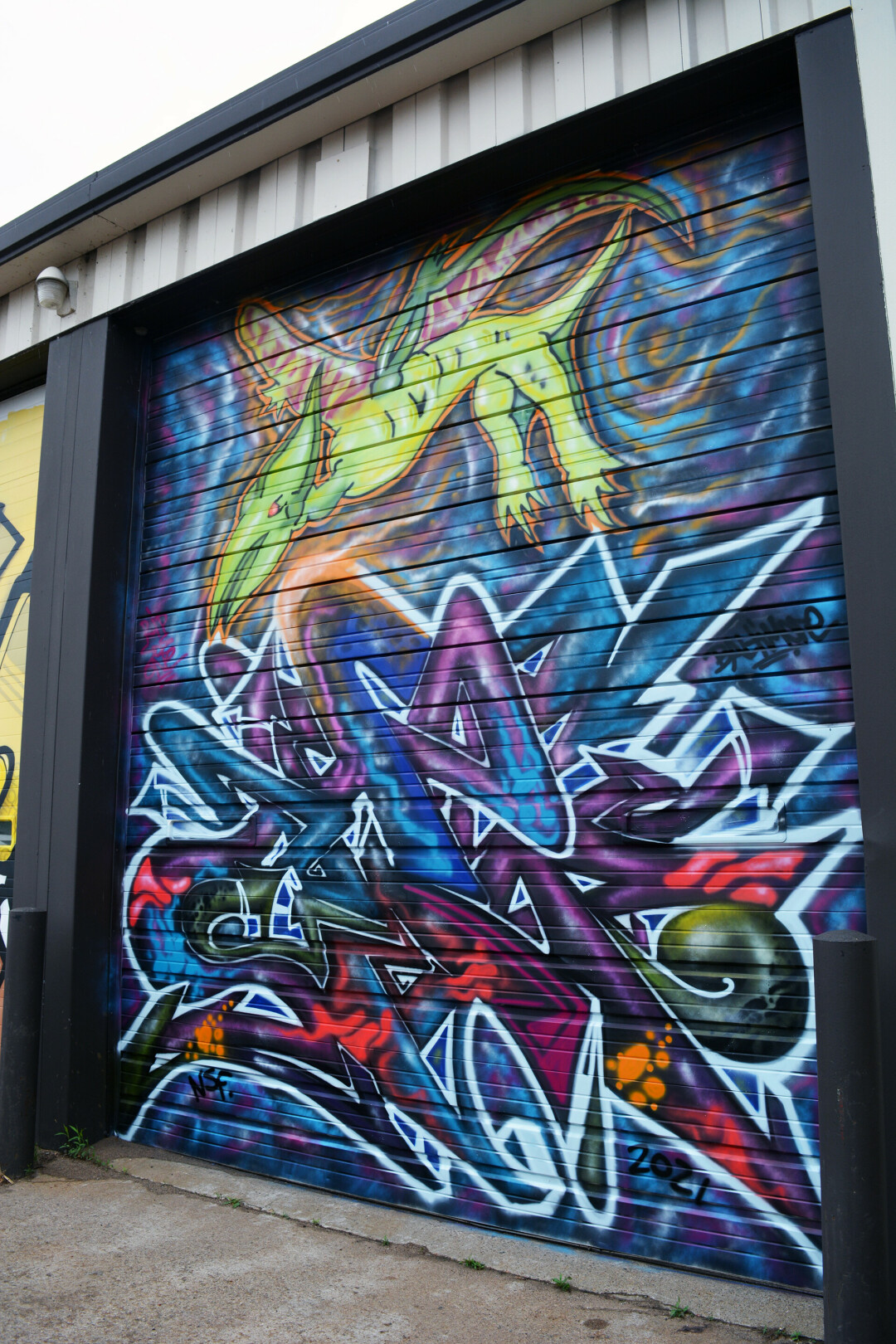