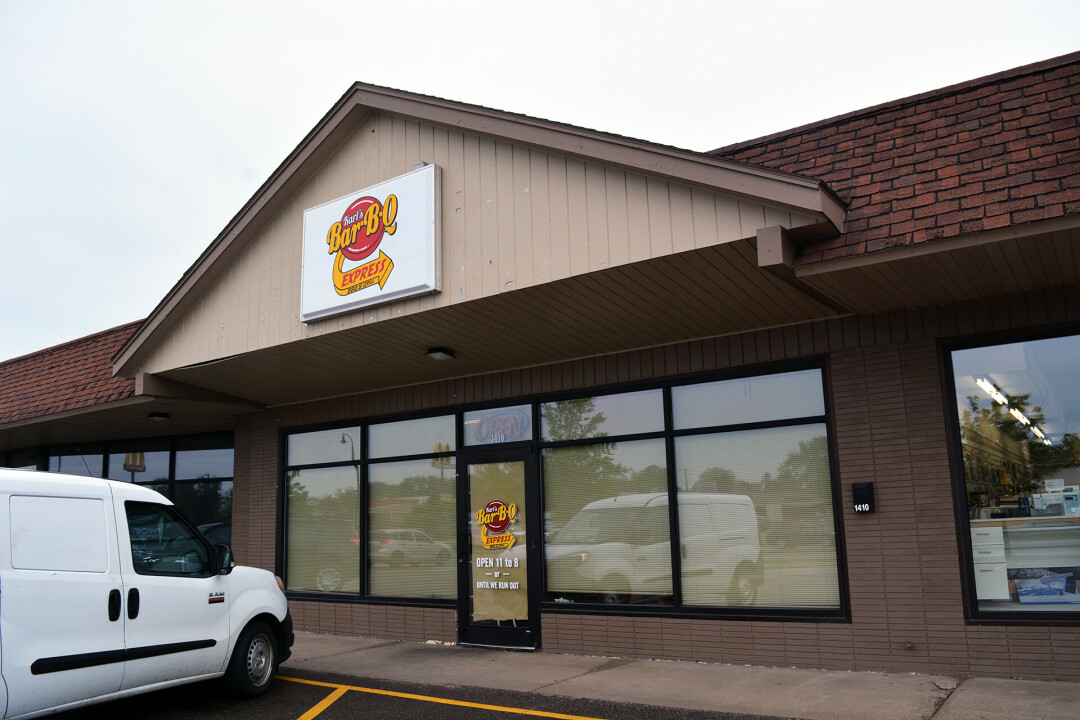 SMOKIN' GOOD EATS OUT OF A FIREY YEAR. Despite a tumultuous past year for restaurant businesses in the Chippewa Valley, Karl's Bar-B-Q in Chippewa Falls is expanding to a new Eau Claire location, hopefully by mid-June. (Photo by Rebecca Mennecke)

Disaster compels creativity and innovation – and that’s precisely what sparked the creation of Karl’s Bar-B-Q Express in Eau Claire, which was founded in 2001 by Eau Claire native Karl Hartkemeyer after his restaurant  – one of the Embers locations – was destroyed by a fire.

After a seemingly insurmountable past year, Karl’s Bar-B-Q Express looks to expand to Eau Claire with a new location at 1410 S. Hastings Way, offering the perfect location for a delicious pick-me-up meal by as soon as mid-June.

Hartkemeyer secured the new location (formerly Muang Ja Catering & Restaurant, Lynn’s Chatterbox Cafe, and Chicken Unlimited) in January. In the four months since receiving the keys, Hartkemeyer has rolled up his sleeves and gotten his hands dirty, ripping out old and decrepit parts of the former restaurant and renovating it to create something completely new. Currently, the location smells of sawdust and the metallic tang of construction. Of growth.

If the last year has taught us anything, it's that we can be gone tomorrow. Do what you love; do it the best that you can.

Out of the ashes, it seems, a phoenix rises.

“If the last year has taught us anything,” Hartkemeyer said, “it’s that we can be gone tomorrow. Do what you love; do it the best that you can.” 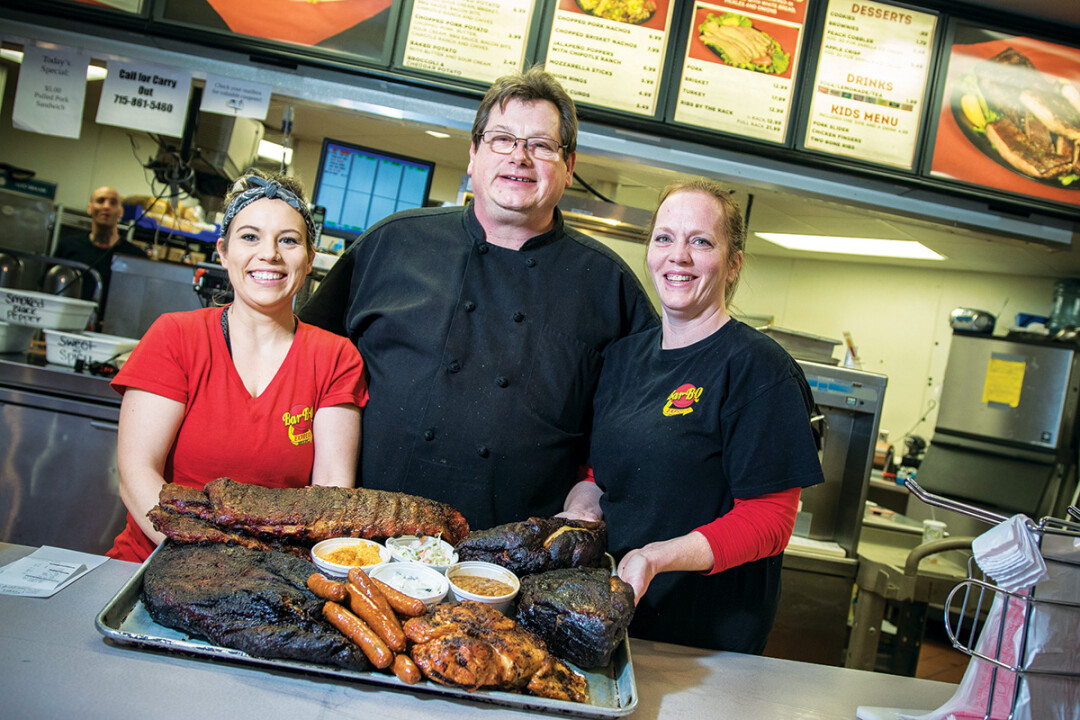 Though expanding amid still turbulent times is a bit daunting for the father of four, he’s confident in his delectable pulled-pork sandwiches, briskets, overstuffed potatoes, and to-die-for apple pie. He’s especially confident in his regular customers, who have stuck with his restaurant since it was a ghost restaurant operating out of Embers, then a catering business based out of The Eagles Club in Lake Hallie. “I was just a barbecue nut,” he said, then added, “I never in a million years would have chosen to expand in the middle of this COVID stuff, (but) we’ve got a fairly strong business and a very strong catering business. We’ve got a good name in the area. So I mean, moving ahead, I don’t think was a bad thing. It was just the timing. But if we had waited another four months, this place might not have been available.”

And it may just be the perfect location, right by a number of other eateries. “You can see people, they drive up and down Hastings deciding where they’re going to eat, sometimes, so this adds another opportunity,” he said. 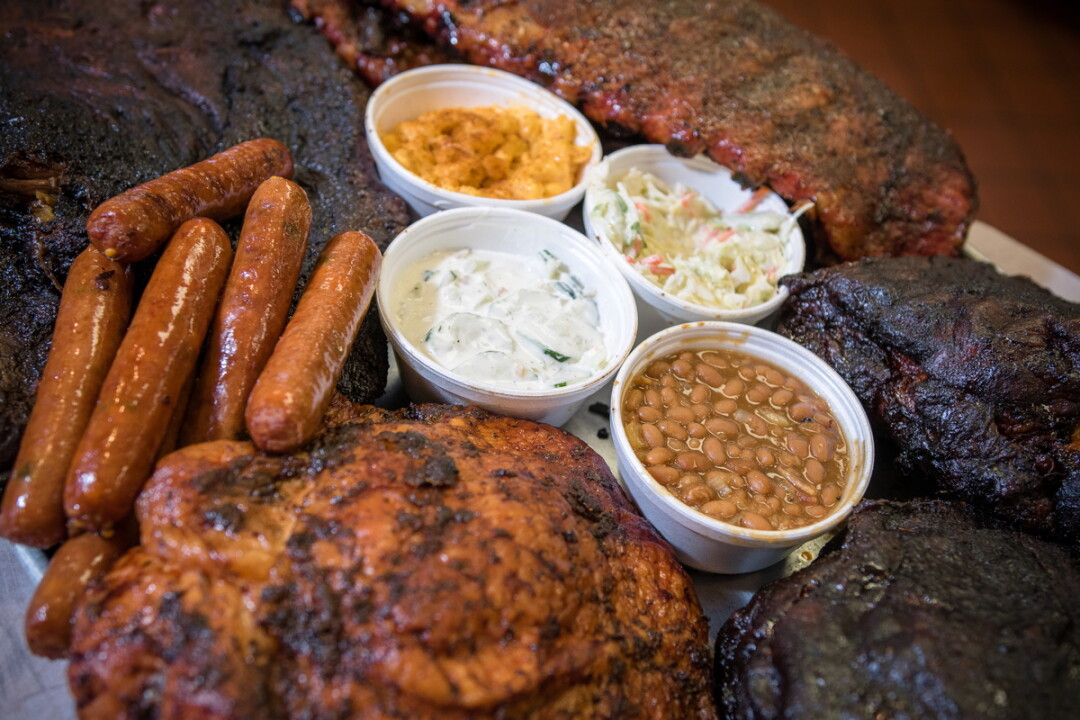 The Eau Claire location will be almost identical to its sister restaurant at 1456 Kennedy Road in Chippewa Falls, only it will offer different daily specials that have the potential to be more unique. It’s also a smaller location, offering less dining space – but it’s ideal for a futuristic, forward-thinking restaurant, Hartkemeyer said, as Karl’s Bar-B-Q Express will focus on take-out and delivery options, utilizing local delivery services to send good eats right to your door.

“Barbecue is typically a take-home-and-eat kind of meal anyways,” he said. 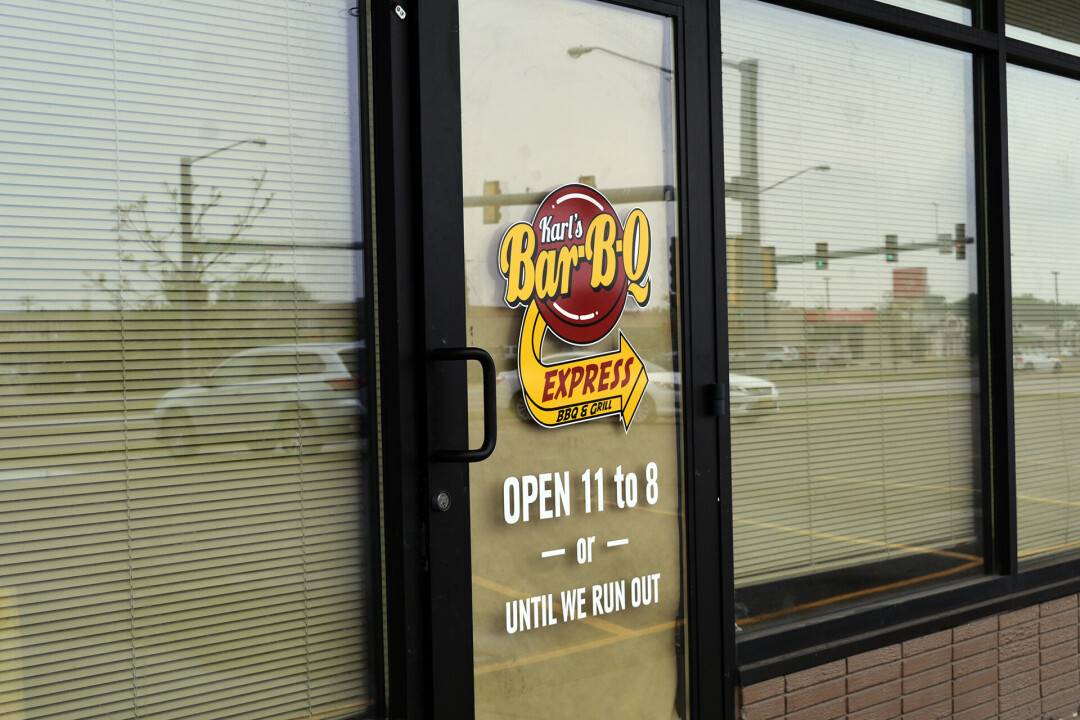 For more information on Karl’s Bar-B-Q Express, check out karlsbbqexpresschippewa.com or visit their Facebook page at facebook.com/KarlsBarBQ.