while geocaching in Arkansas, Ethen and Paige Schoen spotted a once-in-a-lifetime find What if you took a road trip, only to spontaneously stumble across the prize of a national scavenger hunt, worth a whopping $10,000?

The sibling duo – Fall Creek natives-turned-Altoona residents – planned a trip to Arkansas in January to enjoy a break away from their school-centric lives, as Ethen Schoen acts as head custodian at Menomonie High School and Paige Schoen studies at UW-Eau Claire. On the last day of their trip, as a way to enjoy the sunshine and warm weather of the south – as well as hit up popular geocaching hotspots – the pair visited Tanyard Creek Nature Trail in Bella Vista, Arkansas. While searching for a letterbox cache – a type of geocache without specific coordinates – they spotted what you might call a “national treasure.” “We were looking in that general vicinity, and we found all the clues, and it all made sense,” Ethen Schoen said. “There it was, tucked in a rock crevice, covered by some leaves: a box – like a little Tupperware box almost – with a blue lid. And I opened it, and in it was a medallion.”

I'm not scared of taking a random trip, obviously. ... I enjoy seeing things

The medallion was a part of the National Treasure Quest’s national treasure hunt, which has captured the attention of hundreds of thousands of active searchers since its launch in early January.

The Austin, Texas-based hunt includes hidden treasure in seven states: Texas, New Mexico, Oklahoma, Kansas, Missouri, Arkansas, and Louisiana. After a treasure is discovered, the finder receives up to $10,000.

“I didn’t really know what it was at first,” Schoen said of the gold medallion. “So I actually thought about leaving it.” 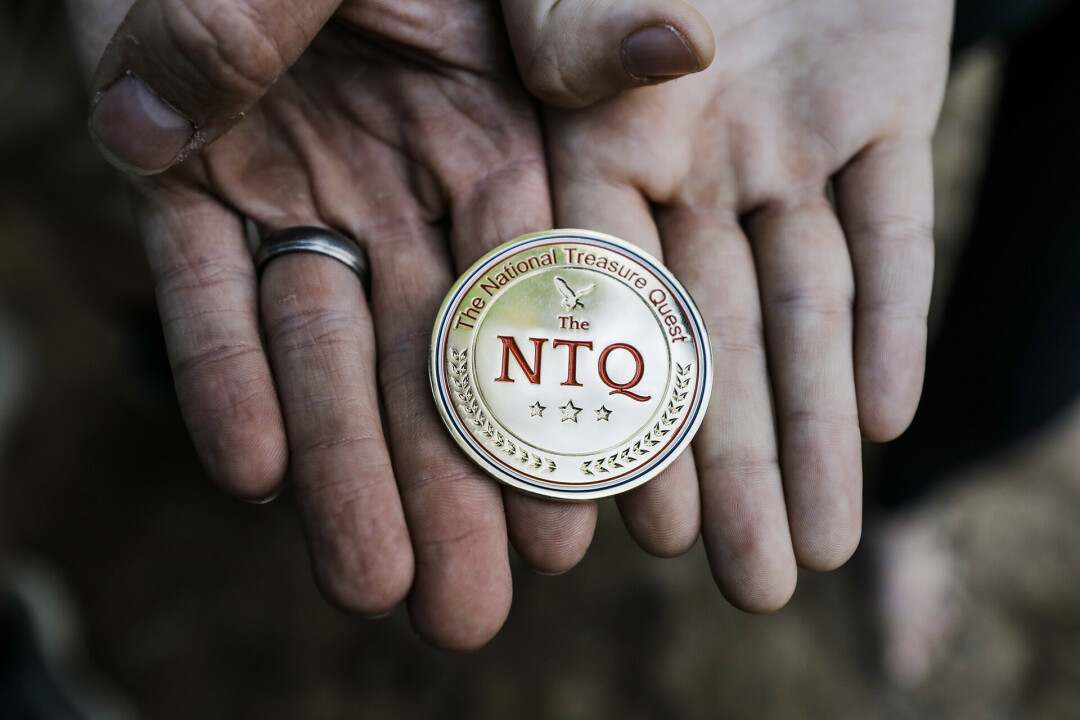 When driving back through Missouri, Paige Schoen looked up the medallion they found, only to discover the reward. As the treasure hunt requires registering before searching (and thus, finding), the Schoens made the tough decision to be honest, give back the medallion, and forego the reward for another lucky winner.

“It’s more about the hunt and the experience than actually finding it,” Schoen said.

Touched by the duo’s honesty, the NTQ offered to pay a generous $3,500 for the duo to come out and shoot a promotional video, recreating their day and their lucky find – which Schoen says they discovered the day it was activated. (That means the NTQ hid the treasure the same day it was found.)

Earlier this April, the duo took the treasure hunt organizers up on the offer, giving back the medallion and sharing their experience finding it.

This isn’t the first time Ethen Schoen has found unique treasures. As an avid geocacher for over a decade, Schoen has found no shortage of cool caches, including an iconic Doctor Who-inspired cache located in Milwaukee (which is a life-size TARDIS that you can enter), as well as a small box chained to the bottom of the Black River. (You guessed it: Schoen had to don a snorkel and goggles to find the cache.) “I just love being outside, I just love exploring,” he said. “I’m not scared of taking a random trip, obviously. … I enjoy seeing things that you probably otherwise wouldn’t see.” 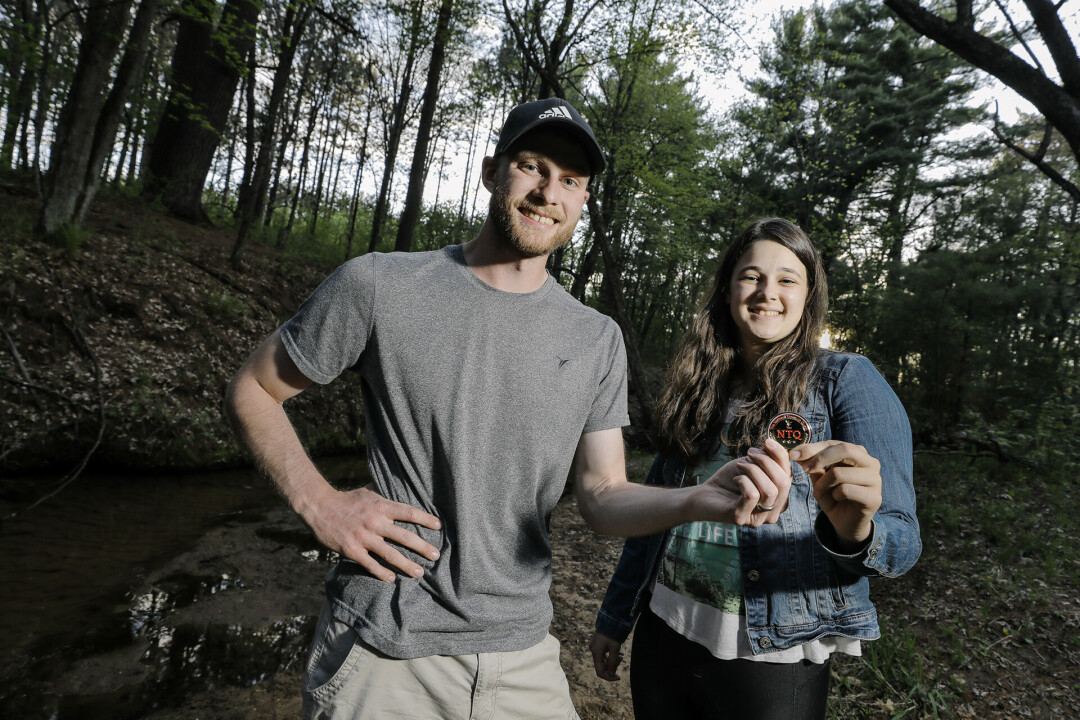 The found medallion will be rehidden sometime this year. The remaining six medallions are still hidden.

Will the Schoens aim for a second lucky strike, you may ask? “If I find myself around there, in some of the other places, maybe,” Schoen said.

For more information on the national treasure hunt, check out thentq.com.