A new position at the Eau Claire Police Department aims to tackle complex issues in the community – including mental health, substance abuse, and homelessness – head first.

The police department closed their application period recently for Co-Response Coordinator, a newly created position that will “engage in crisis intervention, refer those experiencing mental health issues, substance abuse, homelessness, and traumatic events to the appropriate resources and/or agency, train department personnel on topics and available resources and more,” according to the job listing, which was posted in early April.

It's a very big undertaking; it's not without risk. But I feel very strongly that it's the right thing to do.

According to Police Chief Matt Rokus, the new position isn’t intended to show that sworn officers are unqualified or inept at responding to crisis calls. “It’s a result of the volume,” he said, “and how do we best address those kinds of needs, and it’s with working with others.”

“We’re excited about it,” he added. “It’s a very big undertaking; it’s not without risk. But I feel very strongly that it’s the right thing to do.” 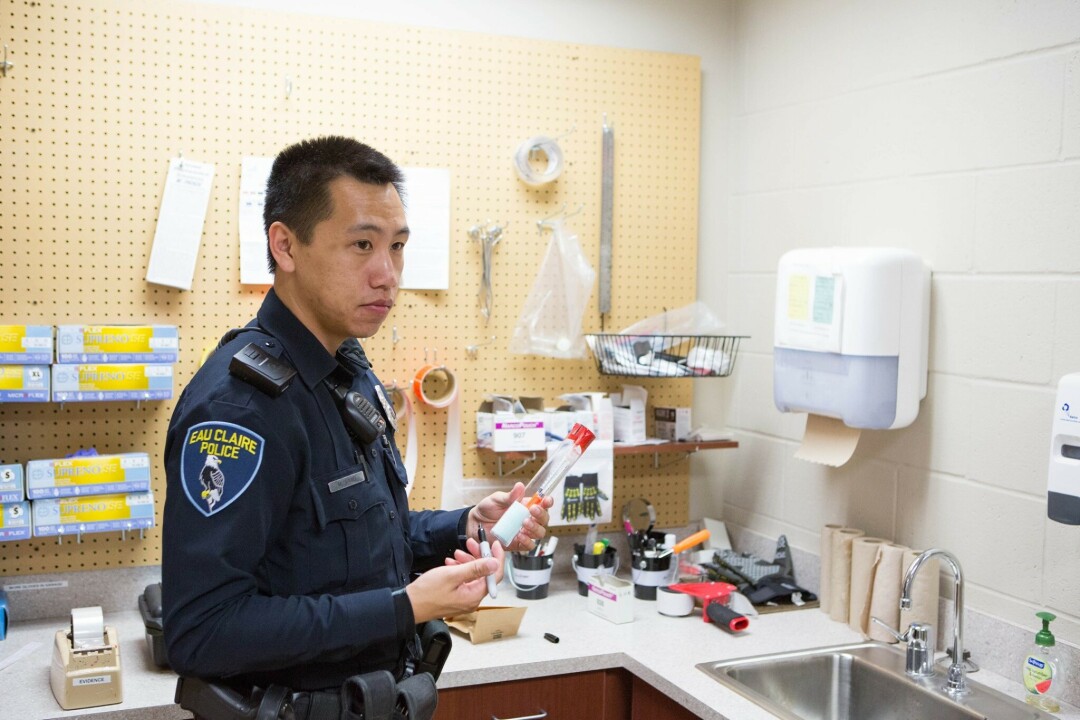 According to crime analyst data from the department, there have been more than 4,750 incidents involving mental health challenges in the past four years. That’s the equivalent to about 103 calls a month – or four hours a day spent responding to mental health crises.

According to Hope Gospel Mission, about 3,000 people experience homelessness throughout western Wisconsin each year, with about 49% being children. In 2018, there were 824 drug arrests per 100,000 people in the city of Eau Claire – almost twice the number of average state arrests, according to Eau Claire County data.

ECPD currently has 99 sworn officers with 60 officers and 12 supervisors in the Patrol Division, according to Rokus, which is one of the lowest officer-to-population ratios in the state – with between six to 12 officers on duty at any one given time.

The number of sworn officers in the Eau Claire Police Department's Patrol Division, one of the lowest officer-to-population ratios in the state

The number of incidents reported to ECPD involving mental health challenges in the past four years.

The number of people who experience homelessness throughout western Wisconsin each year.

“While our officers do a great job, we’re not equipped to deal with these situations alone,” Rokus said. “This position will help create a bridge to services in our community, develop better alternative responses, and hopefully reduce the number of these types of calls. …Often times, we respond to symptoms of broader social issues like addiction, mental health, and homelessness. The needs in these areas are increasing. We need to work in partnership with others to address the underlying issues to improve the lives of people experiencing these challenges and the symptoms that affect us all.” 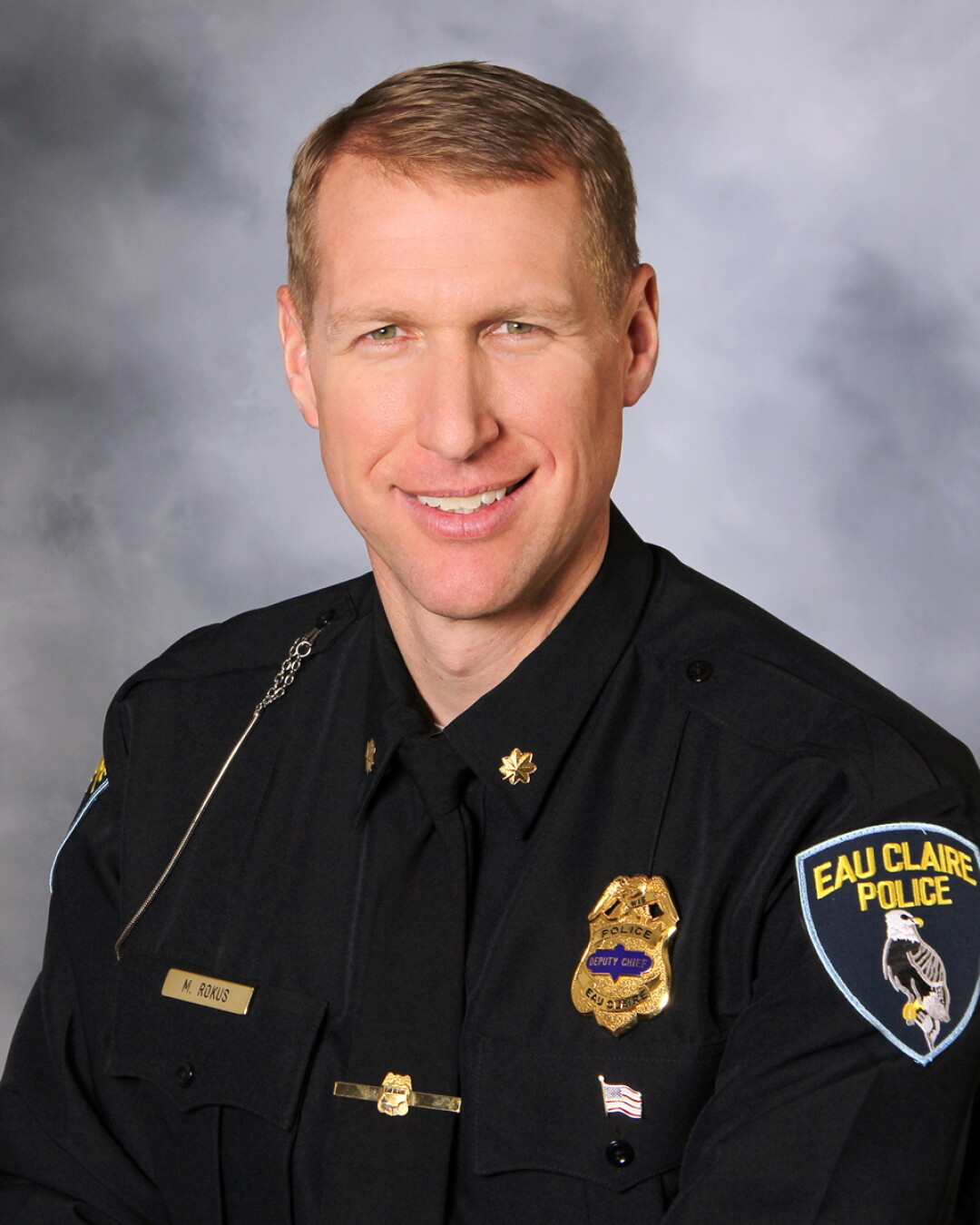 Matt Rokus, who became Police Chief for the City of Eau Claire's police department at the end of 2019 after serving as deputy chief since 2014.

"While our officers do a great job, we're not equipped to deal with these situations alone. ... The needs in these areas are increasing. We need to work in partnership with others to address the underlying issues to improve the lives of people experiencing these challenges."

This is not the first effort by ECPD to incorporate increased attention and training on community issues, Rokus said. Every sworn officer on the force undergoes evidence-based crisis intervention training as a part of their role. Last year, the department implemented ICAT, a research-proven de-escalation technique that intertwines mental health training and police tactics. 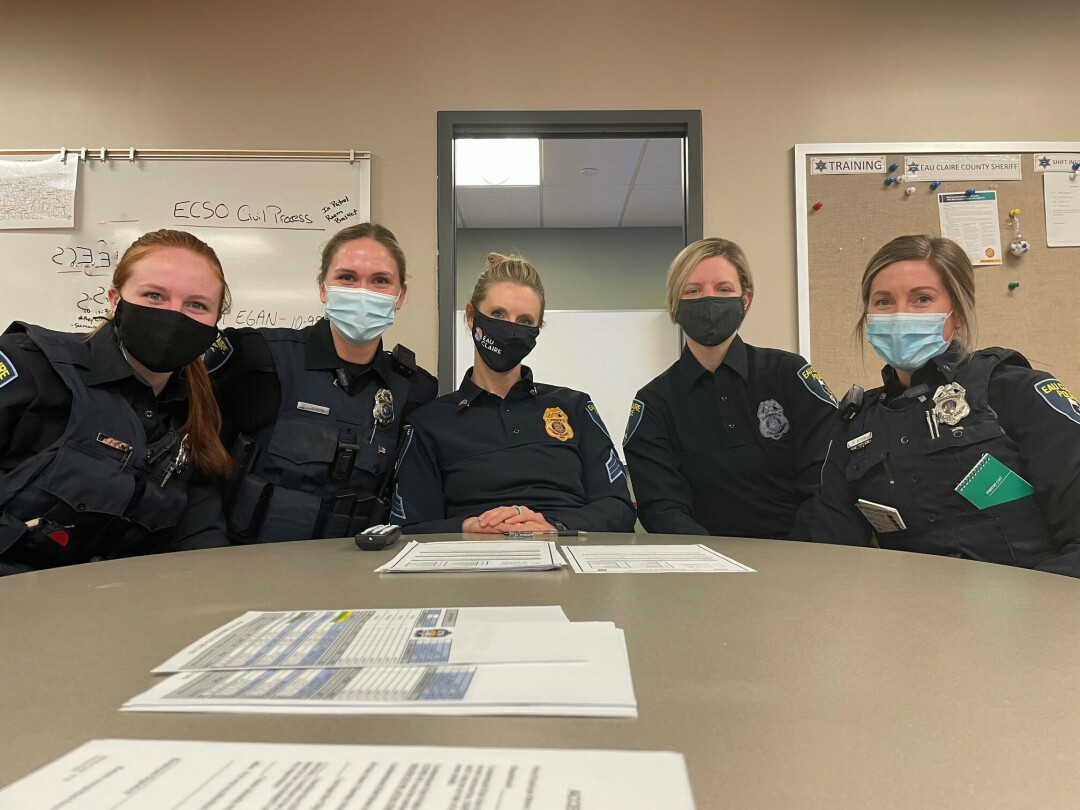 The ECPD's first all-female patrol shift in its history, which happened in early January.

The ideal candidate for the new position has a master’s degree in social work or behavioral science, with at least two years of experience offering service to at-risk, marginalized populations. More so, the department seeks someone who is professional, possesses integrity, someone who affords human dignity to all, a team worker, and someone with strong, active listening and interpersonal skills.

But, the new position is still being defined, Rokus said, with the goal of receiving input from community partners who will work with the co-response coordinator to connect those in need to critical resources. In fact, the department has hired an external consultant from Colorado to help identify and define community needs to best fit the position to the Eau Claire community.

“This is a new concept to our region,” Rokus said, “and I’d even say it’s new to the state of Wisconsin, but it’s not new to policing.”

In 2019, the L.E. Phillips Memorial Public Library hired UW-Eau Claire alumna Libby Richter to the role of Community Resources Specialist, making the Eau Claire library one of only 40-some public libraries in the country with a certified social worker on staff. 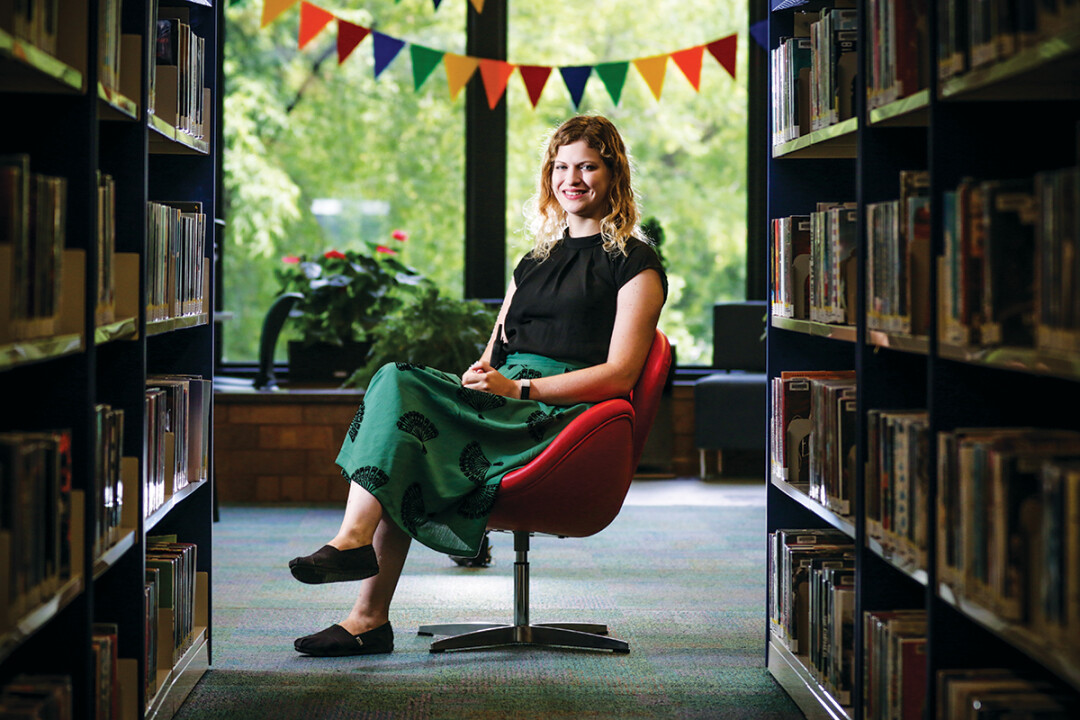 Libby Richter, the Community Resources Specialist at the L.E. Phillips Memorial Public Library, who was hired in 2019 to provide community resources to individuals struggling with mental health, domestic violence, homelessness, and more. (Photo by Andrea Paulseth)

Rokus estimates this position should be filled by mid-summer.