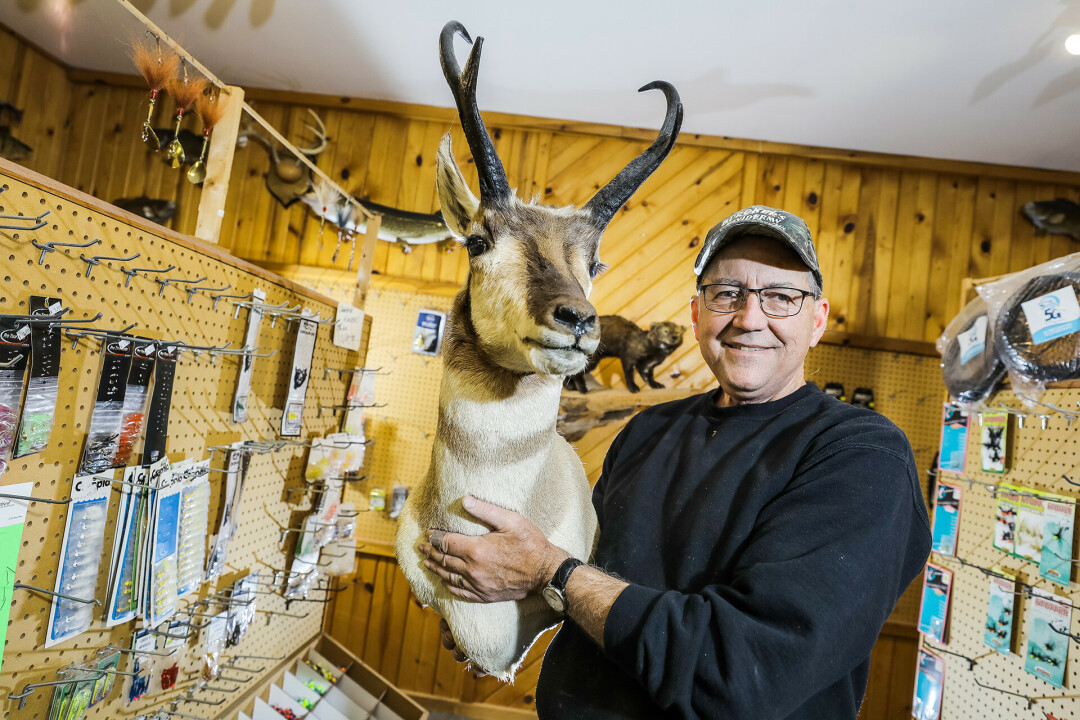 SCALING BACK. After 44 years in the hunting and fishing business, Mike Buroker of Buroker’s Taxidermy, Bait, and Tackle looks forward to a tranquil retirement, working at his own pace.

When Mike Buroker moved to Eau Claire in 1977 at the ripe age of 21, he had his entire future ahead of him. “I had a chance in life to go anywhere, and I chose Eau Claire,” he said. “The first time I came up here, I just thought: this is awesome. … The people up here are wonderful.”

Packed with his belongings in a small U-Haul, the Janesville native rented a shop on South Barstow Street, fashioned temporary living quarters in the back room, and walked to the YMCA to shower and brush his teeth, throwing himself wholeheartedly into a field he had loved since childhood: taxidermy, bait, and tackle.

When you're in the middle of it, you don't think about it. (Customers) are building memories, and I'm just trying to do my job.

But it meant something to them, and that's really special... I'll miss the people, there's no doubt about it.

While working hard to launch his business – Buroker’s Taxidermy, Bait, and Tackle – he took side-gig jobs selling cars, tending bars, and stocking grocery shop shelves at Randall’s: “Whatever I could find,” the lifelong Wisconsinite said. “I’ve never been afraid of working.”

And the hard work has paid off.

After 44 years in business, and 36 years at his Birch Street location, Buroker is ready to pursue partial retirement and carry on the rest of his taxidermy work from home. “I’ve met so many great fishermen and sportsmen over the years,” Buroker wrote in an April 15 Facebook post announcing the closing of the shop on May 8. “Many are gone now, and I’ve watched many kids grow up and teach their own children about fishing. Fishing just keeps going on.” 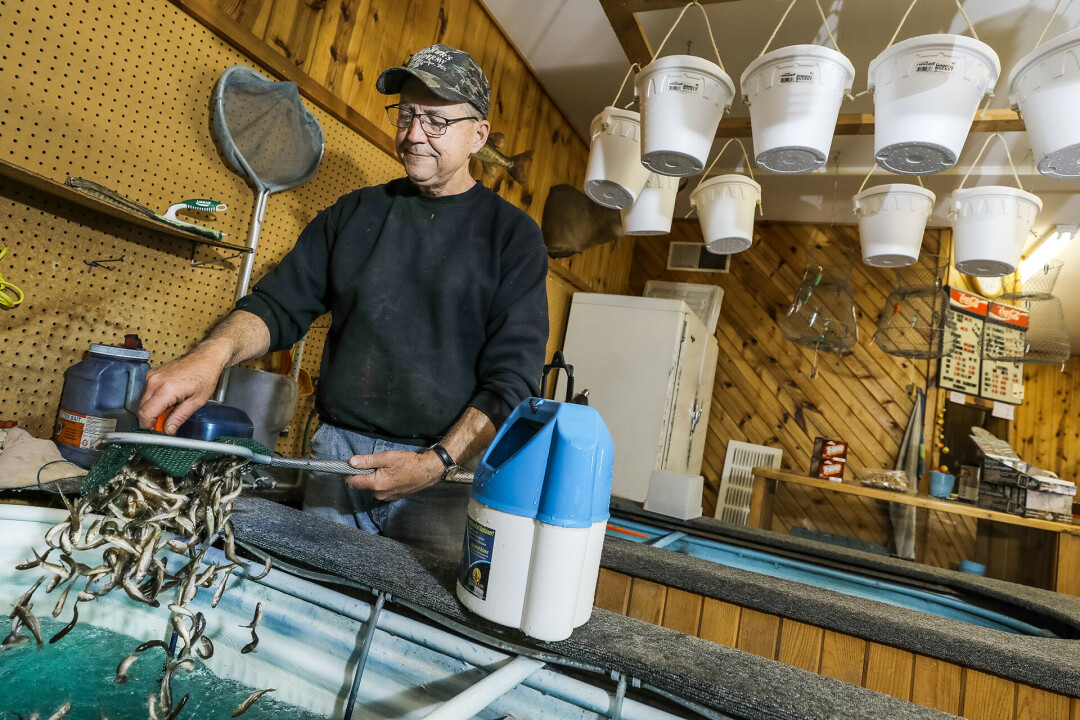 The reaction, unsurprisingly, was “overwhelming,” he said. “In this last year, it’s when people really start to realize, ‘He’s not going to be there forever,’ ” Buroker said. “That’s when you really start getting these comments, these feelings. … It’s overwhelming. It’s extraordinarily humbling.”

“When you’re in the middle of it, you don’t think about it,” he added. “(Customers are) building memories, and I’m just trying to do my job. But it meant something to them, and that’s really special. … I’ll miss the people, there’s no doubt about it.”

Since opening his business in the ’70s, Buroker has seen the pace of life change radically, from folks spending Saturdays on Half Moon Lake, gently lulling the day by, to a fast-paced world with decreased focus on family outings and more time spent on team outings and enjoying the peaceful tranquility of lonesomeness. 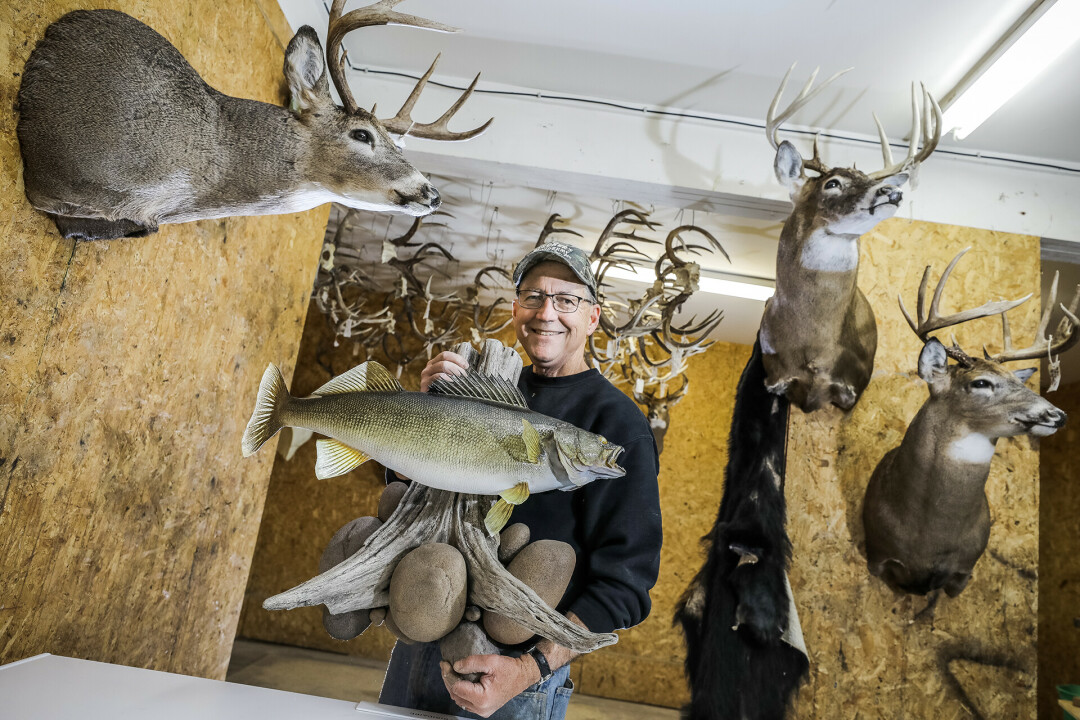 But despite the changing world, one thing hasn’t altered a bit: a local love of fishing and taxidermy. While most entrepreneurs work 40 hour work weeks, Buroker considers that workload a vacation – even more so amid the pandemic, when the desire to be outdoors ramped up demand for fishing goods, with the Wisconsin Department of Natural Resources reporting hundreds more fishing license sales this year when compared to last year.

Buroker said this year he has had double the amount of deer heads to work on, as compared to last year. “I’ve never been busier,” he admitted. But more demand, of course, means more people, which means more relationships, and Buroker estimates he knows hundreds of community members simply by them coming through his doors – but not always to buy something. Sometimes, people stop in just to chat.

“The relationships are more about how you treat people than what you’re trying to sell,” he said. “You’ve got to treat people fairly. I’ve got to go home and sleep at night. The last thing I want to do is not treat someone fairly and honestly. … I have to know I did my best each day.”

After the shop closed on May 8, Buroker will continue his work from home at a much slower pace. He looks forward to having more options on how to spend his time, like taking his camper up for a weekend camping, going fishing, or spending time with his wife. 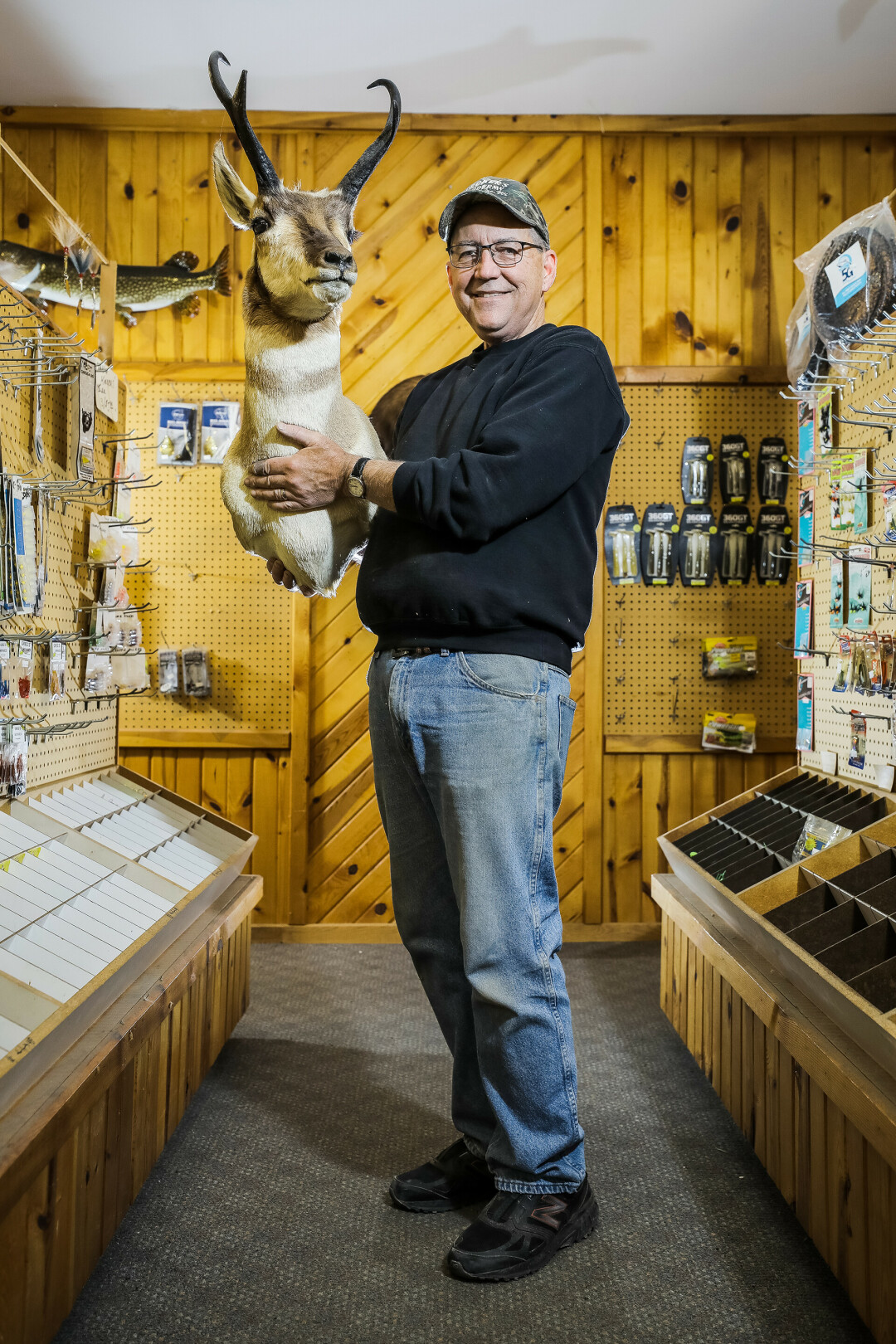