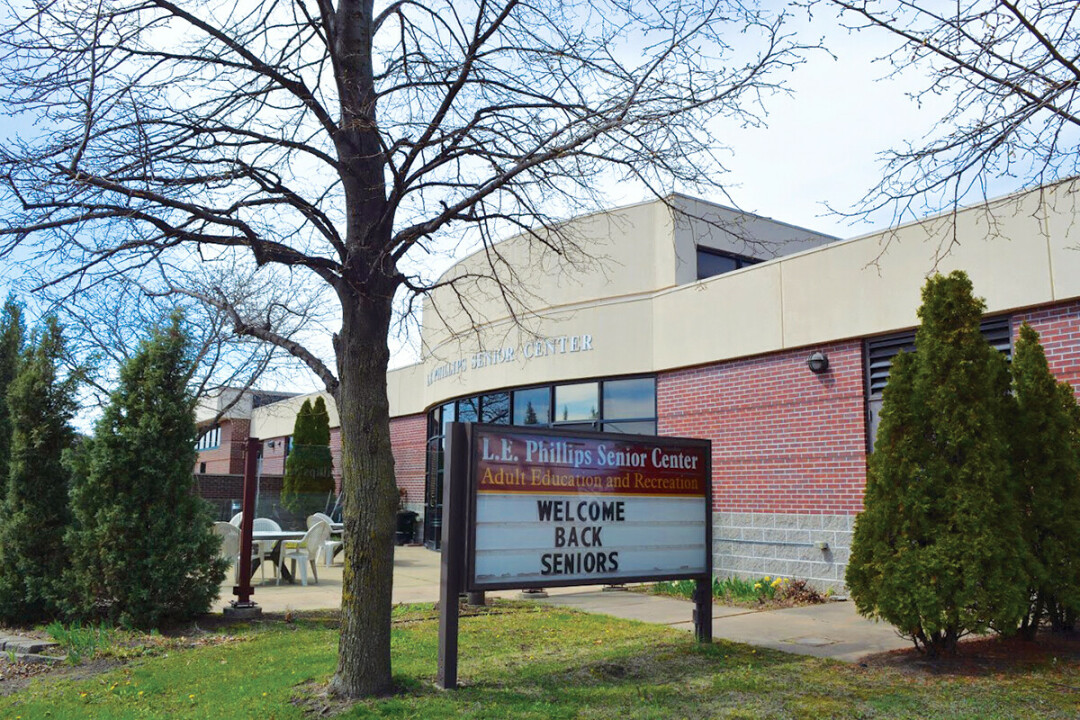 THEY'RE BACK! The L.E. Phillips Senior Center in Eau Claire recently reopened after an addition and remodeling.

A $3 million expansion of the L.E. Phillips Senior Center – which included the addition of 4,000 square feet, including a new fitness gym and several multipurpose rooms – has finally reached completion, with the exception of the parking lot and a few other minor finishing touches.

“Everybody’s excited,” said Mary Pica Anderson, executive director of the center, 1616 Bellinger St. “It’s the opportunity to be back together with everybody.”

The most notable part of the project – which opened April 12 – is a new fitness room, geared toward the needs of the actively aging population, including accessible elements such as an easy entrance, no seat adjustments, and resistance that is easy to change on equipment.

The senior center also has an increased focus on developing a balance area, aimed to improve leg muscles to hopefully curb the incidence of falls, which are the leading cause of hospitalization and death for those who use senior center resources, Anderson shared.

Everybody’s excited. It’s the opportunity to be back together with everybody.

Since the pandemic closed the senior center for the second time in November, senior center organizers have pivoted to Zoom and virtual events to keep a sense of community thriving. “We’re all trying to get creative,” Anderson said.

And going virtual was in alignment with what the senior center has been working toward all along: being a senior center without walls – or being an accessible community resource for those who are homebound.

“If you took the seniors out of your community, you’d probably be shocked by the impact they have on the community,” Anderson said. “The things that they’re doing … affect many other people in the community.”

About 2,000 people participate in senior center activities annually, with many more stopping in for the occasional coffee. “We haven’t had the space to collaborate,” Anderson said. “We have that now.”