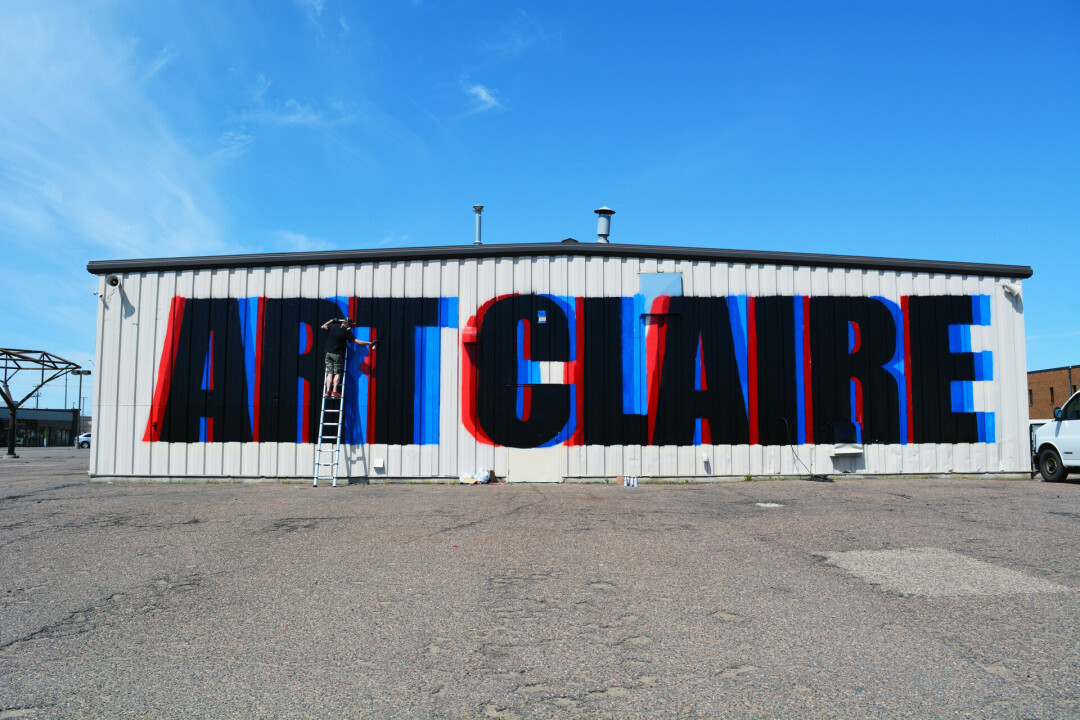 COLOR IN A NEW DIMENSION. Local artist Enamel Hands works on a new mural, which reads "Art Claire," on Friday, April 30.  It's a nod to the bold artistic movement in Eau Claire, and will debut at Artisan Forge Studios' celebration of Creative Economy Month on May 1.

A new mural at Artisan Forge Studios aims to make a bold statement about the artistic community in Eau Claire.

WE have such an artistic community.

For me, it speaks to that: to all the creativity in Eau Claire.

“We have such an artistic community,” said the artist, who goes by the name Enamel Hands. “For me, it speaks to that: to all the creativity in Eau Claire. And Artisan Forge Studios has almost become a hub for art in Eau Claire. … But our city is becoming more and more artistic, so it’s a bold statement for everyone else to open your eyes and see that.”

Enamel Hands began work on the mural Wednesday, laboring day and night – “burning the midnight oil,” as he says – working on the mural. It should reach completion by Saturday, May 1 – just in time for the launch of Creative Economy Month at Artisan Forge Studios, which celebrates the blossoming creative economy movement in Eau Claire. 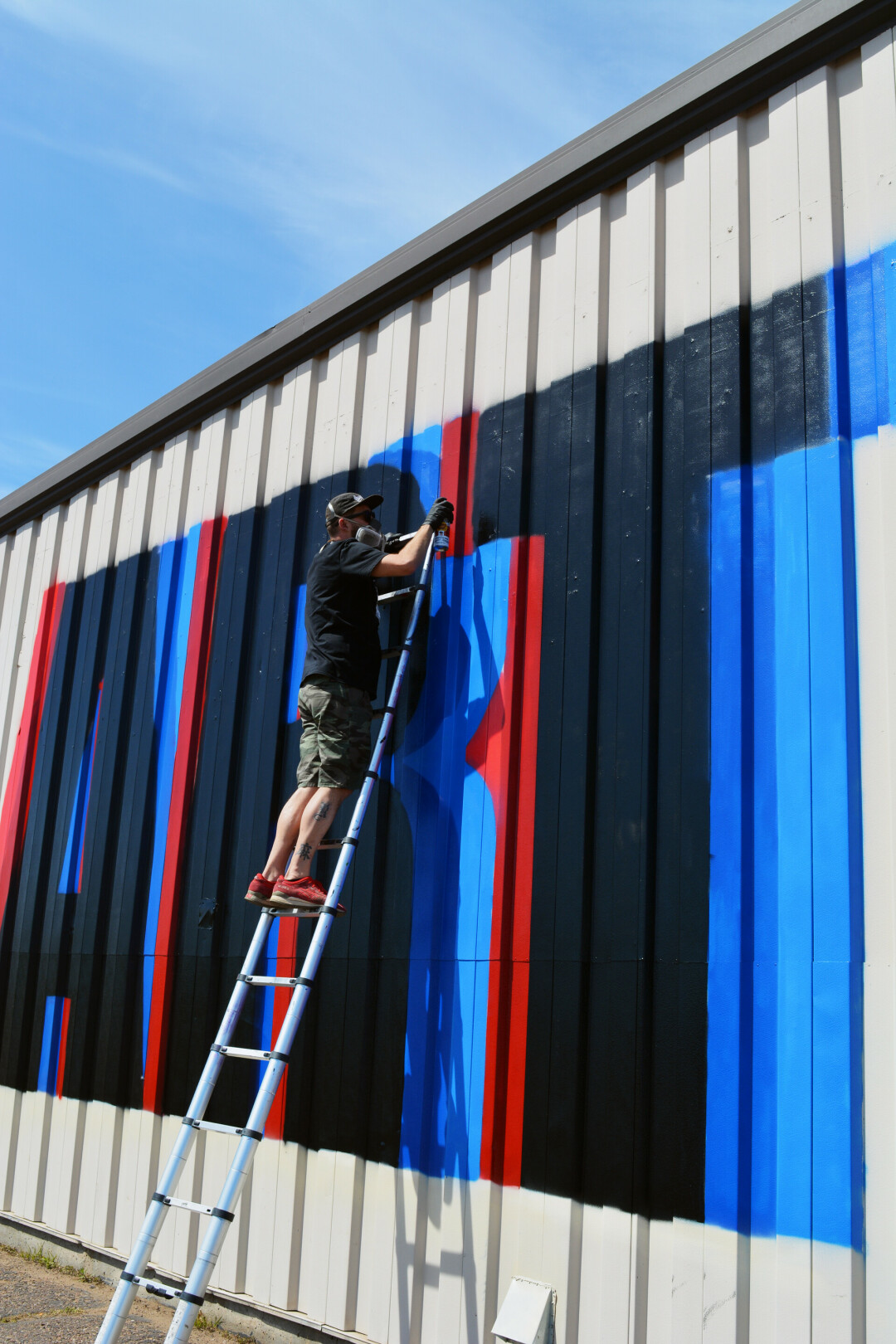 The idea for the mural, however, came about a month ago when Enamel Hands noticed the perfect opportunity for a mural on the back of the studios while driving up Highway 37.

“I’ve always wanted to do a typography-type mural,” he said. “It’s different from what I would normally do.”

He hopes to continue advocating for the proliferation of murals in the Chippewa Valley.  “It’s getting business owners around Eau Claire to just open up,” he said. “There’s artists that won’t even ask for money. We’ll supply our own paint and give you a great mural that draws attention to your business. My hope is that we can get out of the dark ages. … Every neighborhood should have a mural somewhere.”

Check out more of Enamel Hands’ work at his Facebook page and check out Artisan Forge Studios’ website for more details on exciting events throughout the month of May celebrating Creative Economy Month and more.