COLUMN: Balancing the Universe, One Dad Joke at a Time

one father learns the power of defusing tricky situations with humor

Every year, my sister gifts me a daily calendar for Christmas. Past themes have included zombies, unusual words, and frightening facts. But the perennial favorite is the “Dad Jokes” calendar. I keep it on my desk at school, and use it to defuse contentious discussions. The days rip past one 5x5 square pun at a time. Like this one: “I was accused of being a plagiarist. Their words, not mine.” In the pin-drop silence that immediately follows my recitation of the day’s pun, students are distracted from their quarreling with each other and unified, once again, in a collective disdain for their teacher.

Thus restoring balance to the universe.

A high school classroom is but one venue where humor can serve as a shield capable of deflecting the arrows of circumstance. No matter the landscape, the trick lies in knowing when the moment is right to wield it. I am not always the most percipient reader of these moments.

In May 2018, my wife, Adrienne, and I, along with our daughter, Simone – who is transgender – traveled to Madison to meet with an endocrinologist and talk about Simone’s desire for puberty blockers. Throughout the car ride down, she did her best to project a cool exterior, but I knew she was anxious. As were her parents. To ease the tension, I flittered through my mental rolodex until stumbling upon a bit of forgotten ephemera from the 1980s. Clearing my throat, I looked at Adrienne, who was driving, and said, “We’re goin’ on this trip to see Simone’s doctor, yeah, and get her some blue blockers, uh!” I pulled my arms across my chest. It was a parody of the rapper who appeared in the ’80s commercial imploring audiences to “get ya some” BluBlocker sunglasses.

“Dad, stop,” Simone said from the backseat. Her irritation intensified. “If you have to explain what the joke means, it isn’t funny.” 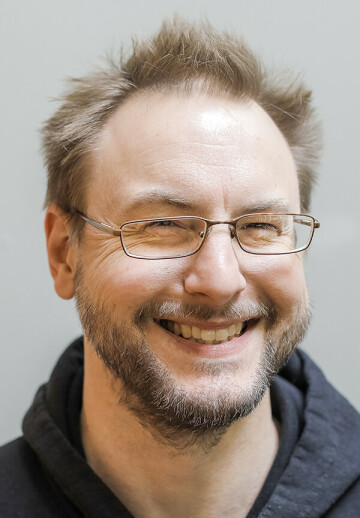 Adrienne stared at me, baffled.

“Don’t you remember that sunglasses commercial from when we were kids?” I said. “BluBlockers?”

“That’s what they are going to put in, Simone,” I explained.

Adrienne asked the next question slowly, as if she was a psychologist worried about her patient’s perception of objective reality. “They’re going to put sunglasses in Simone?”

“No,” I laughed. “Her procedure is going to block,” I put the next words in air quotes, “‘the blue,’” before adding, “as in boys are blue; girls are pink.”

In the ensuing silence, the joke flatlined.

“Here, let me cue up the clip,” I said, reaching for my phone.

“Dad, stop,” Simone said from the backseat. Her irritation intensified. “If you have to explain what the joke means, it isn’t funny.”

More recently, Simone had had an exchange with a bully on the bus. The conversation she relayed to us hardly the height of repartee. Later that evening, she sought solace in her electronic devices – a little screen time to stave off reality. She was sitting in the living room when I walked in to check on her. I probably should have left her alone, but something compelled me to try and break the tension. I said to her, “You’re on that thing so much, I think I’m going to start calling you Si-phone instead of Si-mone.” Definitely not my best work, and exactly the wrong thing to say. She dropped her phone to the floor and curled into a ball in her chair.

“Hey,” I said, bending down closer to her ear  the top of which was peeking out of her hair. “I’m sorry. I was just trying to be funny. I know you had a tough day. Forgive me?” There was no response. “How about a high-five?” Nothing. “A fist-bump?” Still, nothing. “Middle finger?” Movement. She shifted her body so that one eye peered out at me from within a tangle of hair. Like in that Japanese horror movie, Ring, right before the ghost girl kills you. Simone slowly raised her right hand, curled her fingers into a fist, before unfurling her ring finger at me in a crude imitation of the rude gesture. The joke landed. Together, we broke into giggles. Thus, returning balance to our universe.