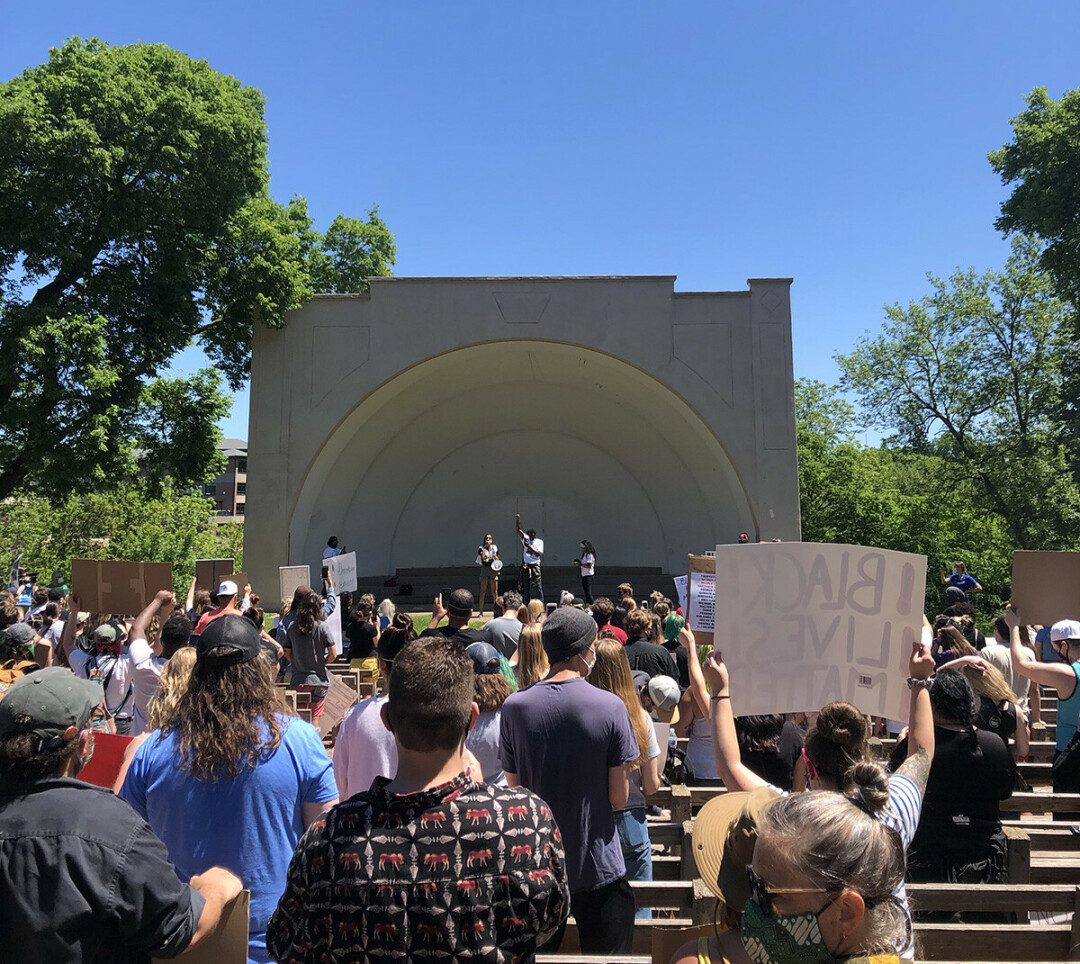 A rally and vigil slated for Eau Claire on Friday, April 2, is aimed at amplifying Asian voices and building solidarity against anti-Asian hate and racism in the Chippewa Valley.

In response to the March 16 shooting in Atlanta, Georgia, that left eight people dead – six of whom were Asian women – UW-Eau Claire students have organized a rally at 4pm on Friday, April 2, at Owen Park in Eau Claire, with a vigil following at 7pm, in an effort to express solidarity with the local Asian American and Pacific Islander community.

“We hope to facilitate conversations on the history of anti-Asian hate, various forms of anti-Asian violence, and experiences,” said Tou Ger Billy Lor, a UWEC student and co-organizer of the rally. “We also hope to amplify the work of organizers in our community.”

The rally isn’t only a response to national anti-Asian sentiments; it’s meant to address many of those same opinions in our community, organizers say. In the past year, a study from the California State University Center for the Study of Hate and Extremism illustrates that hate crimes against Asian Americans has increased by nearly 150% in the past year.

We hope to facilitate conversations on the history of anti-Asian hate, various forms of anti-Asian violence, and experiences. We also hope to amplify the work of organizers in our community.

“We are not only heartbroken, but we are also incredibly alarmed at this escalation of violent acts targeting Asian American/Pacific Islanders (AAPI),” the Eau Claire Area Hmong Mutual Assistance Association said in a statement following the Atlanta killings. “The Eau Claire Hmong Association unequivocally condemns this racist act of violence against Asian American women and stands with all Asian Americans against the threats of racism, xenophobia, misogyny, sexism, gender-based violence, and the fetishization of Asian women.”

The group’s statement added, “This violent act targeting Asian women was the predictable culmination of the alarming rise in hate crimes against people of Asian descent since the COVID-19 pandemic began.”

And Friday’s (family-friendly!) rally seeks to continue those efforts, with a series of speakers slated to discuss various topics related to anti-Asian hate crimes. “The goal of this event is to amplify Asian voices, (and) build solidarity against anti-Asian hate and racism,” Lor said.

The vigil that will follow is intended to offer healing within the community and to honor individuals taken by anti-Asian violence. Donations will be accepted to cover the costs of flowers and candles.
For more information about the rally and vigil, visit the Facebook event here.

To see what local AAPI-led organizations are doing to amplify Asian voices and build solidarity with the local AAPI community, check out these local organizations: