Sven Johnson is studying communication. On the side, he is a comedian/musician/social media extraordinaire. 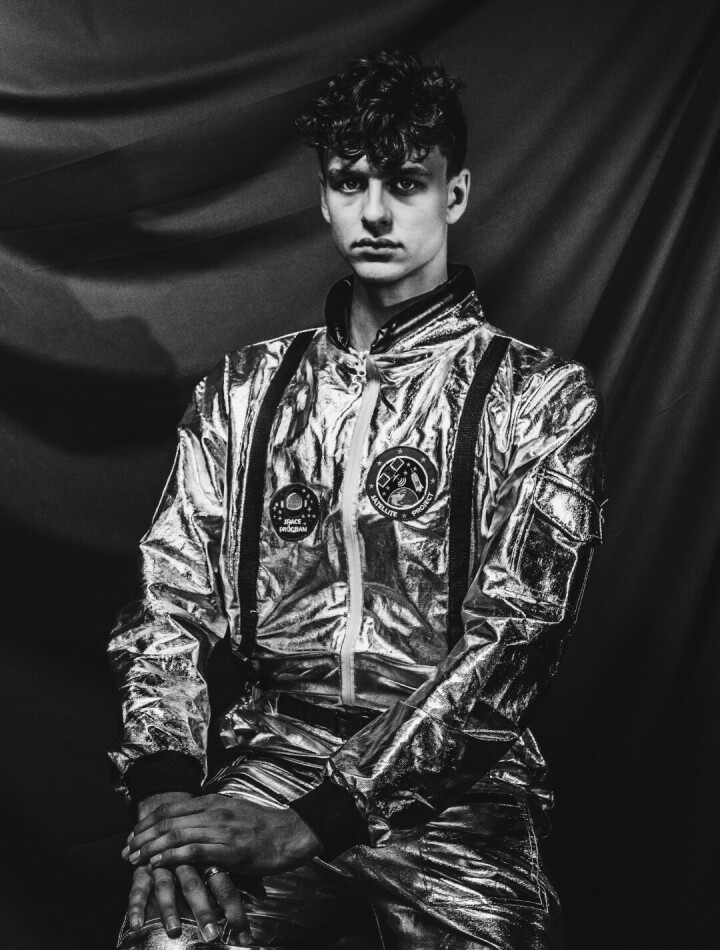 Sven Johnson is a little bit random. And his YouTube videos are, too.

Initially, the UW-Eau Claire student’s shorter 30-second Vine-like videos were a hit – both on YouTube and Reddit – where he initially posted his videos on the subreddit r/youtubehaiku. Now, he’s branched out to do longer comedic bits, as well as sketches, commentary, and songs.

With some videos capturing more than four million views, and with half a million subscribers, his randomness totally works.

Whenever I think of something that makes me laugh or think of a melody, i immediately write it down.

“I’m always kind of daydreaming in my head, as I have a hard time paying attention,” Johnson said, “and whenever I think of something that makes me laugh or think of a melody, I immediately write it down or record it in my phone.”

He began making videos in 2017, inspired by his older brother Gus, who had a YouTube channel. “One day, we were on vacation in California and he just gave me the idea for my first video and said something along the lines of, ‘Alright, I’m going to film this, and you’re going to upload it to YouTube, OK?’ ” he said. “And I reluctantly agreed. But I’m very glad I did because now it is my job, and I love having this creative outlet.”

VIDEOS THAT ARE OUT OF THIS WORLD. Sven Johnson, a UWEC student and YouTuber, has amassed over half a million subscribers on YouTube, where he posts short comedic bits and music.

Filming his videos, he said, can sometimes come with a fair share of public humiliation. One video, called “slippery soap” (which garnered over 670,000 views) follows the trickiness of dropping soap in the shower, and juggling around trying to catch it.  “In the video, I follow the soap out of my shower and around the city, trying to get a grasp on it,” he said. “So I put a censor box over my midsection and just ran around the city in my underwear essentially, grabbing different shots of me juggling this bar of soap in absurd places, and I got recognized at a bus stop by a fan. The thing is, for most of the day, my brother was following me around with a camera so people knew, ‘Oh, this must be some absurd video,’ but for this particular shot, my brother was filming from his old apartment using a telephoto lens so it was just me in my underwear juggling a bar of soap all by myself. … This is when the fan drove by and very concernedly rolled down their window and told me they like my videos. They must have thought I was losing it.”

Though Johnson loves making dorky videos, he plans for a musical career in the future, having a passion for writing music. “I have dozens of unfinished ideas for music and videos, some better than others,” he said.