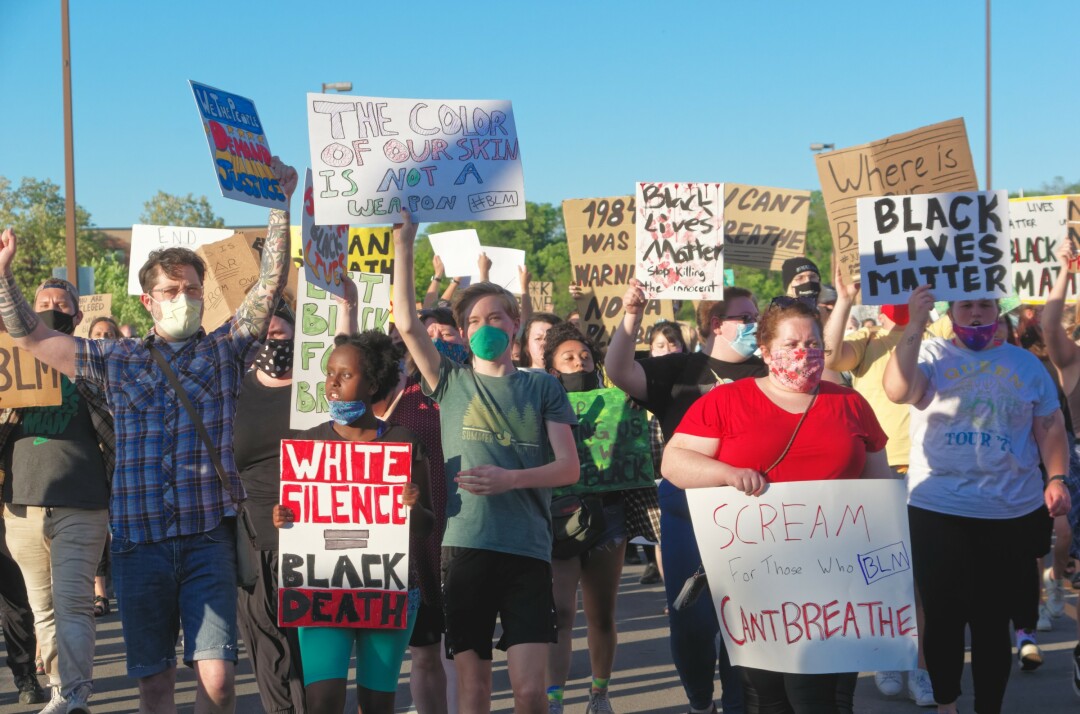 SIGNS OF THE TIMES. A Black Lives Matter demonstration and March in Eau Claire in June 2020.

The Chippewa Valley Equality Initiative has one goal: action.

“What’s special about Eau Claire and the Chippewa Valley?” said Selika Ducksworth-Lawton, president of Uniting Bridges. “We work together. We don’t work against each other. It’s not the oppression Olympics. We’re not going to fight each other. We’re not going to have those kinds of issues. We’re going to try to build it right from the ground up so that we work together, and we model what an inclusive community looks like. And this website is one of those first steps to the inclusive community we want.”

The organization’s website, which officially launched in late February, offers resources to local businesses, educators, and parents, as well as offers options for folks in need of help, looking to help, or looking to support local minority-owned businesses. According to co-founder Jennifer Engedal, the website creates a central location of resources within the Chippewa Valley, which organizers say creates a culture of accountability, without overtaxing community leaders. 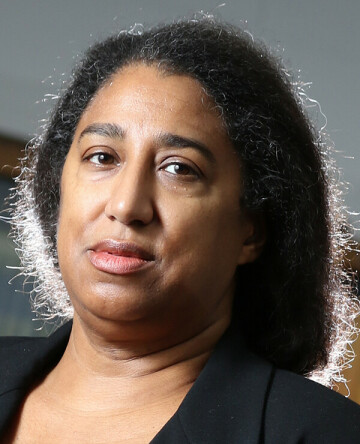 “The wheel that was spinning for me was accountability,” said David Carlson, regional organizer of the ACLU’s Smart Justice Campaign. “Right now, with everything being so separated and groups working in silos, there’ll be a complaint, right? About, maybe the sheriff. And there’ll be 10 different complaints about the sheriff, but they’re in 10 different silos. These things, they never get approached in unison so then people are able to weasel out of any kind of accountability because people aren’t talking to each other.”

The resource is also a critical one for social justice organization leaders, organizers said, as it avoids a replication of efforts. The website will offer a calendar of events connecting organizers on what other local activists are doing and encourages collaboration of forces.

“In order to be anti-racist or be anti-discrimination,” Engedal said, “you have to be taking action towards these things, against things you don’t believe in, for things that you do believe in.”

The website also holds potential for blog writing, offering a platform to elevate voices of marginalized groups about issues that are important to them. This discourages a select few individuals speaking on behalf of entire communities and instead encourages people from all walks of life to speak out on issues they are passionate about.

“While we have shared experiences, there are separate experiences too,” Engedal said. “And I think that’s part of diversity, is understanding that yes, there are groups, but it really comes down to individuals.”

Ducksworth-Lawton said the organization is timely, as it puts diversity as a central issue in conversations about growth in the Chippewa Valley. The Chippewa Valley Equality Initiative hopes to work with local businesses and the Eau Claire Area Chamber of Commerce to rate businesses on how they handle diversity and inclusivity efforts.

“It’s meant to build the entire community,” Ducksworth-Lawton said. “We need to treat all of our people with respect. Anti-racism work is for everybody.”

Check out the new initiative at www.cveiwi.com or at the Chippewa Valley Equality Initiative’s Facebook page at www.facebook.com/CVEIWI.