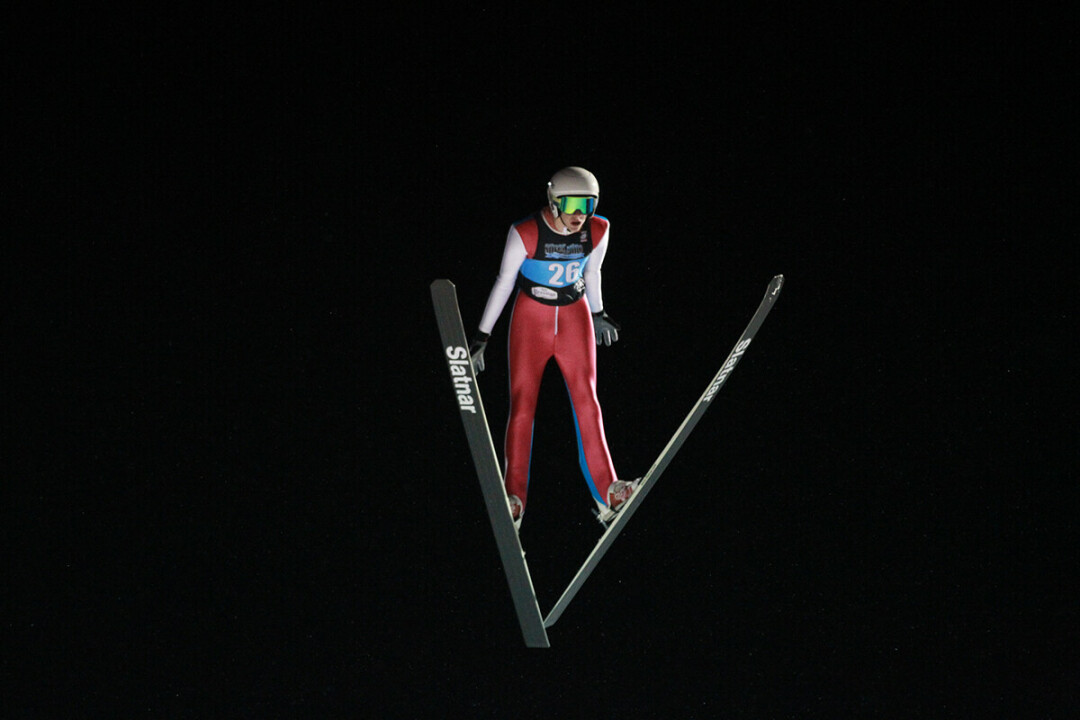 Competition at the Silver Mine Invitational in 2020. (Photo by Branden Nall)

Dream big and do it. That’s the spirit of the Flying Eagles Ski Club as they adapt one of Eau Claire’s oldest fixtures to a global pandemic.

The 135th annual Silver Mine Invitational will be combined with the 89th Annual Flying Eagles Invitational on the weekend of Saturday and Sunday, Feb. 20-21, rather than its usual January date. The program will mix tradition with unprecedented times, with the organizers facing a unique mix of restrictions not seen since the Eau Claire Ski Club first started sliding off a jump on Mt. Tom way back in 1888.

With the festival of media and onlookers not present because of COVID-19, organizers are splitting the invitational between two venues. Saturday will be at the ski jumping facilities at Mt. Washington, before heading a few miles downriver for the traditional Olympic-sized 90-meter jump event at Silver Mine on Sunday. Crowds will be limited to competitors and their families, but fans can still tune into WEAU-TV (Channel 13.2) on Feb. 20, as they will broadcast each jump with their full four-camera setup. (You can also livestream the event online.)

With the usual international pool of competition limited by travel restrictions, the invitational this year will be a more local affair. As history shows, however, that shouldn’t be conflated with the talent pool being diminished. Fueled by a generation of internationally successful Flying Eagles, including a Youth Olympics bid by Emilee Anderson in 2012 and an Olympics bid by Ben Loomis in 2018, a new crop of Flying Eagles will take to the sky for all of Eau Claire to get to know. That includes those jumping off the 90-meter at Silver Mine, but also includes new jumpers who will take flight off the 2.5-meter training jump at Mt. Washington for their very first time. 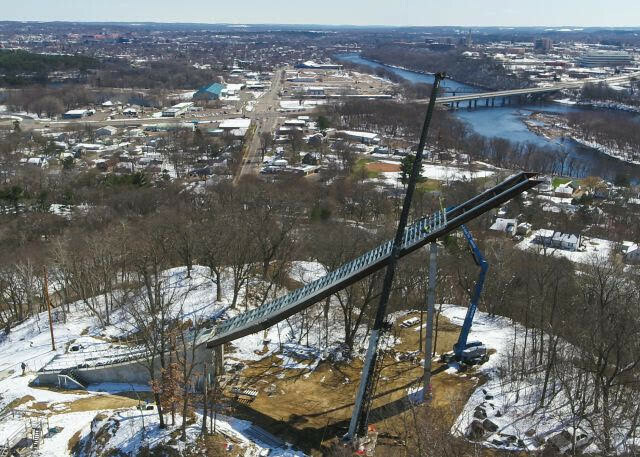 The invitational will also be the competitive debut of a new 55-meter ski jump at Mt. Washington, designed by local engineer and club member Matt Gundry. The new jump is both bigger than its predecessor – 55 meters vs. 40 meters – and better, made of concrete and metal that promises to stand stalwart against the Wisconsin winter winds when its wooden predecessor would have swayed. It’s a project with more than a decade of work behind it that organizer Dan Mattoon says is representative of the whole Eau Claire community.

They put the money and generosity in over the years, and now we have arguably the best junior competition center in the country.

“They put the money and generosity in over the years,” Mattoon said, “and now we have arguably the best junior competition center in the country.”

If you’ve driven down Clairemont and noticed a gigantic metal – well, thing sticking out of Shawtown, that’s the newer ski jump. Outfitted with a plastic covering that will make it one of the largest jumps in the U.S. available for year-round training, the upgrade promises to make Mt. Washington the training destination for young jumpers in the Midwest and beyond. In its first full winter, it has already gotten plenty of use from the Flying Eagles’ 50 plus youth jumpers, who have been jumping since the snow fell. 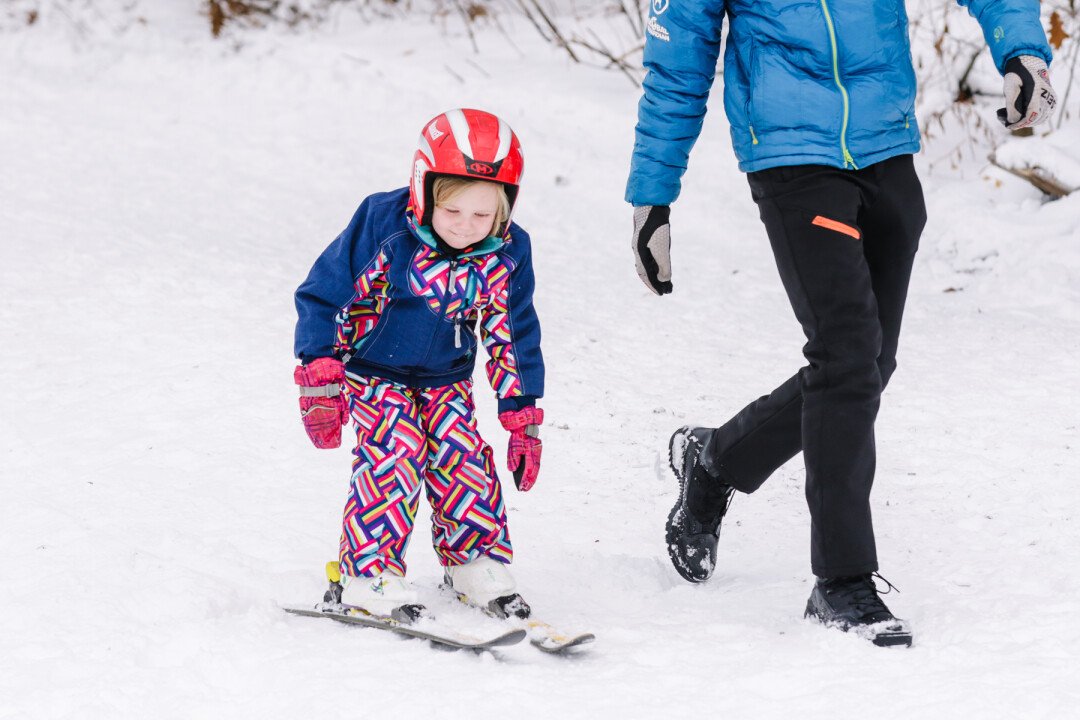 In partnership with the Eau Claire Ski Striders, the Flying Eagles are also making progress on cutting cross country ski trails to make their Silver Mine facility a true Nordic center. Initial clearings were made this fall, with a man-made snow loop covering the flat directly adjacent to the jump landing area, and more trails that head straight up the river bluff which promise to make a challenging 5K loop in the future. For a one-time fee of $25 per household, skiers in Eau Claire can use the snowmaking loop at the base of the hill for the whole winter season.

Those wanting to join in on this Eau Claire tradition can find trail information, snow conditions, and local programming on the Eau Claire Ski Striders Facebook Page or website, eauclaireskistriders.com.

The latest on the Silver Mine Invitational can be found at silvermineski.com.