Hard-Fought Wins in a Turbulent Time

a note about our latest Best of the Chippewa Valley issue 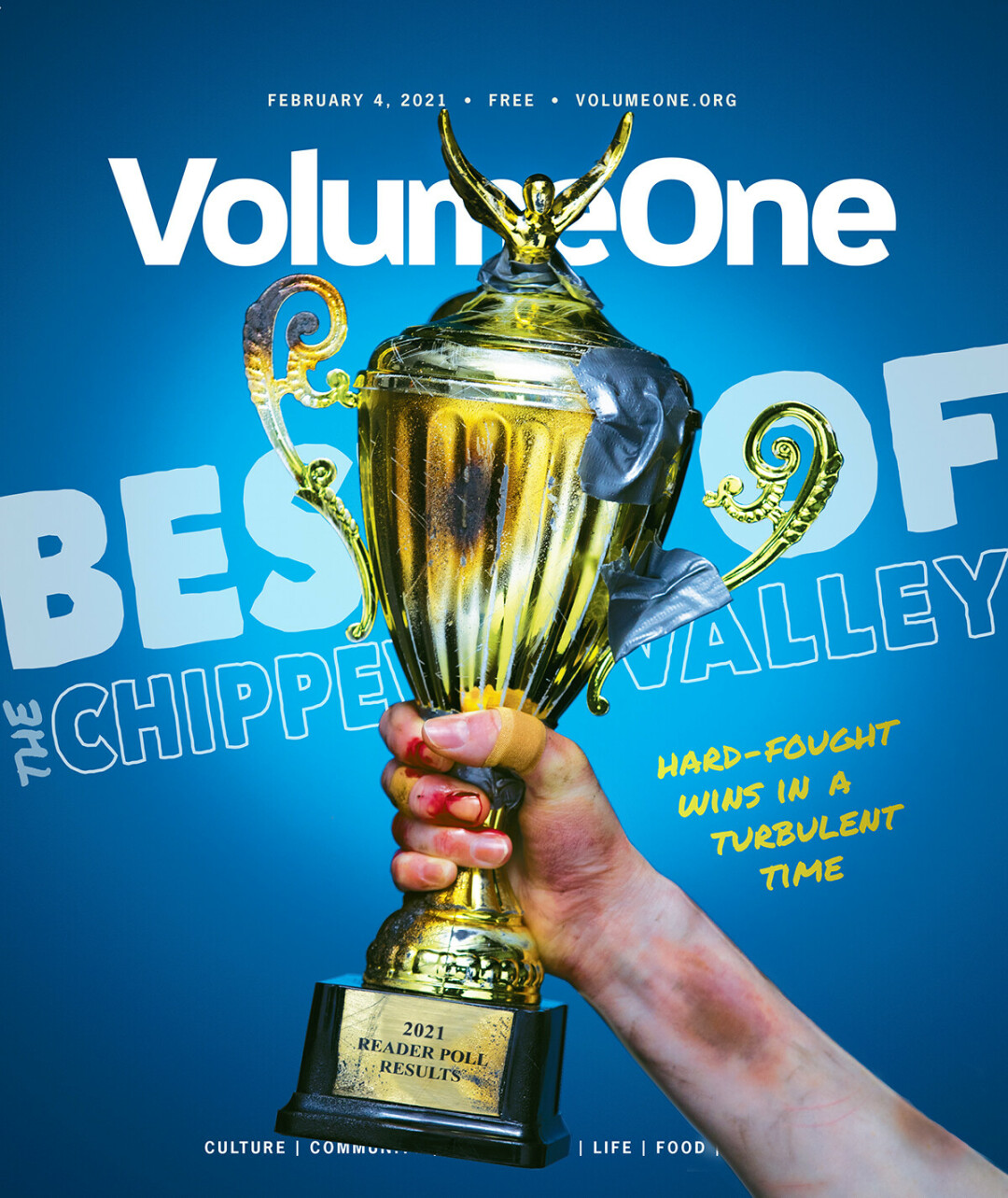 When we brainstormed a cover for this year’s Best Of the Chippewa Valley issue (our 14th!), we wanted to find a concept with some visual punch – an image that evoked not only the usual celebratory tone of our wildly popular annual poll, but something that also clearly acknowledged what a difficult year it had been in so many obvious ways. So, we got aggressive. We took a torch, hammer, and duct tape to a classically styled trophy, and some bandages and skillfully applied makeup to the hand of one of our brave staffers. All of this was in an effort to show that if anyone “won” anything this year, it didn’t come easy. And while we know it might be hard to celebrate the good in anything this winter, we think it’s still a worthwhile endeavor on many levels. In fact, not only worthwhile, but critical. And it’s clear our readers agree, as votes came in with record-shattering numbers last December. So as you read on this year, remember just how much each winning business, idea, or organization had to go through this year just to do their thing. And not only the winners, but everyone. Because in a year like this, every little thing is worth celebrating.