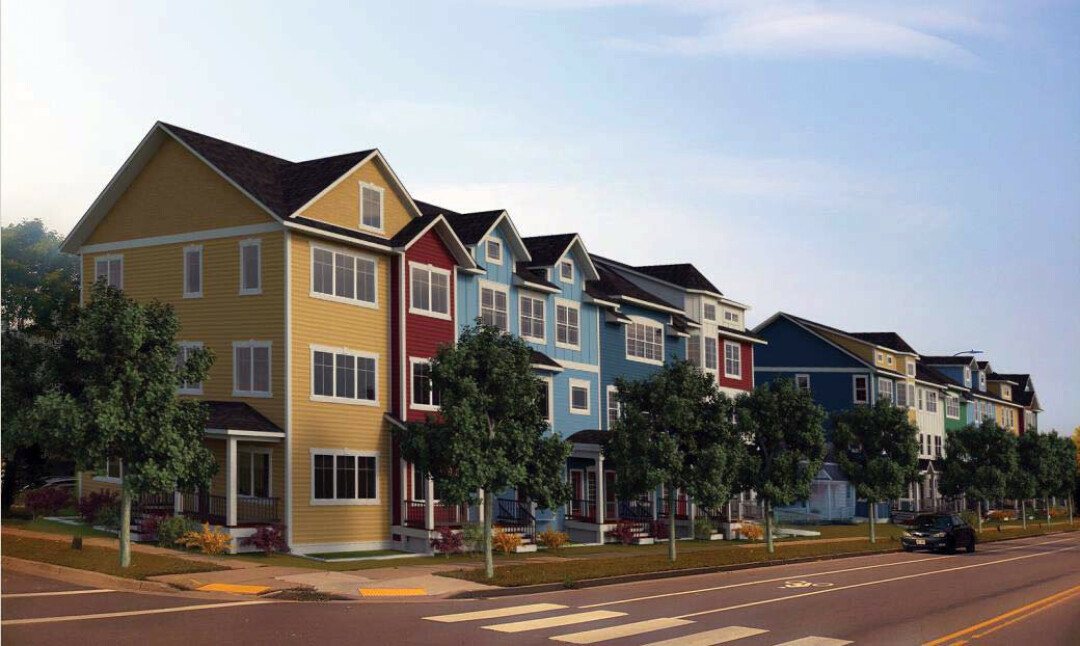 The Eau Claire Plan Commission is poised to consider a proposal for a two-building student-oriented apartment development in the 700 block of Water Street, a project dubbed the Water Street Flats by its owner, JCap Development & Construction.

Currently, the property is occupied by six one- and two-story wood-frame homes built in the 1870s and 1880s. A seventh home, at 715 Water St., would remain, flanked on either side by the new apartment buildings.

JCap, the developer, will go before the Plan Commission on Monday, Feb. 1, to seek approval for a general development plan and a site plan for the project, as well as to ask to have the property rezoned from medium-density residential to central business district-planned development.
If the Plan Commission approves the requests – which were originally slated to be considered in January, but were postponed – then the project will go before the Eau Claire City Council on Feb. 8 for final approval.

According to JCap’s application for the project:

Water Street Flats intends to offer a product that vastly exceeds the market average. The design and layout of the property is unique to the Eau Claire area. JCap DC identified an opportunity to bring much needed apartments to the Water St. area, without repeating the same style of architecture and apartment product that has been built thus far. All 40 units offer direct entry from the outside, letting us eliminate any common hallways, which increase construction cost and become a maintenance nightmare when renting to students. The elimination of common hallways, let JCap keep construction costs low, and pass the saving on to the student tenants.

The developer also says the three-story buildings will feature “a mix of modern and traditional architectural features.” A artist’s conception included in the application shows structures that resemble some of the multistory apartment buildings that JCap has built in recent years nearby on Chippewa Street. 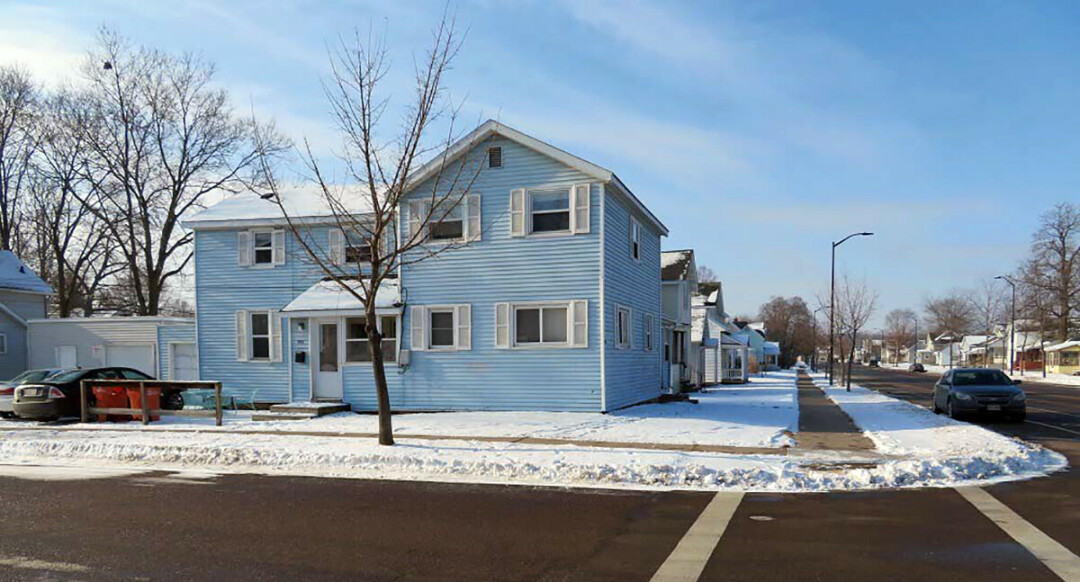 Some of the existing houses in the 700 block of Water Street that would be demolished to make way for the Water Street Flats project. (Submitted photo)

Apartment residents will part in 50 off-street stalls to be built to the south of the buildings, facing an alley, the developer said. While this is four stalls fewer than required, the developer asked for approval because “the amount of street parking this far west from campus has always remained abundant.”

In a letter to the city officials, the Historic Randall Park Neighborhood Association said it voted to support the development. “Considering the location of the project, the majority of voting members felt this project was acceptable,” wrote Lauren Lierman, the association’s president. “Overwhelmingly, members enjoyed the design of the buildings presented, feeling that they fit the aesthetic of the neighborhood well. We agree with the mission of drawing density out of the core of the neighborhood, onto Water Street.”

If the Plan Commission approves the project, city staff members recommended they do so with conditions, including city approval of drainage plans, exterior lighting, and bicycle parking.

To view the Plan Commission meeting agenda for Monday, Feb. 1, and to find out how to view and participate in the meeting remotely, check out the agenda online.