COLUMN: Hour in a Year

preserving the good moments of a turbulent year

The final day of 2020 was cold and overcast. From the sky, snowflakes sifted down irregularly, as if an afterthought. To paraphrase Tom Waits: My emotional weather forecast was gloomy with a chance of melancholy.

But I’d gotten wind from my friend Soren Staff of Them Coulee Boys that he would be recording at Brian Joseph’s studio on the west side of Eau Claire and, given that both of my kids were home that day and we had not much on the agenda, I asked if we could watch the proceedings.

I’d been to Brian’s studio once before, and I can only describe the space as magical – which I’m sure is a somewhat cliché term to characterize a recording studio. The studio is a small standalone building not far from the Chippewa River, surrounded by trees and nestled beside a little creek. It might easily be mistaken for an old man’s tool shed, or some eccentric tinkerer’s hut. It’s cabin-sized; three small spaces crammed with instruments, microphones, books, monitors, vinyl records, candles, speakers, and taxidermy. Every object seems endowed with meaning and mystery.

My kids love it. It’s like walking into a musical cabinet of curiosity – like a living museum where each artifact can be not only touched but played. And to make matters better, both kids knew Soren and were familiar with Brian. Even though the two men were busy collaborating on the new album, they doted on my children, answering every peculiar question lobbed in their direction: “Why is their Silly-Putty on your piano? What kind of skeleton is that? What do you call this instrument?”

I sat in a corner and listened. Listened to Brian’s patient voice as he fielded an endless stream of kid-questions. Listened to Soren play his guitar. Peered over at Brian’s poodle, Coco, where she lay on the floor, eyes closed. My heart was very full.

I’ve never been much for saying that a given year was better or worse than any other year. I suppose this stems from a sort of stoicism. I figure: Every year is full of tragedy and joy, triumph and tribulation.

I’ve never been much for saying that a given year was better or worse than any other year. I suppose this stems from a sort of stoicism. I figure: Every year is full of tragedy and joy, triumph and tribulation. 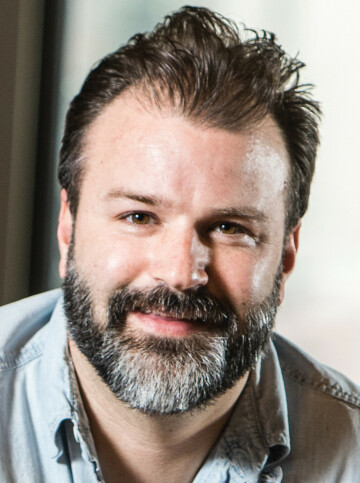 But 2020 was an epically shitty year. In my 41 years on the planet, it was the hardest year to live through. To witness such suffering and civil unrest and uncertainty, to cancel every best-laid plan, to look down the tunnel of our future and see so little light …

Much of this year, I was, frankly, depressed. I couldn’t get anything done, or very little. My job is writing books, and this past year, words dribbled out of me like a broken faucet. My attention span was shot, as if by an elephant gun.

And yet, there I was, in the final hours of 2020 listening to new music being created and recorded by two men I admire so much. The notion of new music did something to buoy me. The world hadn’t totally come to a standstill. Artists like Soren, and yes, Brian, were still crafting music to uplift us, to celebrate life.

I don’t believe we, as humans, have the capacity to really remember a year, to record so much time in our memory accurately. I know I don’t.

I remember moments and conversations, certainly days. Markers in my memory that I can isolate and return to, the way a person might dog-ear a page in a thick book. Much of 2020 will be a sad blur; days upon days of stay-at-home tedium, broken by the horror of the murder of George Floyd or Breanna Taylor, or the presidential campaign, the deaths of John Prine and Bill Withers …

But my Lord – the sweet hour we had together in Brian’s studio, that embryonic and beautiful music, friendship, and kindness. After we departed Brian, and waved to Soren through a window, I took a photo of my kids because I wanted to preserve that time, those 60 minutes. Wanted to memorialize the time as best I could, should my memory fail me down the line.

There isn’t much light in the picture. A person might surmise that it is December, certainly winter. But they wouldn’t know the year, wouldn’t know it was 2020, at the very height of the COVID-19 pandemic’s deadliness.

They would only guess two children had been privy to the wonder of music being made by two gentle men who treated them as equals – or even better.

Nickolas Butler is an internationally best-selling and prize-winning author of Shotgun Lovesongs, Beneath the Bonfire, The Hearts of Men, and Little Faith. He lives outside Eau Claire.