THE NEXT GENERATION: Student Advocates Fight for a Better Future

a conversation with local student leaders in social justice causes 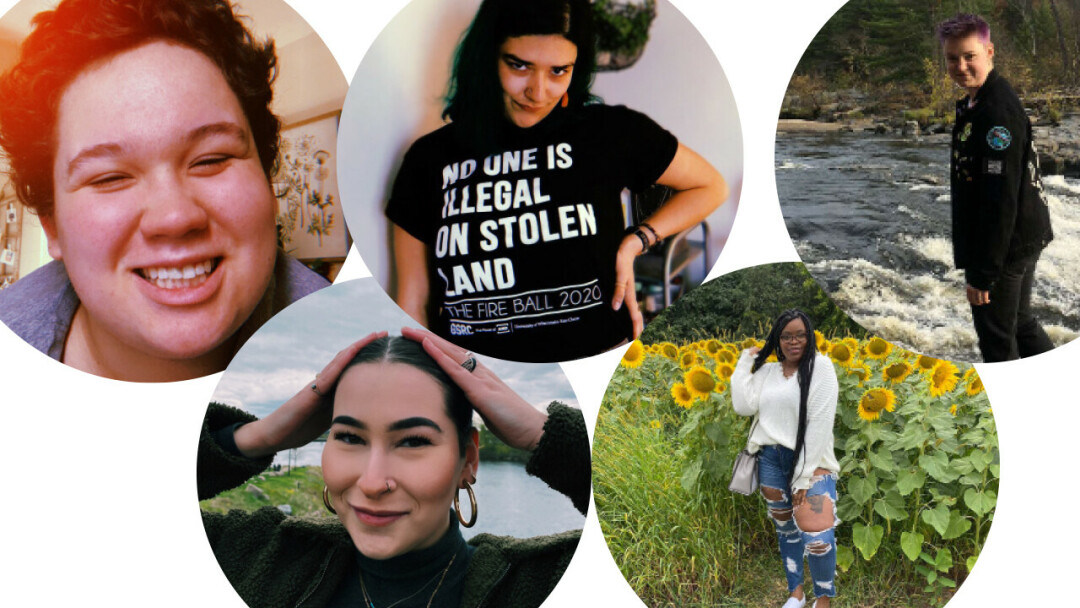 The future is in the hands of this new generation.

And we are in luck: the Chippewa Valley has some spectacular student leaders who have been paving the way for a more inclusive, equitable society. From organizing rallies and protests to volunteering their time to social justice causes, these students have a lot more than just their studies on their mind: They have their community in mind. They really show that when you put others first, beautiful things can happen. 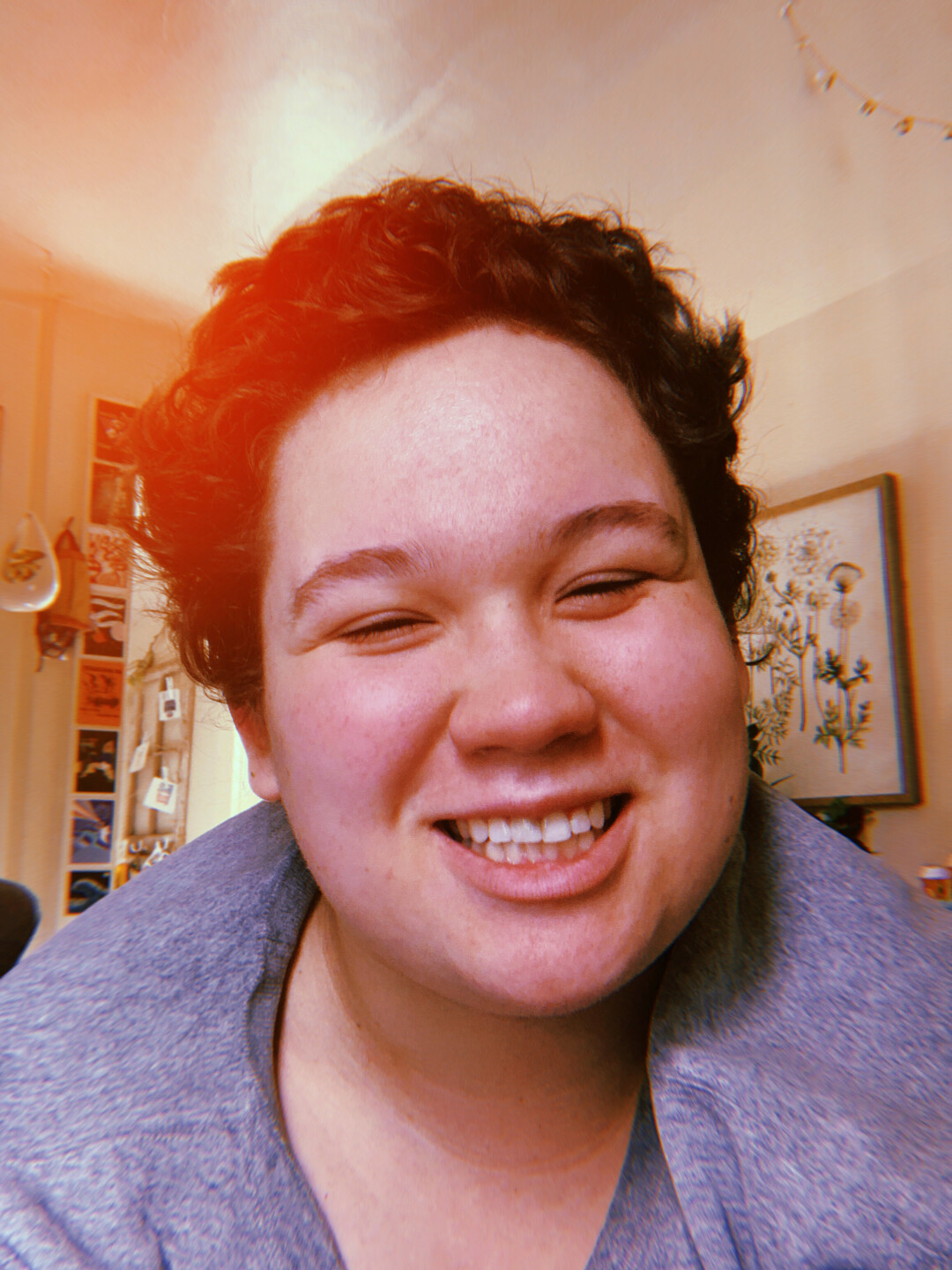 When Aja St. Germaine isn’t studying hard as an English and women’s, gender, and sexuality studies student at UW-Eau Claire, St. Germaine is an activist for a number of social justice causes in the Eau Claire community. In addition to playing a critical role at the Gender and Sexuality Resource Center, acting as the editor-in-chief of the only LGBTQ-focused publication, Out., at the university, and studying decolonization techniques in her work at the Center for Writing Excellence, they also work hard to advocate for social justice causes in the community. Over the summer, St. Germaine worked with Dr. Selika Ducksworth-Lawton to organize a vigil in remembrance of George Floyd, which was later followed by several rallies and protests for the Black Lives Matter cause. Currently, St. Germaine is working with Planned Parenthood to host a Queer Sexual Health Discussion series for college students at UWEC.

What are some of the challenges you face as a young person in such a proactive role?
Sometimes I find that people who are my elder have a hard time keeping their minds open to what I have to say. Being a young advocate means I often get invalidated or not taken seriously.

How can people become more aware of their biases?
I always encourage people to ask the hard questions with themselves: Am I a good ally? Do I know what being a good ally looks like? Am I relearning challenging dissonant topics that I may be rooted in? And go from there. If the answer to any of these questions is “no,” then you know what your next steps should be.

How can the Chippewa Valley improve its equity, diversity, and inclusion initiatives?
We need to focus on decolonizing our opinions and our spaces. If our spaces aren’t accessible for people of color, queer people, people with disabilities, etc., we won’t be able to improve on our diversity, because we aren’t accessible. We can’t force diversity, or mandate it; we need to make it obtainable for everyone to access all spaces. 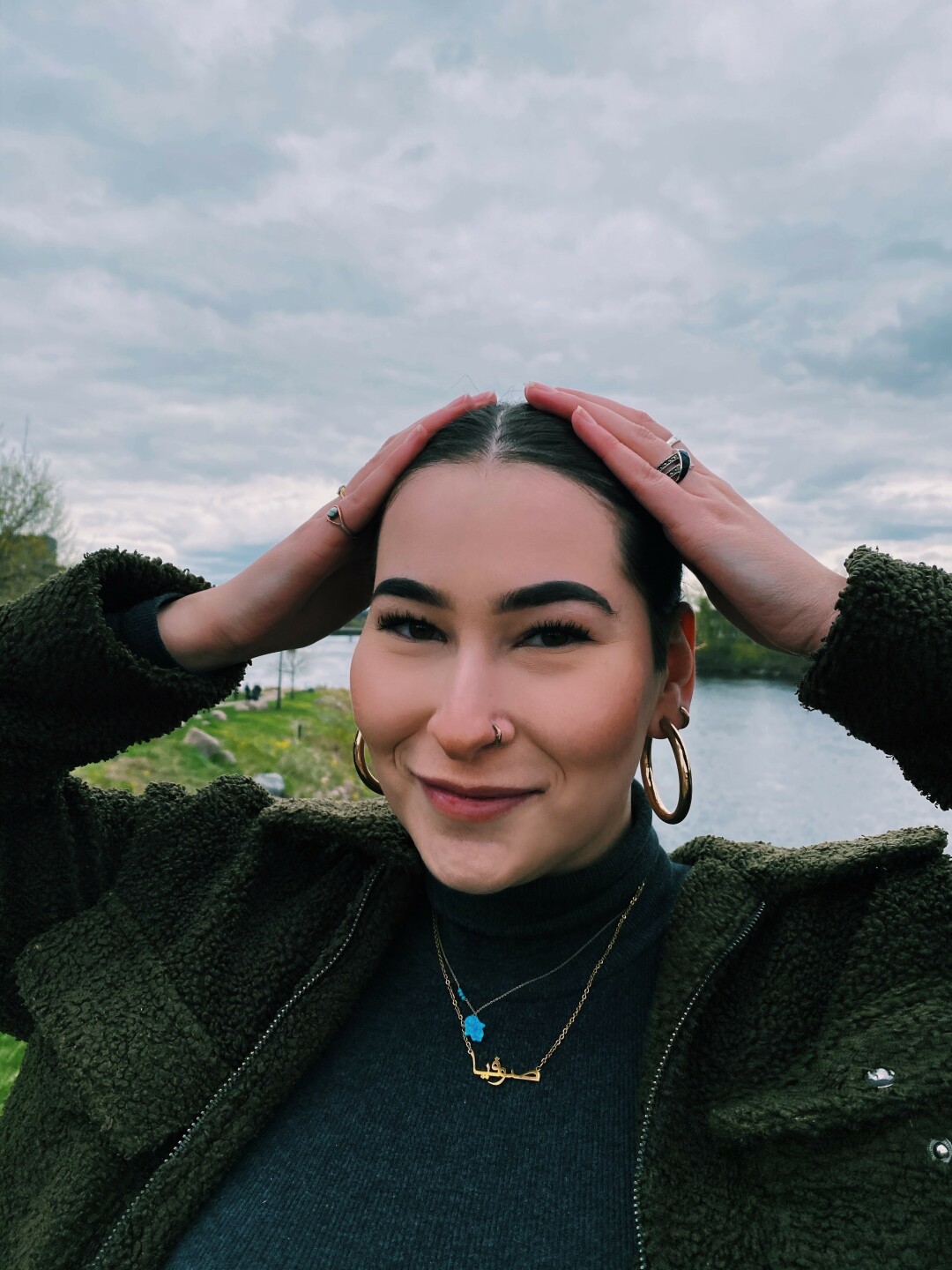 Sophia Flood Elyafi has been a vocal advocate – both on social media and IRL – for social justice causes. Not only is she on the executive board of the Eau Claire Justice League, vice president of African Student Association at UW-Eau Claire, and a member of the Student Senate commission for Equity in Student Matters, but she’s also a strong force on the Facebook group UWEC Solidarity With People of Color. She is also passionate about learning different languages (and last year served as the president of Spanish Club). She speaks English and French fluently and has been learning Portugese and Darija. But being active in social justice causes isn’t just her following trends; Flood Elyafi’s family has been actively engaged in civics. Her uncle is a criminal defense attorney specializing in death row cases, so she grew up hearing about injustices in the justice system.

What are your goals?
Right now, my main goal is to get accepted into law school so that I can become involved in immigration or criminal defense law. On a personal level, my goal is to keep learning and growing.

How do you encourage people to start tough conversations?
I lead by example. While it’s not intrinsic to my nature to be confrontational, I’m often put in that position. I’ve always been a very curious person and am used to doing my own research and posting what I’ve found. I do this frequently on my social media, where daily I post something educational on my Instagram story. I also began an educational Instagram page called @woke.pdf, where I research a topic or incident and create a graphic for it.

How can people become more aware of their biases?
Take a hard look at the people you surround yourself with. Do they all look like you? Love like you? Worship like you? Navigate the world like you? In order to combat this, people must first acknowledge where their biases lie and begin to confront them. It’s just like with fear; the only way to get over it is to look at it directly. 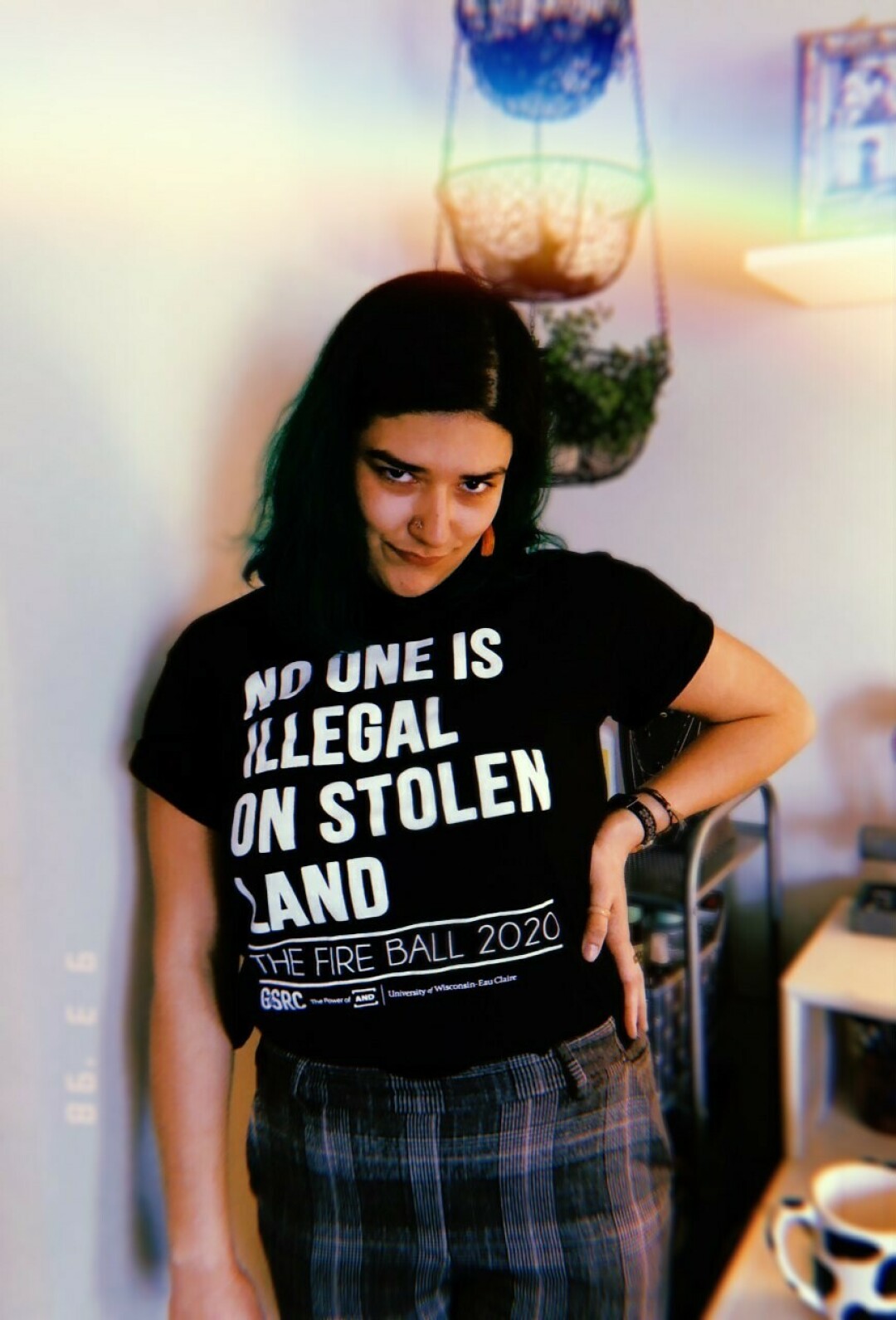 Perhaps one of the most vocal advocates for diversity at UW-Eau Claire is Stephanie Hoeksema, an elementary education and Latin American studies student, who acts as director of the Equity in Student Matters Commission in the 63rd session of Student Senate. She also works with Leaders Igniting Transformation (LIT) as a Campus Organizing Fellow. Hoeksema played a pivotal role at UW-Eau Claire during the aftermath of the infamous racist Snapchat conversation amid Blugold football players, and has dedicated much of her work in student government advocating for social justice causes. This past fall, Hoeksema helped organize the “Dare to Divest” rally protesting funding campus police, as she says they disproportionately target BIPOC individuals.

How do you encourage people to start tough conversations?
Free yourself from the myth of perfection. Conflict is natural to the human condition and awards the space to move toward our full potential. Recognize the tremendous power you hold by disrupting harmful systems. Ignoring negative and harmful behavior act as an indirect force of positive reinforcement, so when threats to justice are witnessed, there is no choice but to speak up. When something does not feel right, trust your emotions and your experiences, and release any fears of being brutally honest about them. Speak and live your truth to protect your peace. Challenge yourself to reflect upon how the status quo harms our most vulnerable individuals and communities. … To me, fighting for justice is fighting for connection. Stay grounded in the goals of healing and prevention of further harm and violence to our communities and the Earth that provides for us.

What are some of the challenges you face as a young person in such a proactive role?
Thus far, I have found that working against the grain to fight for systems and a society that does not yet exist brings a world of complex and unique challenges you could never anticipate. Manifesting and creating these systems will always be an uphill battle. As a woman of color and a child of immigrants, I have had to confront systems of injustice, oppression, and violence with grace, even as their harm is inflicted onto me. It is a special challenge to advocate while simultaneously healing my own wounds. Additionally, being forced into positions of self-doubt as a tactic by people wielding their power has been among the most striking of difficulties I continuously encounter. This has taught me to free myself from perfectionist desires and replace them with self-compassion. 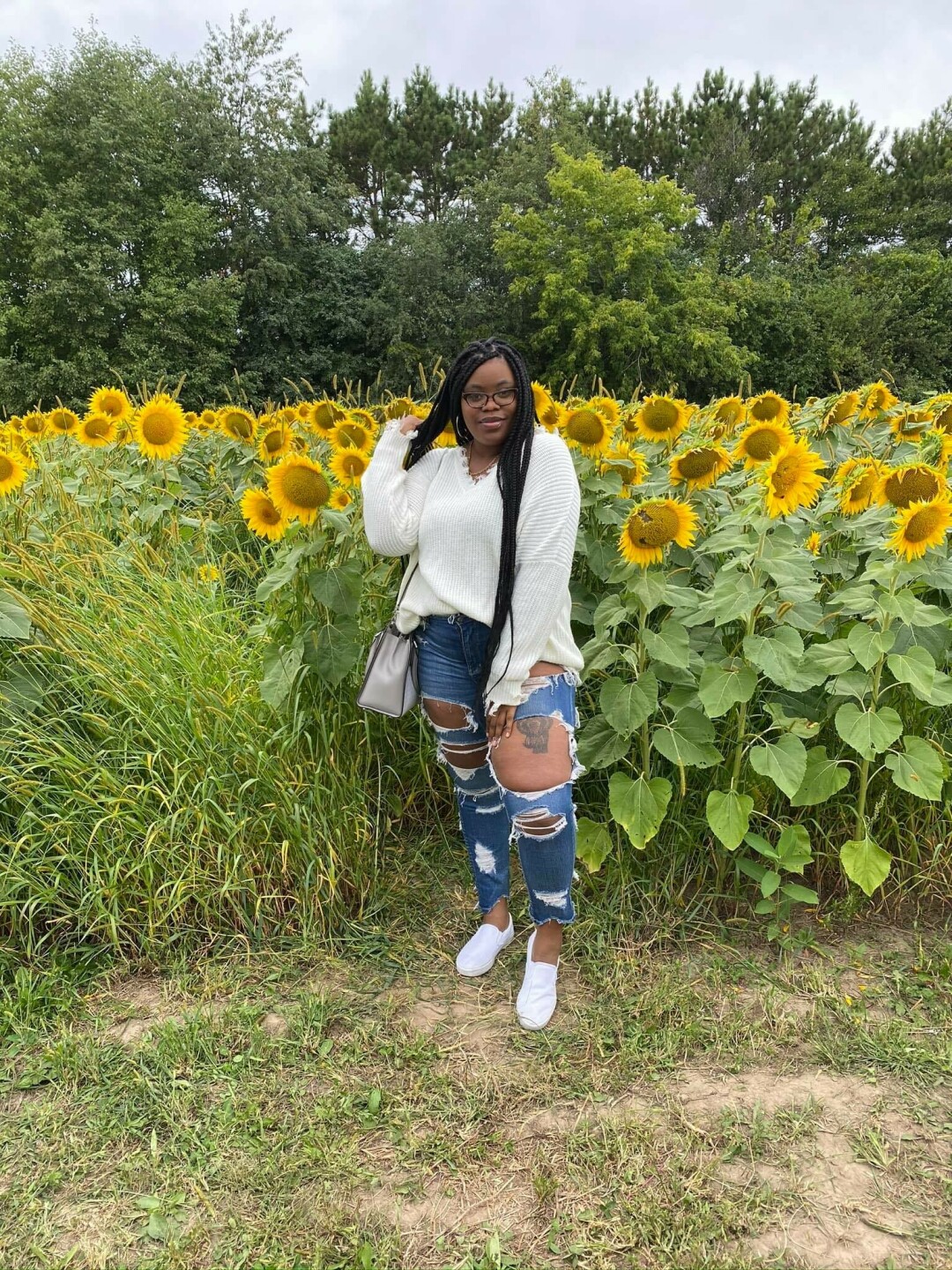 LaResha Love has been advocating for social justice causes since she was 15 years old. As a senior at UW-Stout, Love has been a part of countless meetings with the dean, chancellor, and other university officials to ensure the university maintains supportive diversity causes. Love currently is a part of Leaders Igniting Transformation (LIT), a Black and Brown-led nonprofit. This past fall, Love also helped organize the “We Want Change” rally in Menomonie, which sought to create a more equitable campus at UW-Stout.

What are your goals?
My long-term goal is to own my own construction business and hire young Black and Brown people in my community, which is one of the worst zip codes in the nation (53206). My goal is to hire ex-convicts or anyone who struggles to get employment in my community. My short-term goal is to bring BIPOC awareness to my PWI (privileged white individuals).

How can we advocate for others?
Shining light on all injustice acts we face, not just the ones that are trending. Never stop after you have found a solution; you keep advocating, even if it is solved. You cannot let up. You always have to go hard.

JACK OF ALL TRADES 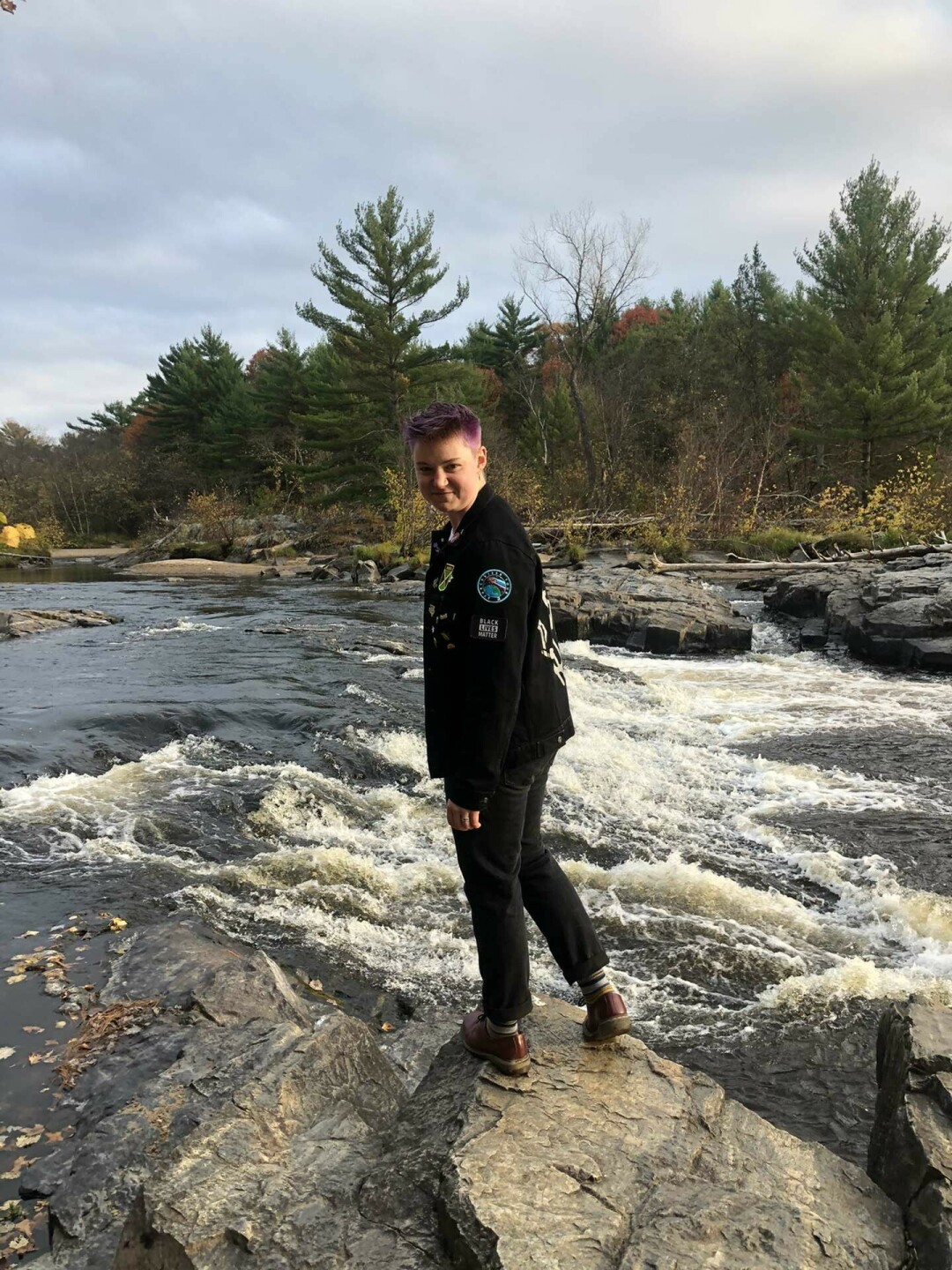 Nickolaus Spittlemeister is involved in a little bit of everything. You might know Spittlemeister from his role in UW-Eau Claire’s Student Senate, PRIDE, Campus Ambassadors, NOTA, The Spectator – the list goes on. Spittlemeister has made it his goal to complete his Tier III Student EDI Project: Amending the Governing Documents of UW-Eau Claire Student Senate to reflect equitable practices and inclusive policies. This past fall, Spittlemeister organized a protest against UWEC’s administration for their controversial decision to not move to remote learning after fall break, which was later reversed.

What are you doing to ensure everyone feels included?
I actively put myself in environments where I can learn and listen to others. I ask questions and seek out further research about other communities to see where and how change can happen.

What moment from the past year has resonated with you the most?
Reading How to be an Anti-Racist. It has changed and challenged my thoughts for social justice. (Trigger warning!) After the several murders of people of color by law enforcement, national policy changes toward healthcare discrimination toward people who are transgender, increasing murders of trans people of color, and other heinous oppressive acts on people this year has motivated and called me to raise my voice and stand up and run toward equity for others.

How can the Chippewa Valley improve its equity, diversity, and inclusion initiatives?
Advertise and promote local businesses, give funding to diverse resource centers, host events for people to learn about cultures and people’s lived experiences, calling local governments to change systemic racism and other oppressive policies, research and learn about other people’s lived experiences.