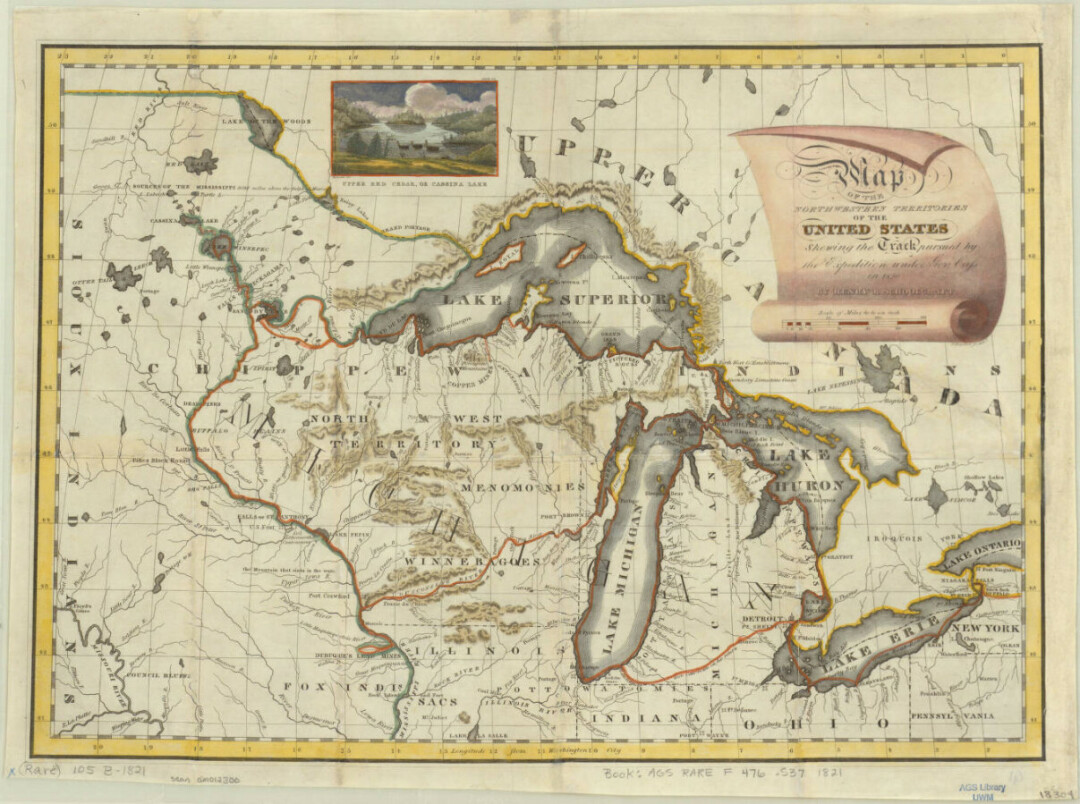 This 1821 map shows what later became Wisconsin Territory (and later the State of Wisconsin) but was, at the time, part of Michigan Territory. (Source: The American Geographical Society Library Digital Map Collection)

On Jan. 1, 1836, Wisconsin Territory was declared by an act by the Michigan Territorial Legislature. (Michigan was in the process of becoming a state, and until then included what is now Wisconsin.) Congress acted a few months later, officially forming Wisconsin Territory on July 3, 1836 – Though it would be another 12 years before Wisconsin gained statehood.

On Jan. 1, 1905, the Milwaukee Electric Railway and Light Co. opened the Milwaukee Interurban Terminal, a street railway that – back in the day – trekked across 130 miles in southeastern Wisconsin. Today, streetcars and trolleys are (mostly!) a thing of the past.

Does the name “H.H. Bennett” ring a bell? If it doesn’t, it should, because it’s thanks to this photographer that Wisconsin Dells is a popular tourist location. Though Bennett died on Jan. 1, 1908, his stunning photographs encouraged other people to check out Wisconsin’s beauty, as they were often used in stereoscopes. Today, his studio is an historic site in the Dells.

Jan. 1 is the traditional date of the granddaddy of all college football bowl games, the Rose Bowl. The Wisconsin Badgers have appeared in the game 10 times over the years, beginning in 1953 when they were blanked 7-0 by Southern California. They last pulled off a win in Pasadena on the first day of 2000, beating Stanford 17-9.

On Jan. 1, 1986, the Uniform Marital Property Act went into effect, stating that any assets acquired during a couple’s marriage belong equally to both individuals – a drastic change from when everything belonged solely to the male partner. What’s even more imperssive is that Wisconsin was the first state to create such an act.