finding a set of cool dice used to be harder than a roll for initiative. Not anymore. 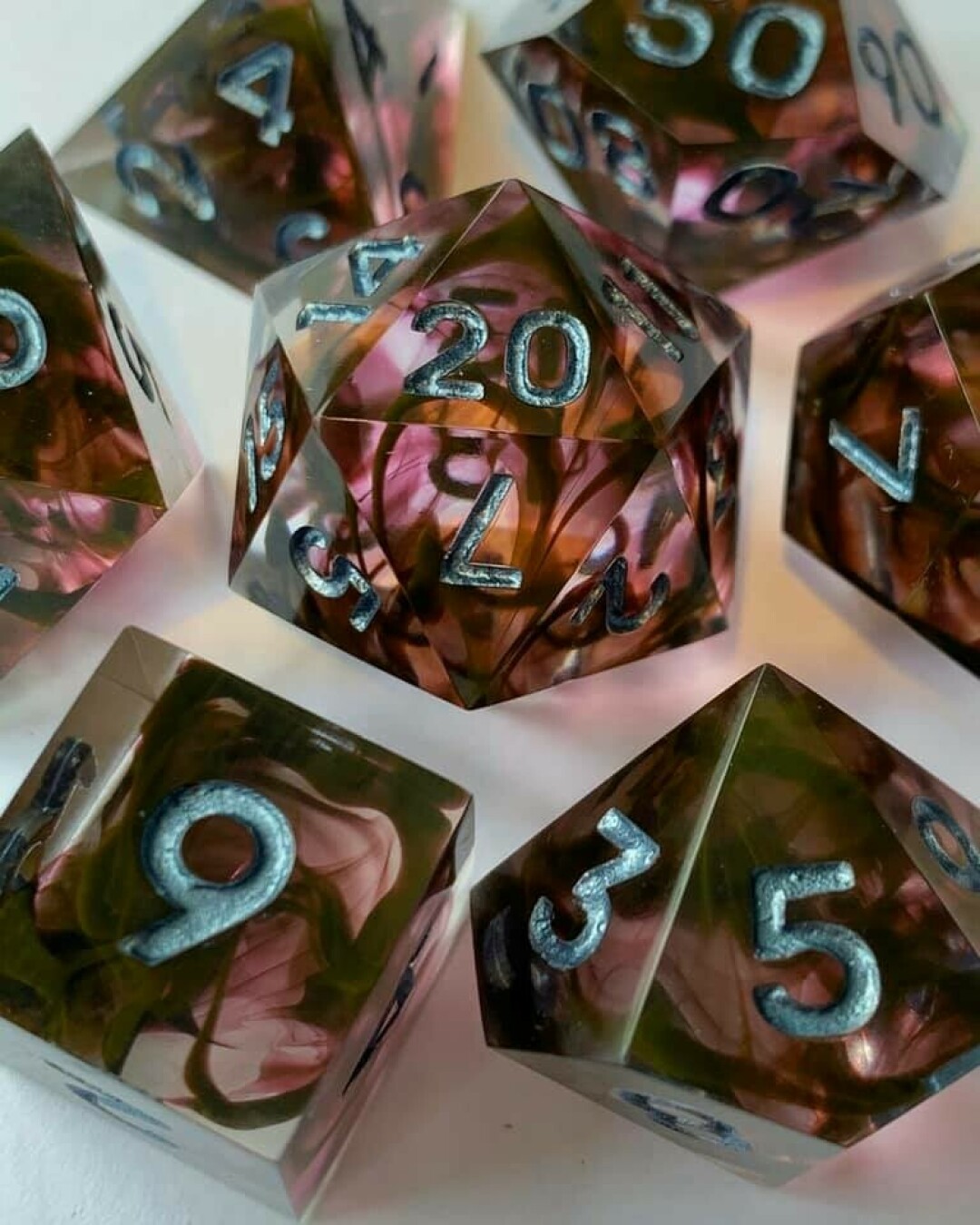 When Cassie Hansen started playing Dungeons & Dragons five years ago, she wanted a set of cool dice. But many of the unique, custom dice she found were part of Kickstarters that weren’t in progress anymore – meaning that finding a set of cool dice was harder than a roll for initiative. (Pun intended.)

That’s when Hansen decided enough was enough: She was going to make her own enchanting set of dice, which led her to create her own Eau Claire-based online business, Soulbound Magical Items.

“I got addicted to making them,” she said, “because it’s really fun to do.”

I got addicted to making them because it's really fun to do.

When she first started creating custom dice about a year and a half ago, not many players had discovered her unique creations. Now, she has garnered a following of more than 34,000 on Instagram. She uses resin and handmade silicone molds to make her dice, including colorful inks, plants, flowers, and other imaginative additions in her creations. That and her background in visual marketing makes for an Instagram feed of stunning treasures. 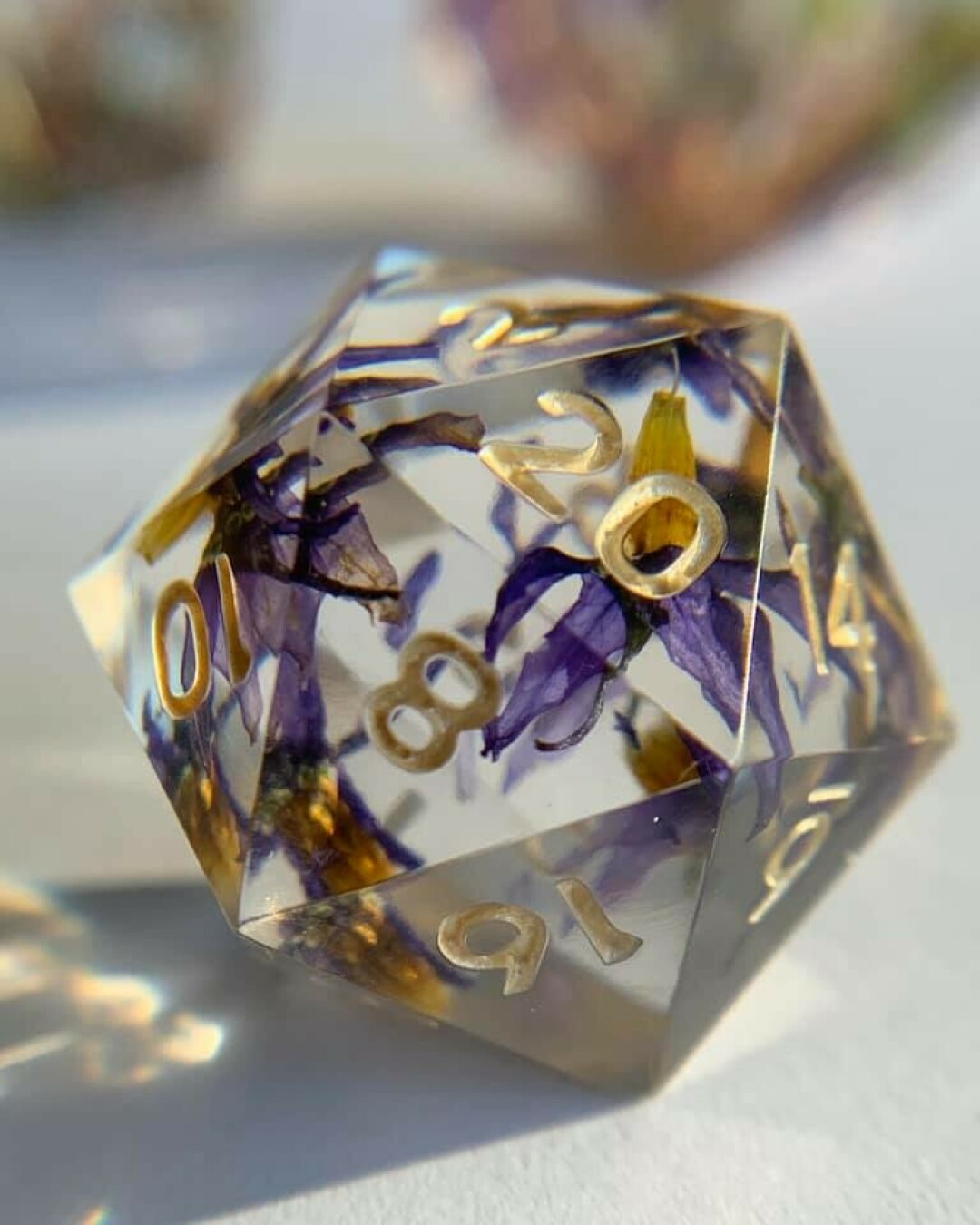 “These are amazing,” one viewer commented. “These are stunning,” commented another. “These may just convince me to start playing D&D again,” commented a third. The list goes on.

Now, Hansen has given up her visual marketing career to focus on her business full time – both because she’s passionate about it and because the demand for her dice is so great.

"I know a lot of people who get a set of dice for every single character they have, so that can get a little crazy."

“It’s just a certain amount of people really, really want the custom dice,” she said. “And you can make dice for your specific character. ... I know a lot of people who get a set of dice for every single character they have, so that can get a little crazy.”

Her customers call themselves “dice goblins,” and eagerly await her monthly “drop” of available products, which usually happens on the last Sunday of every month. “People, I don’t know where they are, but … they just really like custom dice. There’s a lot of them out there,” she said. “They find the dice.” 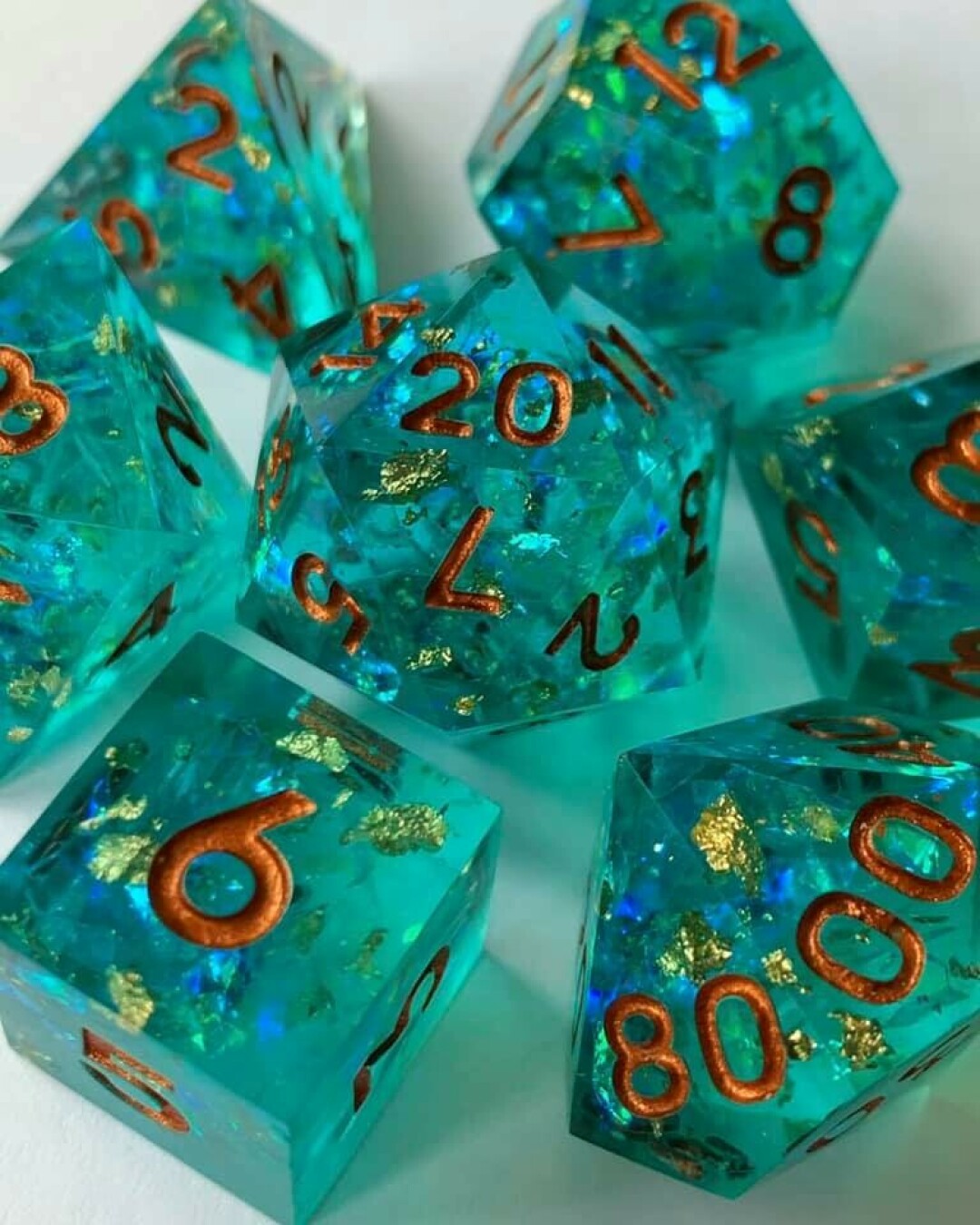 In addition to her dice – which can be used for any role-playing game – Hansen also creates unique mystical jewelry using similar silicone molds and resin. When she’s not making something, Hansen still loves a good game of D&D with her husband, whose family has had a running game of D&D for more than 40 years.