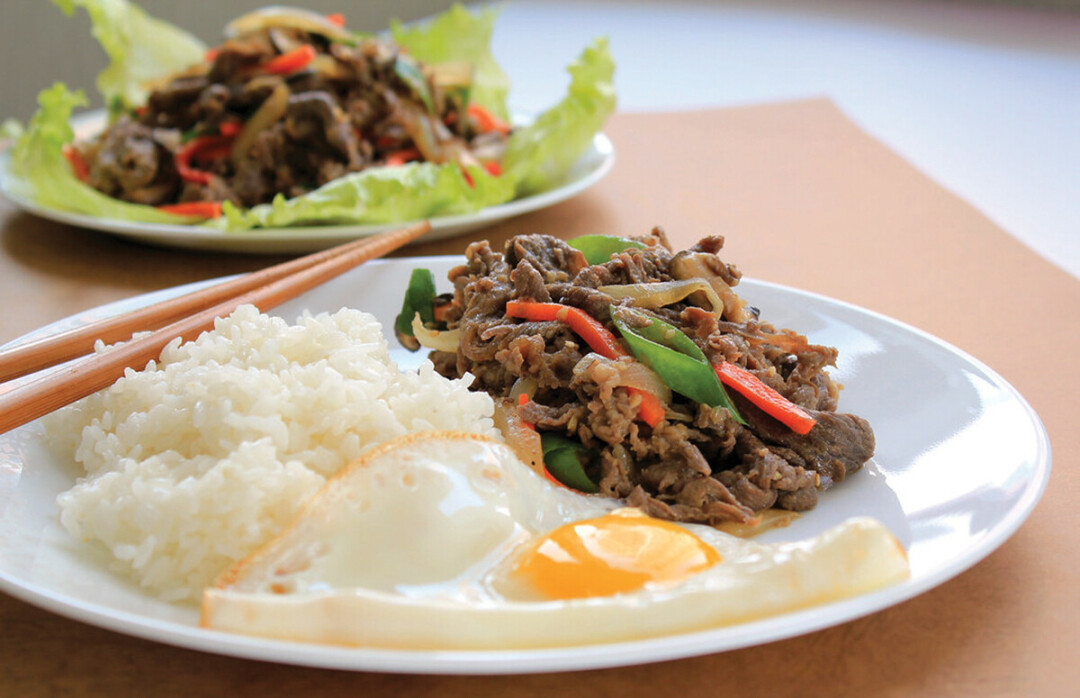 Kimchi-Jeon. Kim Bap. Mandu. Kimchi-Wangmandu. Bulgogi. Kalbi. Japchae. Even if you have never tried these delectable east Asian foods, you can give them a try at Hongdae Korean Eats, a new “ghost restaurant” run out of Shanghai Bistro, 2930 Craig Road, which offers delivery-style foods.

“We have no idea how busy it is going to be,” said owner Henry Chan. “I have no idea if people in Eau Claire will like this kind of food because it is so foreign.”

I have no idea if people in Eau Claire will like this kind of food because it is so foreign.

Comprising stir fries, noodle dishes, Korean sauces, and chips and snacks straight from east Asia, Hongdae Korean Eats offers easy-to-access foods that might sound peculiar but are foods that all people will love and enjoy, Chan said. As a ghost kitchen, Hongdae has no physical brick-and-mortar location – and it isn’t the first ghost kitchen in the Chippewa Valley, as Roble – a taco restaurant run out of Northern Tap House – also operates through delivery only. Ghost kitchens are popular in Los Angeles and Chicago, according to Chan, but he hopes to bring the trend more fully into the Chippewa Valley.

“It was all online,” Chan says of the venture, “and it was all really easy … so with that, it was really a blessing.”

If the prices seem a bit steep, it’s because GrubHub, the kitchen’s third-party delivery service, charges 30% of revenue. So to make a profit, Hongdae has to charge higher prices. But, it’s worth the cost, Chan said, as you get fresh Korean food delivered right to your doorstep.