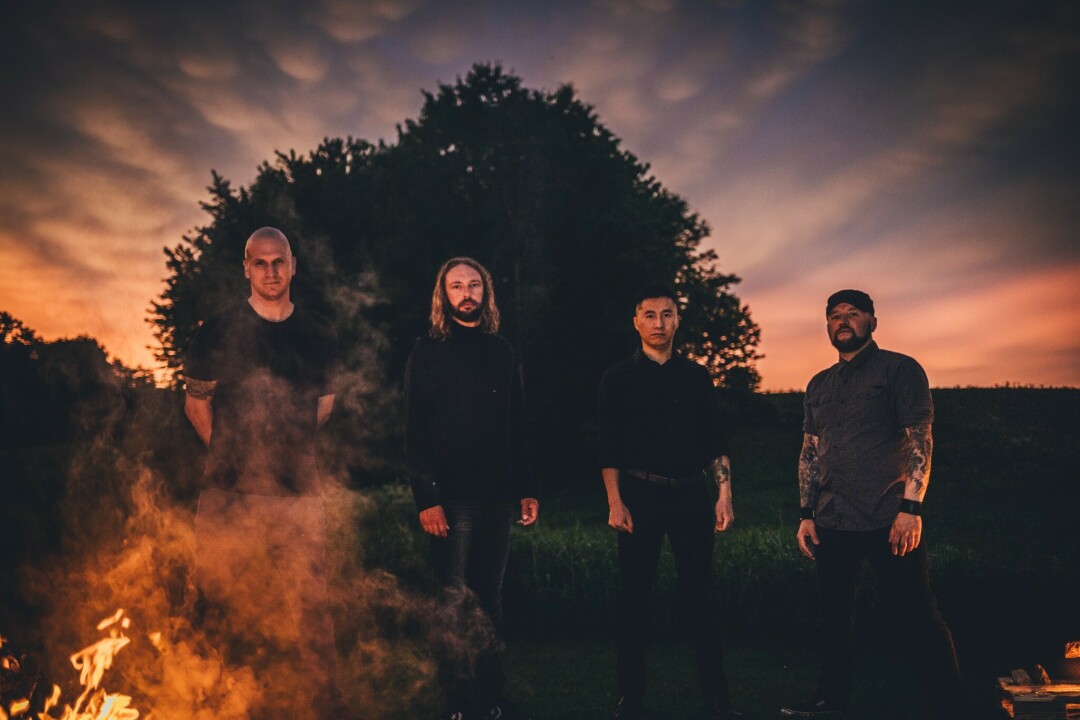 SLOW BURN. Ghosts of the Sun signed to a label and dropped a majestic self-titled album of long-winding instrumental metal songs. (Photo by Trenity White)

There has long been a tradition of metal bands recording one epic instrumental track for an album. Think Iron Maiden’s “Losfer Words” or Metallica’s “Orion” or Faith No More’s “Woodpecker from Mars.” Now imagine a band composing an entire album of instrumental music. It’s not as weird as you might think (see Godspeed You! Black Emperor, Pelican, Russian Circles, etc.). Prepare to add Eau Claire’s own Ghosts of the Sun to that list.

I meet up with the band in guitarist Eric Giardina’s basement. Joining us are guitarist Rick St. Germaine, drummer Justin Terry, and bassist Alex Vang, the latter’s disembodied voice dropping into the conversation via speaker phone, an act which allows the rest of us to better socially distance.

Ghosts of the Sun’s eponymous debut album was recorded at F5 Soundhouse in early March, around the time the band was added to CB Entertainment’s artist roster. “Doors were opening for us,” says St. Germaine, noting the band ended up on Revolver magazine’s playlist, “and then venues everywhere shut down.” 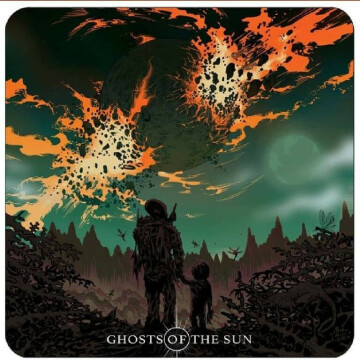 “Playing without a vocalist allows us to think outside the
box and structure songs differently.”

However, the band has taken this in stride, too. “This is the first time,” Giardina says, “we, as musicians, have had time to sit back and digest an album we’ve created. So, thanks, COVID.” He then points out digital platforms are still open, and the band has been able to create lyric videos for songs like “Atmos.” Hearing an instrumental band use the phrase “lyric video” produces a certain irony.

Giardina laughs, “We don’t hate singers. The problem was we were sounding like every other band we’d been in before.”

Vang’s voice pops in from the ether: “Playing without a vocalist allows us to think outside the box and structure songs differently.”

Spinning the disc, one really doesn’t miss the vocals. The rich and layered soundscapes are interesting enough on their own. Still, I ask if there are any specific challenges to writing songs without the engine of a vocalist to drive them. “Endings,” Terry smiles, and then continues, “Someone brings a riff, and I think, ‘What can I do around it? How do I grow this into the next riff?’ It makes for some pretty long songs.”

Over half the songs on the album clock between the six- and 10-minute range. And with titles like “Enlil” (an ancient Mesopotamian god of wind, air, earth, and storm), “The Elemental,” and “Sol,” it’s no surprise to find saurian rhythms, heaving riffs, and cosmic melodies.

But there are quieter moments, too (like the fragile beauty of  “Existia”). It’s all part of the album’s charm: to actively invite the listener to participate in the creation of a narrative. “Our titles are intentionally vague, unusual, or sci-fi sounding,” says Terry. “They’re meant to be a kind of canvas for the listener to paint a world upon. There are ways other than lyrics/vocals to find a story in music. Hopefully, listeners are captivated enough to find a story within our music.”

Ghosts of the Sun’s debut album is available at Revival Records and at ghostsofthesun.bigcartel.com