“I knew that I wanted to honor her,” says the artist. “And I knew I wanted to do something big in town.” 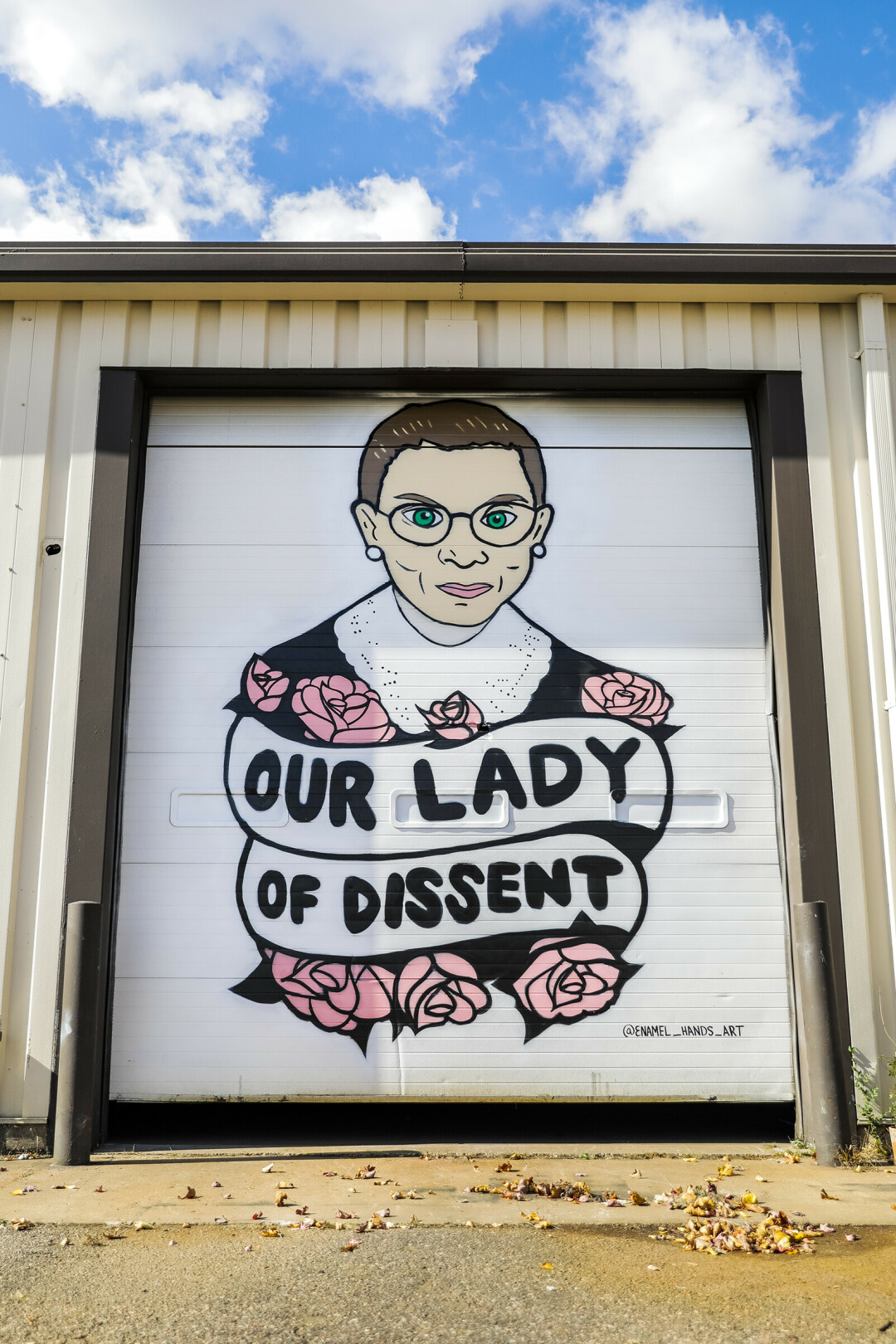 “Dissents speak to a future age. It’s not simply to say ‘My colleagues are wrong, and I would do it this way.’ But the greatest dissents do become court opinions and gradually over time their views become the dominant view. So that’s the dissenter’s hope: that they are writing not for today, but for tomorrow.”

This quote from late U.S. Supreme Court Justice Ruth Bader Ginsburg is one that local artist Enamel Hands took to heart when creating his new mural of the iconic women’s rights figure at Artisan Forge Studios, 1106 Mondovi Road, Eau Claire. “I knew that I wanted to honor her,” he said of the justice, who died in September at age 87, “and I knew I wanted to do something big in town.”

He reached out to the Few and Far Women – an all-women arts collective dedicated to supporting female graffiti artists and skateboarders – and used their organization as inspiration for his mural, which depicts Ginsburg in her prestigious collar – representing her strength and professionalism – along with more feminine roses (which can still be a little prickly).

“There is a lot more that we need to do to get equality.
I want it to be empowering.”

Enamel Hands also included the phrase “Our Lady Of Dissent” as reference to her powerful opinion as a lawyer, professor, and – eventually – Supreme Court justice. Enamel Hands is most known for his work with graffiti art – often an illegal art, which is why he prefers to use his artist name publicly – which makes the mural more interesting: its graffiti-like style is a form of dissent in and of  itself.

“She is the Notorious RBG,” Enamel Hands said, “and I think she is notorious for her dissent.” He hopes the mural empowers people to continue fighting for equal rights. “There is a lot more that we need to do to get equality,” he said. “I want it to be empowering.”