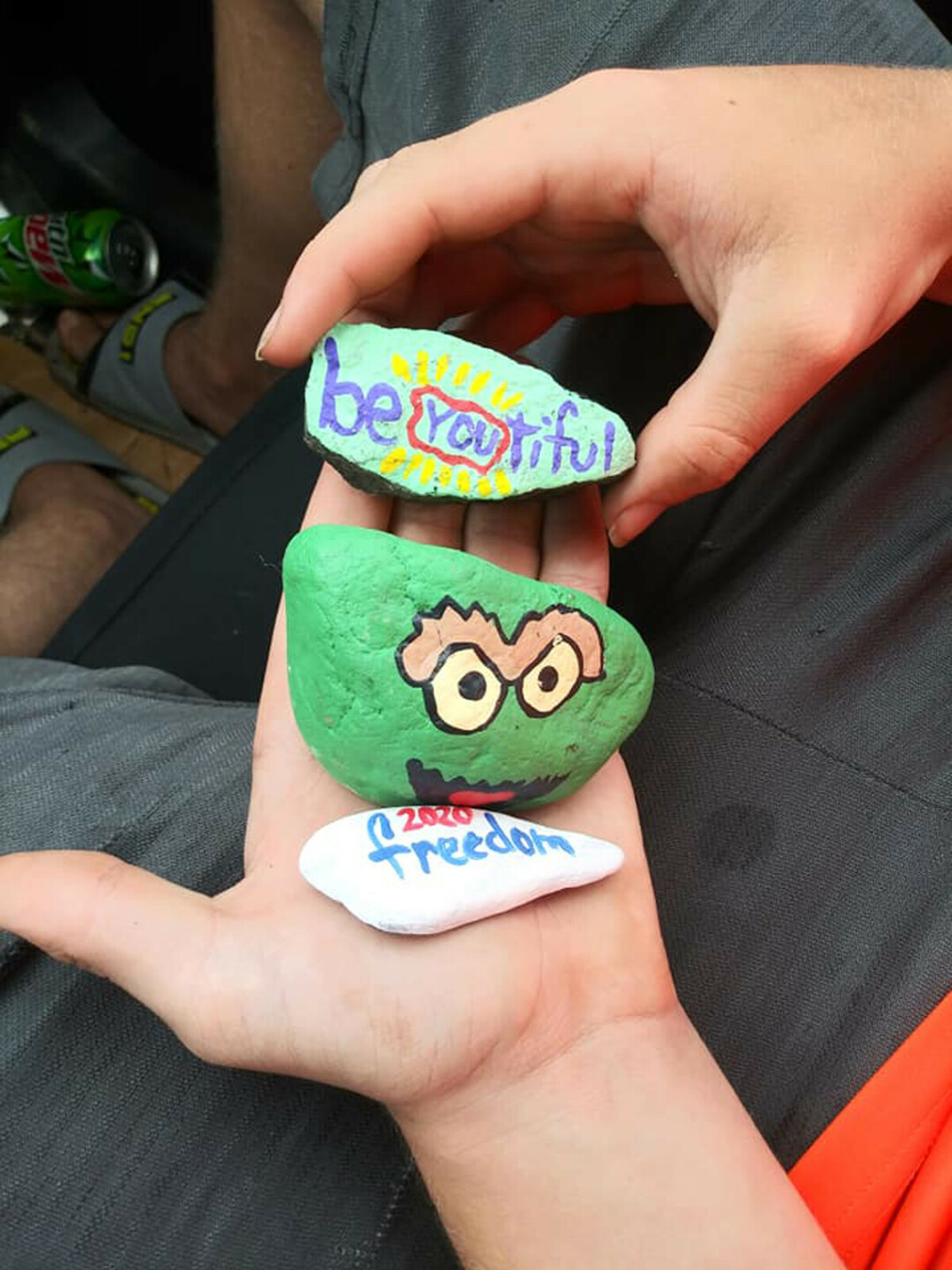 YOU ROCK. Local rock-painting and rock-hunting groups have been hiding rocks around the Chippewa Valley for years now, but many people have been joining in to spread some joy amid such weird times. Have you spotted any?

Have you been feeling a little down lately? Well, there’s nothing like some local folks spreading rockin’ affirmations to cheer you up. Literally. Eau Claire Rocks, Menomonie Rocks, Altoona Rocks, and Rocks of Chippewa comprise lots of joyful, cheerful locals looking to spread positivity in the community through hand-painted rocks.

add something positive in someone's life with art and a message. 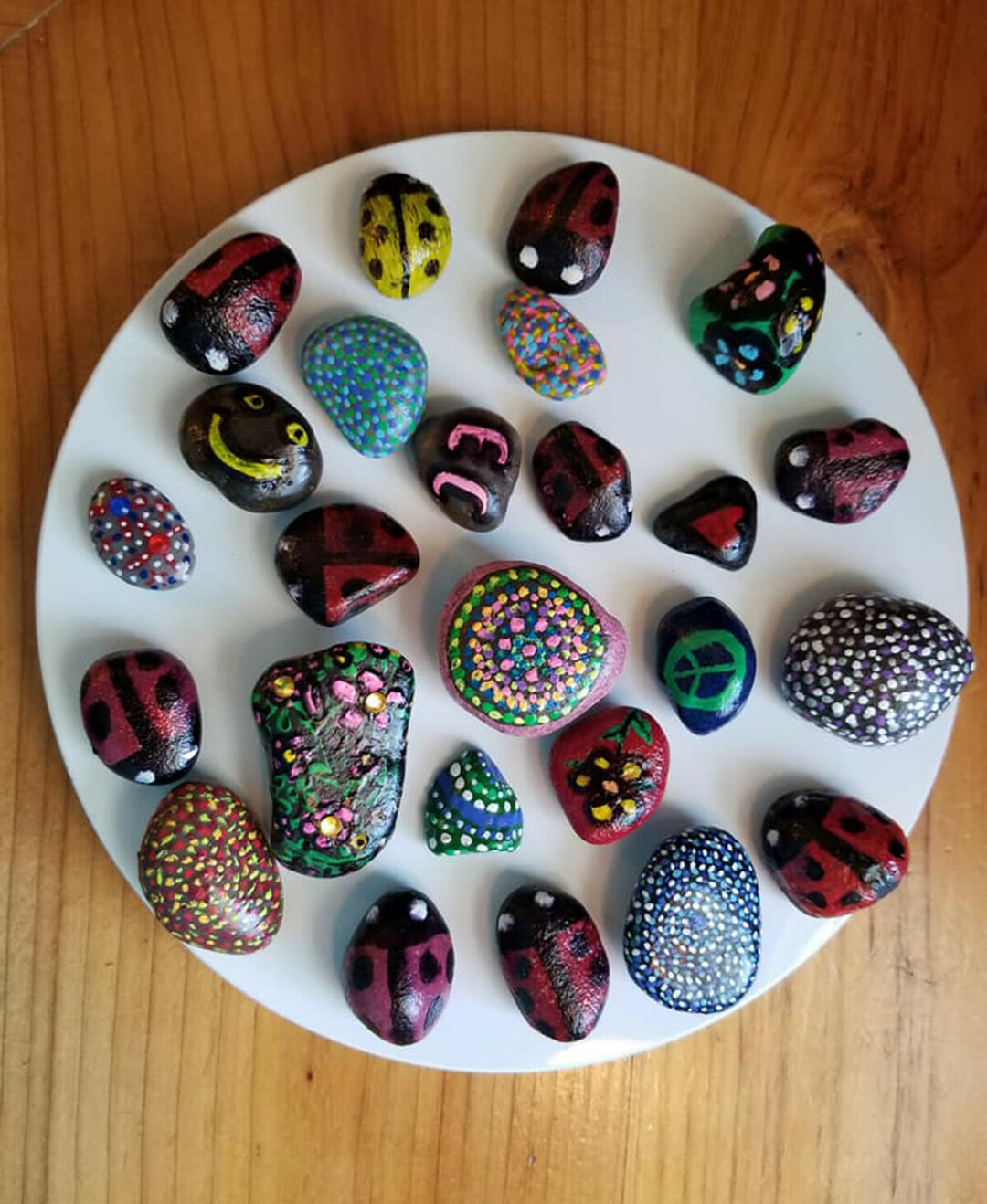 “There are so many negative things happening in our world today,” said Sheila Castleberg Kalish, the admin of the Eau Claire Rocks Facebook group. “This group has the potential to add something positive in someone’s life with art and a message.” People from all around the Chippewa Valley hide these colorful, delightful rocks – and they hide them all over the place: in a parking lot, near restaurants, in parks, by a light post. “The deeper they are hidden, of course,” Castleberg Kalish said, “the harder they are to find.”

"The deeper they are hidden, of course, the harder they are to find."

Sometimes the groups host formal scavenger hunts, such as the Altoona Rocks group did in September. But organized or not, you can always find some positivity peeking around a hidden corner. You can find each of these rock groups on Facebook. To get involved, Castleberg Kalish recommends joining the group and painting some rocks of your own for other folks to find! Gena Fischer, who now runs the Facebook page and group, says the rock groups are great for kiddos.

"We love spreading cheer and seeing the kids' smiling faces," she said. "I even went to an event in Milwaukee where I painted 180 rocks to give away as prizes to the kids. They love them!" 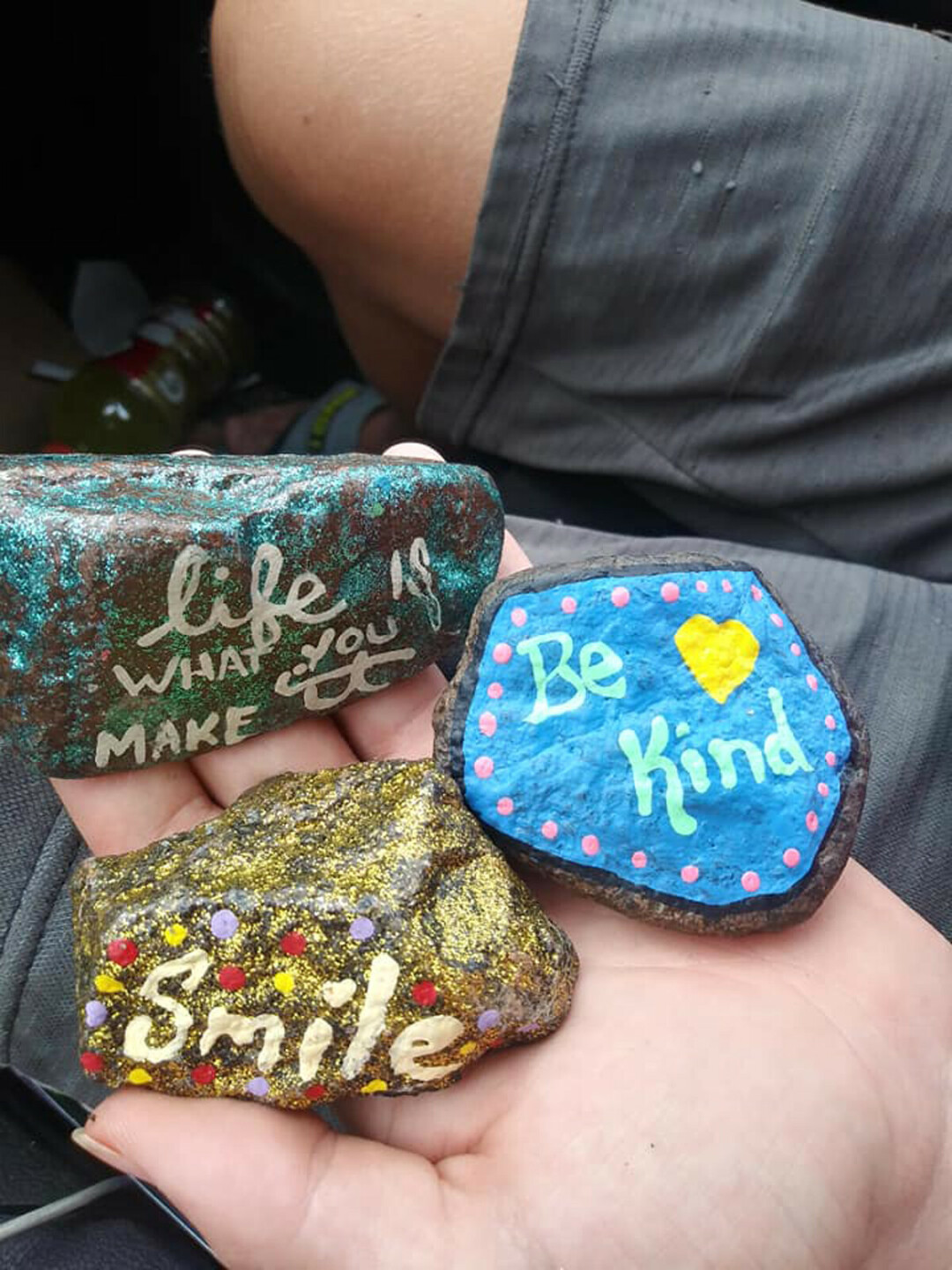