A Local Look at ‘How The Other Half Lives’ 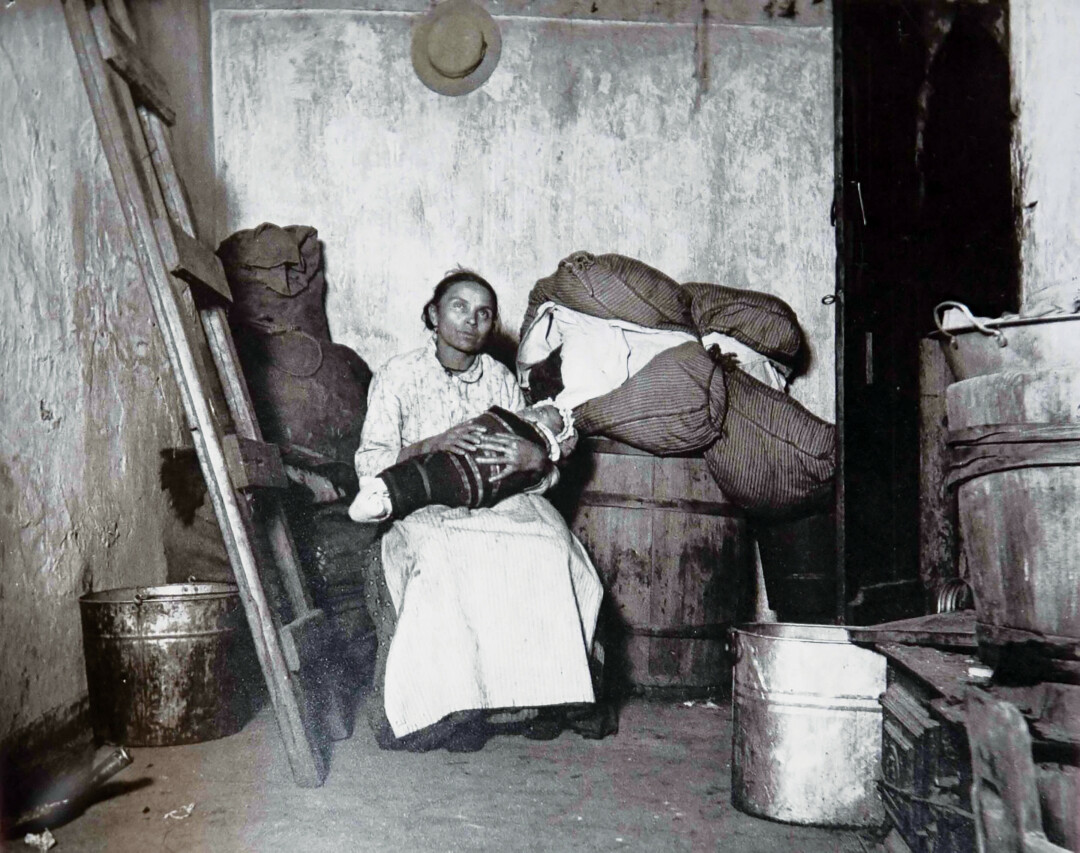 Italian Mother and Her Baby in Jersey Street, 1888-89 by Jacob Riis.

Handwritten journals, film photographs, and personal correspondence are among the items featured in the Chippewa Valley Museum’s seven-week traveling exhibit Jacob Riis: How the Other Half Lives, which will run through Oct. 20.

“While New York City gained notoriety for its slums, substandard housing conditions were not limited to New York City, then or now,” said museum director Carrie Ronnander in a press release. “Local speakers will help connect the exhibit to issues that are so very relevant today, like affordable housing, and encourage people to consider how social change happens."

Jacob Riis was a reporter and activist in the late 19th and early 20th century who used photojournalism to expose the stark living conditions of the poor and impoverished of New York City including alleyways, tenements, sweatshops, and other parts of city slums, which he published in his book How the Other Half Lives: Studies Among the Tenements of New York.

“Local speakers will help connect the exhibit to issues that are so very relevant today, like affordable housing, and encourage people to consider how social change happens."

The Chippewa Valley Museum exhibit featuring Riis’ work is an adaptation of the Museum of the City of New York’s exhibit: Jacob A. Riis: Revealing New York’s Other Half and is a part of the NEH on the Road program organized by the Mid-America Arts Alliance. The exhibit has some kid-friendly options, such as “Vintage Toys and Games” – an interactive play opportunity where kiddos can learn about popular games from 125 years ago during a Zoom session with Karen Jacobson, museum educator, and Rebecca Mattson, a retired Eau Claire Area School District teacher.