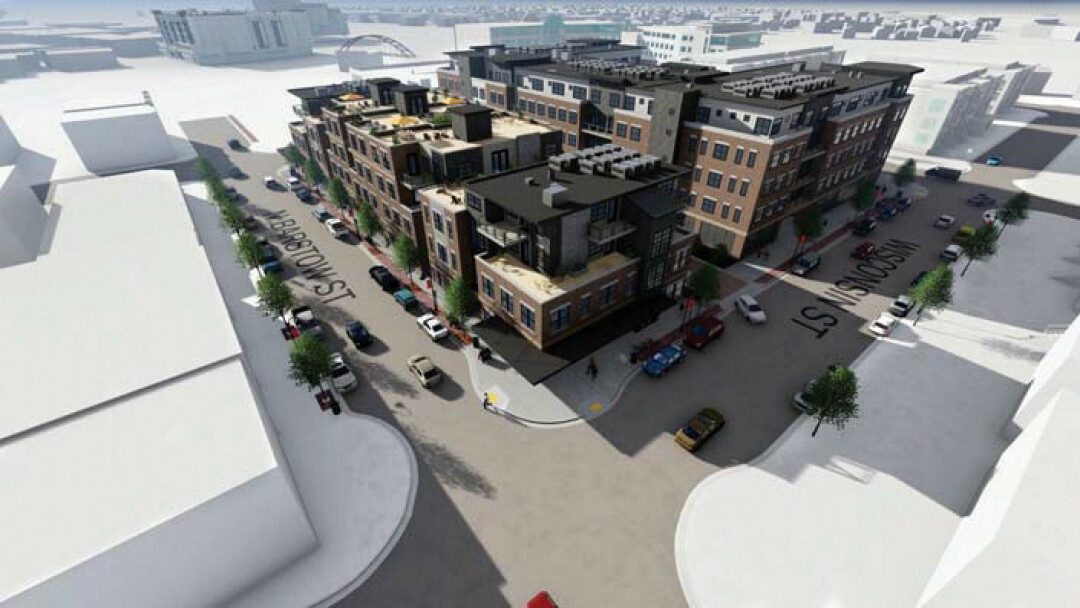 A bird's-eye view of a potential design for Eau Claire's Block 7 at the intersection of North Barstow and Wisconsin streets.  (Ayres Associates)

The City of Eau Claire is once again considering concepts for what could fill one of the final pieces of the North Barstow Street redevelopment puzzle, the plot of land known as Block 7.

Now a city-owned (and meant-to-be-temporary) parking lot on the west side of North Barstow between Wisconsin and Galloway streets, the block has been eyed for development for years but plans have repeatedly fallen through. Most recently, the city’s Redevelopment Authority commissioned a study by Eau Claire-based engineering firm Ayres Associates to analyze the best way to develop the block.

The study, which was presented to the RDA in September, included five different configurations of what could fit into the 1.6-acre space, said Aaron White, the city’s economic development manager. Among the options examined, the report recommends at least 200,000 square foot of building space encompassing at least 150 apartments, about 5,000 square feet of commercial space, and structured parking.

This scenario includes two buildings, which would allow the project to be built in phases, the report says. Ground-floor units facing North Barstow would be designed “live/work” units, could “range from fully commercial to fully residential, which allows market factors to determine the best end use.”

White said the report will be used as a starting point to present to developers who have expressed interest in Block 7. However, it’s hard to say when development might move forward, said White, who noted that the coronavirus pandemic has caused many developers to take a wait-and-see attitude about pursuing projects.

Here are some additional visualizations of the potential development from the Ayres Associates report: 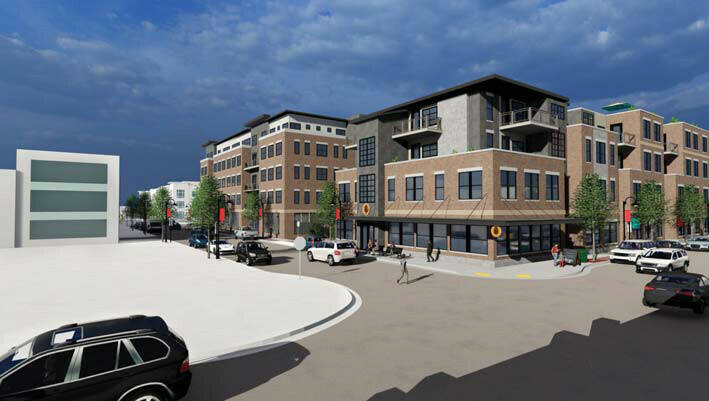 Pedestrian view at the intersection of Hobart Street and North Barstow Street. 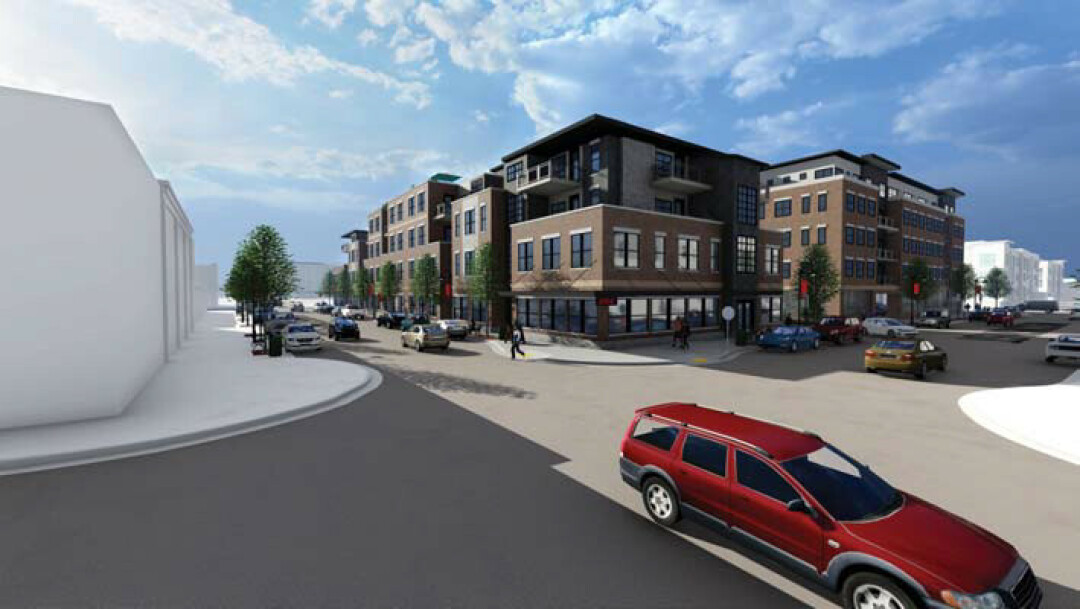 Pedestrian view at the intersection of Wisconsin Street and North Barstow Street. 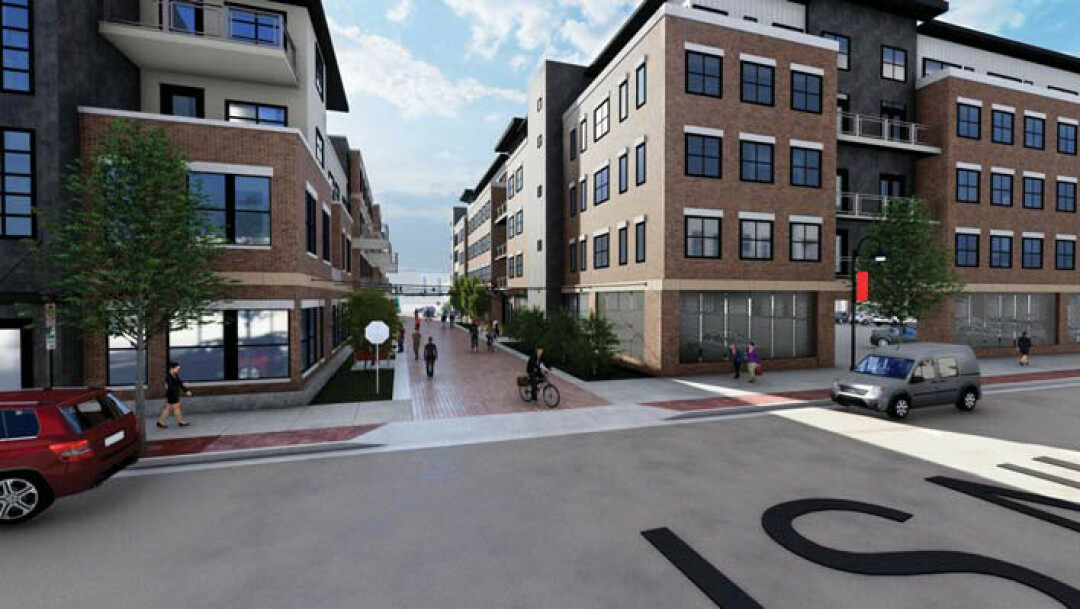 Pedestrian view of the pedestrian alley between the two buildings. 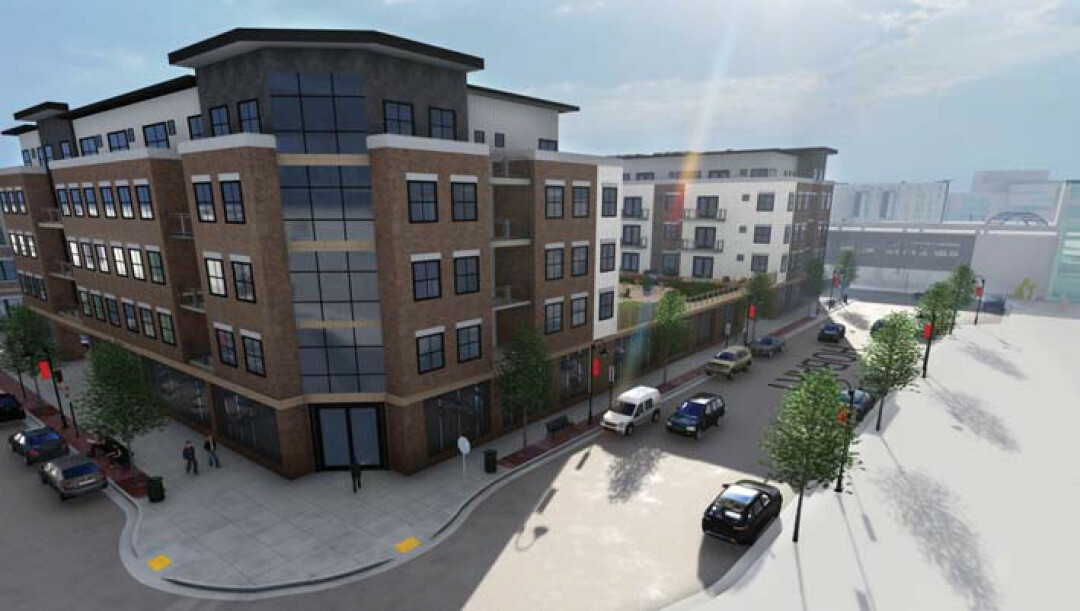 Bird’s-eye view at the intersection of Wisconsin Street and Hobart Street. 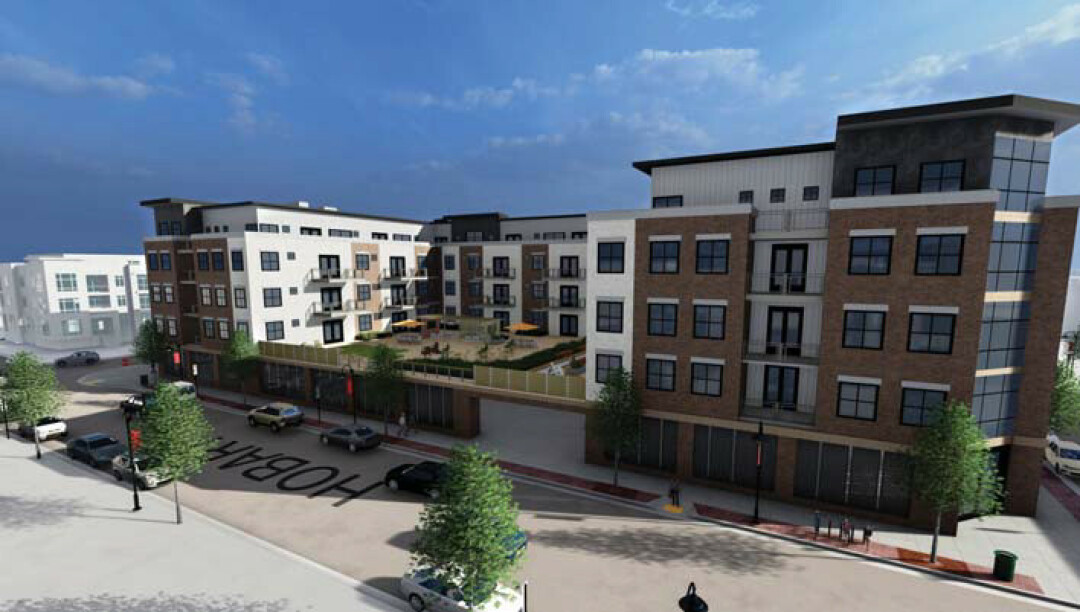 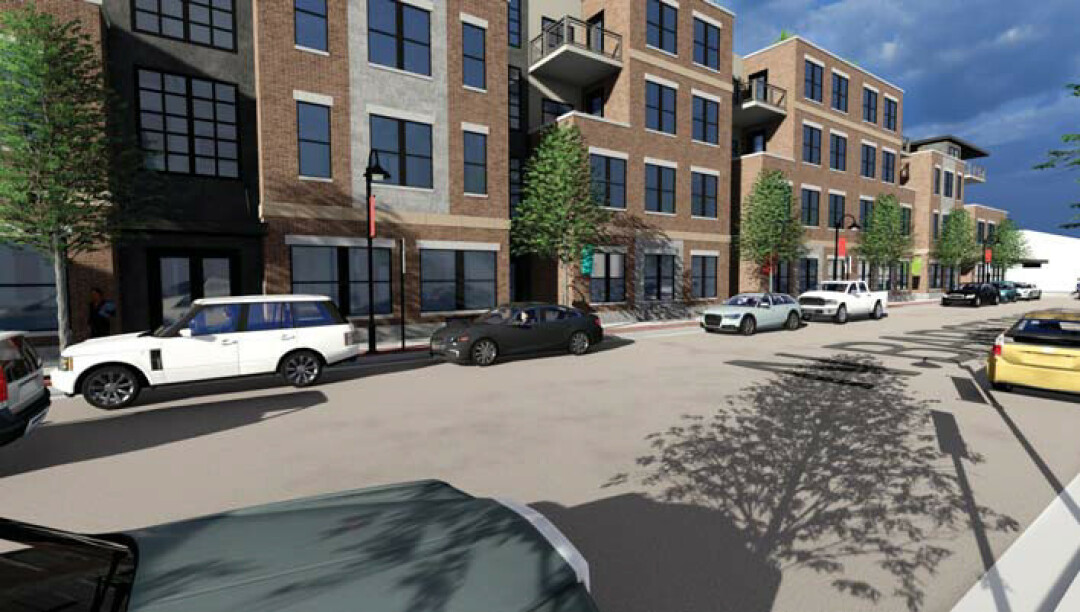 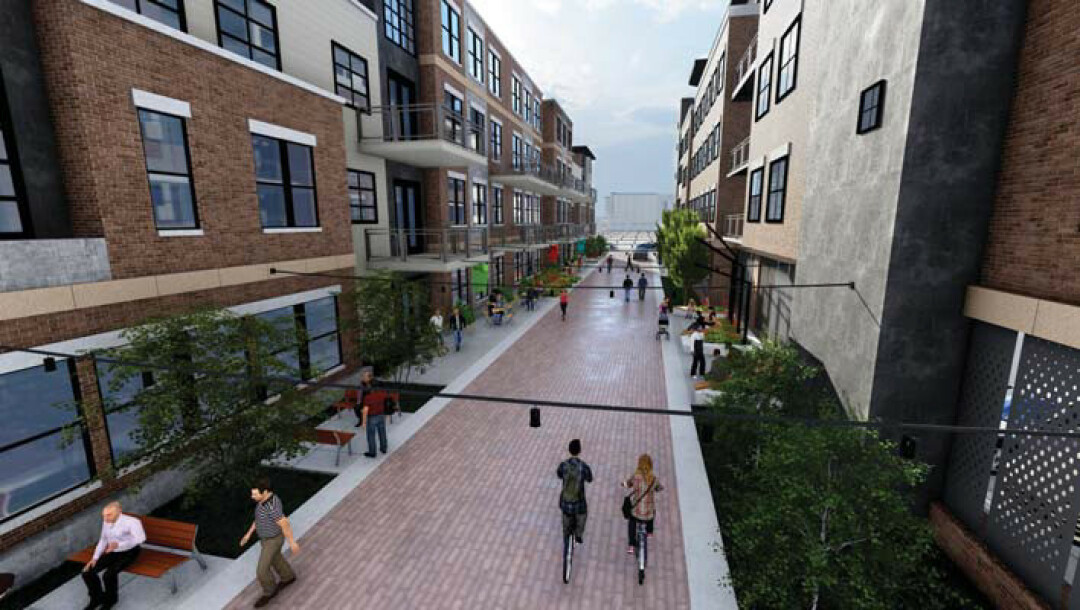 Bird's-eye view of pedestrian alley between the buildings.
share
comments 0