THE HUNT IS ON: Valley Treasure Seekers Get Another Shot at $1,000 Prize 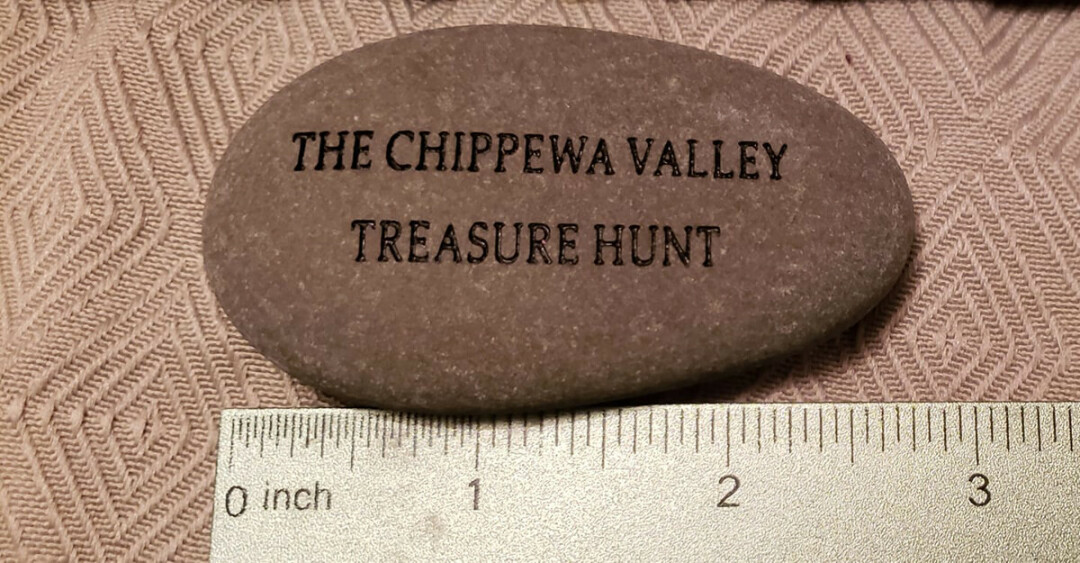 Have you seen this rock? (Submitted photo)

The hunt is on! The official clue for the second Chippewa Valley Treasure Hunt, hosted by local treasure hunter Etrayu Fitzgerald, was released this morning, giving Chippewa Vallians another shot at winning $1,000.

The clue is as follows:

Line up your sight,

Sense of touch, and sound

With the flow of these words

With the woods at your back,

You can still hear the boxcars

In their clear song

With your senses in phase,

In red and green soil

Or gaze East, toward the B

Keep up to date with the treasure hunt on the Chippewa Valley Treasure Hunt Facebook page at www.facebook.com/thechippewavalleytreasurehunt. 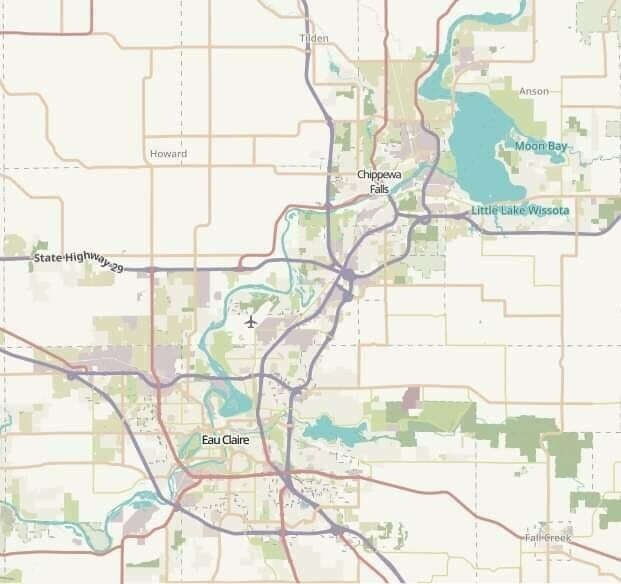 ROCK ON. This will be the official boundary photo for the hunt, according to the Chippewa Valley Treasure Hunt Facebook page. The stone can be hidden anywhere on this map, as long as you are searching on public land. No cemeteries, school grounds, or university grounds.

Here's the original article from the Sept. 10 issue:

If you missed your shot at finding $1,000 in the last Chippewa Valley treasure hunt, have no fear!

The second Chippewa Valley Treasure Hunt, hosted by local treasure hunter Etrayu Fitzgerald, will begin at 8:30am on Tuesday, Sept. 22, giving you a shot at finding some spectacular treasure – and winning $1,000.

“While I want this to be an annual event, people have been calling for a second one in the autumn,” said Fitzgerald, an avid treasure hunter. “Depending on how the pandemic continues, there may be additional hunts in the coming months to keep people busy and engaged.”

And, it seems people are already excited. “Dang it,” one local commented on the Facebook announcement. “I got up this morning thinking it was the day, just to discover I am a month off.”

Similar to the first hunt, which was held in July, the item to look for will be something small – likely another stone – which is yet to be officially determined. Clues will be posted to the Chippewa Valley Treasure Hunt Facebook page and group, with an image showing hunt boundaries and rules.

“Be creative,” Fitzgerald advised, “keep an open mind about the clues, and while you’re waiting for the hunt to start, try to get familiar with public lands and parks in the Chippewa Valley!”